Skip to content
View cart “3 Survival Keychain” has been added to your cart.

If you’re like me, the ability to protect yourself and your loved ones is a top priority.

Personally, I believe the best ways to do this are with a gun or knife… But it’s not always possible – or legal – to carry these items on you.

But what if there was a personal protection tool you could legally carry virtually anywhere and everywhere you go?

One you could carry on an airplane… college campus… courthouse… or any number of highly secure buildings?

What if it was so simple to master that anyone from age 15 to 85 could use it to defend themselves?

Well… there is such a tool, and I personally carry it on me every single day… as do my family members… closest friends… and training students…

In short, I’m talking about a tactical pen.

If you don’t know what a tactical pen is, it’s a specially engineered pen, made of solid metal that makes a remarkable self-defense tool.

In other words, not only can you use it to stop an attacker, but it can also be used as a glass-breaking device in the event of an emergency.

My name, by the way, is Jason Hanson.

I’m a former CIA Officer and author of The Covert Guide to Concealed Carry.

I’ve been interviewed by the Wall Street Journal, Huffington Post, and Fox News, to name a few.

In fact, not too long ago, I was asked to write an article for Combat Handguns magazine where I wrote about my tactical pen. (A snapshot of the article is below.) 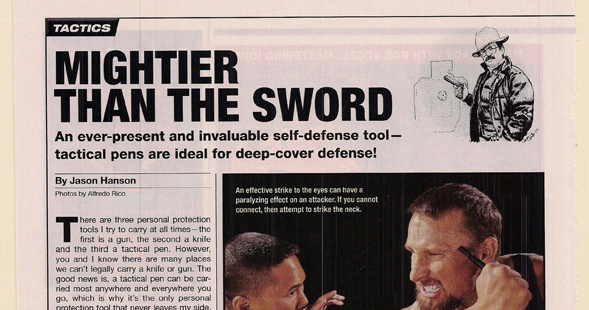 And that brings me to the point of this letter…

The tactical pen that my family members and I carry is actually quite difficult to find. But through a long and tedious process that I won’t bore you with I’ve been able to secure some extra pens.

“Jason, I recently purchased a tactical pen while in the Ultimate Concealed Carry Course. I love it, have traveled quite a bit, including overseas, without any TSA troubles. This pen is awesome, it’s lightweight, durable, and easy to carry around. I always have it with me.” ~Laura Hollingsworth, Suffolk, VA

“I also purchased a tactical pen during the course, having already been convinced of its utility virtually anywhere (as opposed to pepper spray and the Swiss Army knife that most of the time I have to leave at home)… as I work as Congressional staff and must walk through a metal detector/bag x-ray to get to my office everyday.”
~Chris Fogelberg, Arlington, VA

“For those of us who work in one of the many highly secured federal buildings in DC, the tactical pen is the perfect solution. I can get through daily security checks with it and not worry about it getting taken away. The tactical pen definitely gives me peace of mind to know that I am not completely helpless…”~Katie Mullins, Arlington, VA

And one of my students even brings his tactical pen aboard the President’s plane, Air Force One. (He’s in the military and works on Air Force One.)

The good news is, I have a few extra tactical pens that I’ve decided to offer to the general public.

I’ve seen some people selling these types of pens for prices ranging from $50 to $300.

One fellow, Peter Childs of Sacramento, CA, recently ordered 4 tactical pens and sent me an email saying, “The pens are a quality product and well worth the price.”

“I enjoyed your online course… I also got my tactical pens. These are great. Sturdy and a nice heavy clip. I have carried it since I received it a couple of weeks ago.”

And don’t forget, this pen writes like a standard ink pen and is refillable. It also comes with a no questions asked, 100% money back guarantee.

In other words, if for any reason (or no reason at all) you don’t think this Tactical Pen is worth every penny, just let me know and I’ll give you a prompt and courteous full refund.

The bottom line is, with the way society is headed, getting a tactical pen is one of the smartest ways to protect yourself no matter where you live or what you do for a living.

In fact, look at this note that Gary Prince (the Vice-President of a food manufacturing company) sent me…

“Hi Jason, I travel around the world and live in places (other than the US) more than 11 months out of the year. Your tips have helped me survive 2 mugging attempts in China. Your advice on owning and carrying the Tactical Pen has been very valuable.”

Simply enter the number of pens you’d like, and as soon as I get your order I’ll immediately ship your pens by first class mail.

Also, and this is important… since I have a limited supply, there is a limit of 4 tactical pens per person.

P.S. Some people have asked me if I really carry my tactical pen everywhere, and the answer is yes… In fact, let me tell you a funny story of what happened to me in the Las Vegas airport.

When I fly, I always carry my pen in my laptop bag, pictured below: 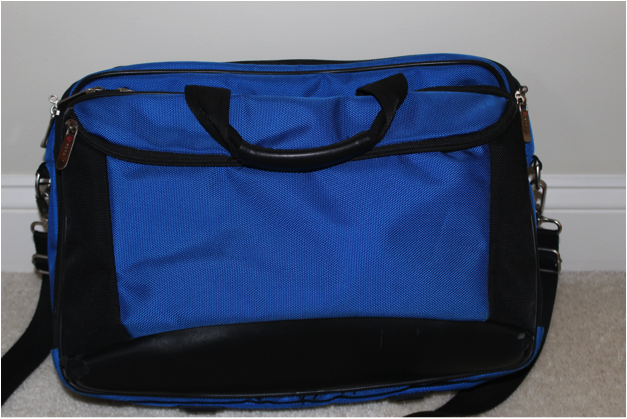 I was flying home from Las Vegas a few months back and I put my laptop bag through security as usual. As the bag went through, the TSA person lifted up the bag and asked whose it was.

I told him it was mine and he said, “There’s a knife in the bag and we need to search it.”

I was surprised to hear this and had no idea what he was talking about and I sure didn’t remember any knife in my bag.

Well, I proceeded to watch the TSA worker dig through my entire bag and go through everything including my tactical pen.

Finally, I watched the worker dig in one of the pockets and pull out a keychain with a tiny knife on the end of it.

He asked me if I wanted to go check it and I said no because it obviously wasn’t worth my time to go all the way back through security for a tiny keychain knife.

The scary thing is, I’ve been going through the airport with that bag for the past 5 years and this is the first time anyone has found that small keychain knife, which I’d obviously forgotten about. But my point is, he skipped right past my tactical pen and didn’t care. 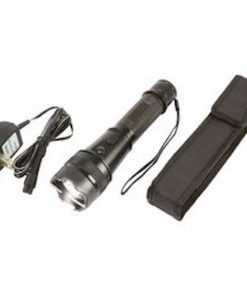 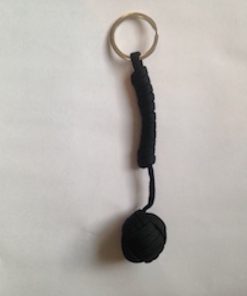 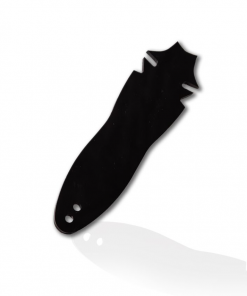 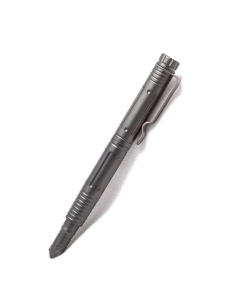 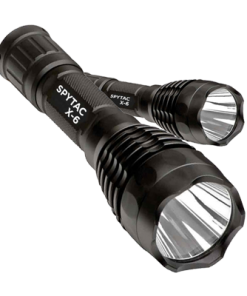 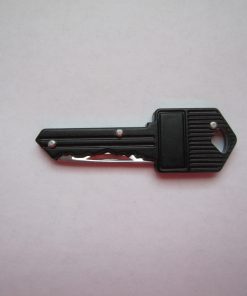 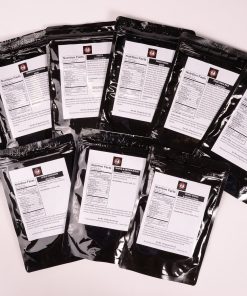