Home Blog Services You Can Provide During a Crisis

The Depression lasted almost 10 years and resulted in massive loss of income, record unemployment rates, and output loss, especially in industrialized nations such as the U.S.

The fact is, no matter what you did for a living, every American was affected by the Great Depression.

For example, farmers suffered greatly because many of the goods they were growing were worthless. There are many stories of farmers who actually burned their crops for warmth during the winter months since they were unable to sell them.

My point is, during an economic crisis, goods and products can quickly become worthless, which is why it’s critical to prepare for an economic meltdown or other disaster by having a valuable service to provide to people.

You and I both know it’s only a matter of time before the U.S. economy sees another collapse. While it may not be as severe as the Great Depression, those who prepare now will obviously be in a much better position to take care of their families, which is why you may want to consider learning one of the five skills below.

Medical. Now, most of us aren’t doctors and aren’t going to obtain a medical degree but having some formal medical training could become very valuable during a crisis.

For instance, taking some first aid classes at a community college or even obtaining basic EMT training could help you provide services during a crisis.

Not only could people be injured after a disaster, but during a long-term economic collapse many people won’t be able to have access to and/or afford medical services.

Mechanic. Having skills to fix cars or other equipment will definitely be in need. For instance, being able to fix farm equipment or even water pumps could be beneficial since people will still need food to eat and have access to water to survive.

There are colleges and trade schools all over the country that teach basic mechanic skills.

Gunsmith. During any emergency or crisis, you always need a way to protect yourself and for me that way is with a firearm. Many people who own firearms may not know how to properly clean or fix them.

Since self-defense is so crucial during these types of events having the skills to fix and maintain guns will be very valuable. Thankfully, there are many gunsmithing courses that you can take online these days.

Electricians. It’s no secret that the electrical infrastructure in the U.S. is aged and could easily be taken down by the Russians, Chinese or North Koreans.

Even if you learn electrical skills you obviously can’t repair the entire grid but you could help people with solar power, or even fix minor electrical issues around the home. In addition, since many of our communication methods rely on electricity this skill could become very helpful during a disaster.

Construction. Having some basic construction or handyman skills make your services sought after during a disaster. Many people may need basic home repairs and won’t have the money or ability to hire a contractor.

Being able to complete repairs around the home such as fixing doors or other basic tasks would make your services desired by many people.

Even though you probably won’t be charging top dollar for these services during a crisis, they will no doubt be helpful to your own family.

Plus, you can use them for bartering with others who may have skills or goods your family needs but doesn’t have at the moment. 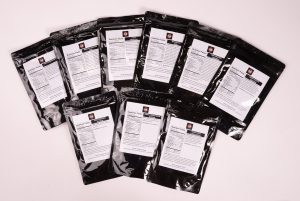