The 9th U.S. Circuit Court of Appeals is no doubt one of the more controversial federal courts in the United States. It’s commonly referred to as the “Nutty 9th” or the “9th Circus Court.”

The fact is the numbers speak for themselves when it comes to the court’s rulings. From 2010–2015, around 79% of the cases accepted for review by the 9th Circuit were reversed — one of the highest rates in the country.

However, recently, the typically liberal-leaning 9th Circuit has handed down rulings surprising people from both sides of the aisle…

Last year, the state of California passed a law that made it illegal to possess a rifle magazine that can hold more than 10 rounds, essentially turning thousands of lawful gun owners into criminals.

According to the law, any person who possesses a legally purchased magazine capable of holding more than 10 rounds of ammunition must either remove the magazine from the state, sell it to a licensed firearm dealer or hand it over to law enforcement. Citizens who retained their magazines after the law went into effect could be fined or sentenced up to a one year in a county jail.

I imagine that many California gun owners didn’t willingly give up their magazines, leading people to be concerned that California would simply create another law to seize them.

In a ruling that shocked many folks, the judges in this case relied on the historical intention of the Second Amendment to have a “well-regulated militia” as written by our Founding Fathers.

When the Second Amendment was written, most gun owners owned a single-shot musket. The authors of the Constitution didn’t anticipate a day when Americans would be able to purchase magazines that could hold 30 rounds. So obviously, they didn’t include anything about magazines because they weren’t available during that time.

As you probably know, Hawaii has some of the most restrictive gun laws in the country. The state currently employs a “may issue” gun-carry law, meaning state officials may deny permits to applicants even if they’ve passed a background check and training requirements. To put this into perspective, in 2016 and 2017, ZERO civilians were issued permits to carry a concealed weapon in Hawaii.

According to Judge Diarmuid O’Scannlain, who wrote the ruling, “For better or for worse, the Second Amendment does protect a right to carry a firearm in public for self-defense.” The thing is I believe that both California and Hawaii will fight both of these rulings. In the end, there is a chance these cases could reach the Supreme Court.

That being said, the latest nomination for the Supreme Court, Brett Kavanaugh, has a history of ruling in favor of the Second Amendment. Even though the 9th Circuit will probably remain a controversial court, it’s encouraging to see the judges making decisions based on the Second Amendment as it was written. 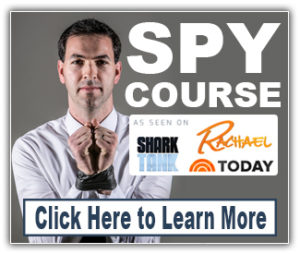