Home Blog Homeland Security Warning: Your Calls Are Being Intercepted

Currently, an estimated 6 million people call the Washington, D.C., metropolitan area home. With a population of that size, it’s easy for people (and things) to blend in.

Let’s say someone left a small item the size of a suitcase in an alley or under a stairwell. It would likely go unnoticed for a while. Well, that’s exactly what’s happening around our nation’s capital.

They are actually small electronic gadgets designed to mimic a cellphone tower. In other words, these devices trick your phone into connecting to it instead of an actual cellphone tower, thus intercepting your phone call.

According to the Department of Homeland Security (DHS), these spying devices are a growing risk. They have been found in several high-profile areas including near the Trump Hotel on Pennsylvania Avenue.

The DHS warned that these devices could prevent cellphones from making 911 calls as well as intercept calls and messages. Even worse, they confessed they haven’t determined who is operating them.

Most likely, these devices are being deployed by foreign governments. My first guess is China; second, Russia. The bottom line is we know that our cellphone communications are easily listened in on and massive amounts of cellphone data are constantly being collected.

In fact, I was recently talking to a former agency colleague who told me he assumes every phone call he makes is being monitored — and he’s probably right.

That’s why I want to introduce you to three different smartphone applications that can encrypt your phone calls. For the sake of your privacy and security, I recommend using them — no matter where you live.

In this day and age, I would tell every American to act like there is always someone listening in on their phone conversations. With the spying that goes on these days, everyone is at risk — even if you aren’t a clandestine government employee.

The next time you want to share a secret document with a co-worker — or you simply want to relay personal information to a family member — consider using one of these programs to ensure no one is listening or intercepting your information. 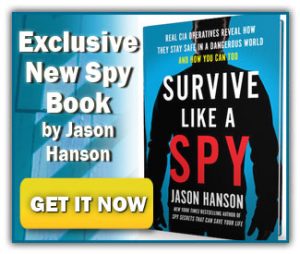