About seven months after Hurricane Maria struck Puerto Rico, an unexpected blow to the electrical grid caused a massive power outage. Then — less than a week later — another blackout plunged the island into darkness.

According to a report, “The Puerto Rico Electric Power Authority, known as PREPA, said a tree fell on a major power line, knocking out service to 870,000 customers, about half its clients.” The tree damaged a major transmission line in the small mountain town of Cayey on April 12, where workers were still trying to clear vegetation from last year’s storm.

On April 18, an excavator accidentally got too close to a high-voltage transmission line, causing an islandwide blackout. Electricity was restored to 97% of the island by the following afternoon. However, as of last Thursday approximately 18,000 homes are still without power eight months after Hurricane Maria made landfall.

It seems like Puerto Rico can’t catch a break. The island’s aging electrical infrastructure has made it impossible to bounce back from the largest blackout in U.S. history — the second largest in the world after the outage from Typhoon Haiyan ripped apart the Philippines in 2013.

To put this into perspective, Puerto Rico has lost more electrical customer-hours (3.4 billion) due to Hurricane Maria than the rest of the U.S. over the past five years combined.

On Friday, FEMA ordered the U.S. Army Corps of Engineers to pull out of Puerto Rico, leaving the task of getting the country’s power grid back up and running unfinished. However, they are leaving behind 700 generators and at least two mega-generators to help keep the grid stable.

There is no question that Puerto Ricans have had to endure incredible devastation in the past year. Unfortunately, many of them are still struggling to repair their homes — and their lives — before hurricane season begins again in just a few weeks.

Obviously, this situation isn’t unique to Puerto Rico. Parts of the continental U.S. have faced major blackouts as well. And it’s only a matter of time before the next natural disaster — or a cyberattack targeting our electrical grid — causes a large-scale power outage.

Considering this, I want to make sure you are prepared with a simple blackout kit to help you and your family survive short- or long-term power outages.

Flashlights. You need to have multiple flashlights — not just one big Maglite for the whole family to share. I recommend having several smaller flashlights you can use around your home and at least one large one to use in case you need to leave. Make sure the flashlights you choose use LED bulbs. Include multiple extra sets of batteries (I highly recommend using rechargeable batteries) in your kit, since you never know how long the power will be out. I also advise keeping a flashlight on every level of your home so you can grab one quickly and easily when the lights go out. (For a great deal on a flashlight bundle that includes two full-size SEAL Torch flashlights, three pocket-sized flashlights, a headlamp and a tactical survival glove, click here.)

Glow sticks. Yes, those glow sticks. The ones you see kids playing with are great additions to your blackout kit. These chemically activated sticks can provide up to 10 hours of light when you need it most. Plus, they’re fairly cheap. You can buy a pack of 10 glow sticks for around $10 on Amazon. You can purchase them in different sizes and colors, but green is one of most common you’ll find. The only downside is the chemicals inside can expire, so make sure you update your kit periodically

Solar-powered light source. If you have a solar-powered lantern (or several), you can leave them outside to charge during the day and bring them inside to use at night. The Forever Lantern is an inflatable LED solar lantern that can last up to 30 hours on a single charge. It illuminates 125 square feet of space, which makes it a great way to light up a room while your family eats a meal or plays a board game to pass the time

Hand-operated can opener. Most people overlook the fact that their electric can opener won’t work when the power is out. The last thing you want to deal with during an emergency is being unable to open your food cans. So buy a manual can opener and add it to your blackout kit as a back-up

750-watt power inverter. Get a power inverter that plugs into your vehicle’s cigarette lighter to charge smaller items such as fans, small power tools, radios, cellphones, laptops and tablets. Many inverters also come with cables that attach straight to the car battery like jumper cables to charge your electronics. This would be ideal for a long-term power outage because you could take the battery out of your car and use it inside to charge critical devices. Depending on the brand, these inverters sell for around $50 on Amazon

Battery-operated AM/FM radio. The ability to get information about what’s happening around your city is a necessity after a power outage. You never know if the weather is going to get worse or if a mob of looters is headed your way. This is why a radio is vital to your blackout kit. A radio can provide 24-hour news and weather updates to keep you abreast of the latest information about your situation. The radio I have in my blackout kit is a Baofeng UV-5R+, which sells for about $30 on Amazon.

Lastly, I recommend storing your blackout kit in some type of waterproof container in case of flooding. When you are putting your kit together, make sure to stock enough items for your entire family. In other words, the more people who will be hunkering down in your home, the more flashlights, etc., you’ll need. 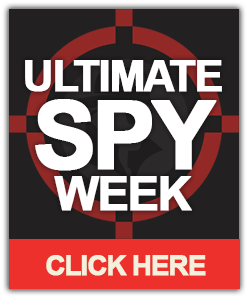