Less than a year ago, while surfing through the cable channels, I saw a guy eating a live maggot. It caught my attention, and by the end of the show, I concluded that he preaches survival techniques in different environmental conditions. Yes, it was Edward Michael “Bear” Grylls show. I found out about the show years after it started on TV.
The question that sticks in my mind after watching a few episodes is “Was that feast of body fluids and insect larva really necessary?”

Edward Michael’s “Bear” Grylls show is not the only survivalist TV show. There are others as well, and all have this “gross but necessary moments” when the presenter eats something that’s moving while the camera is catching the scenes of sluggish green juices dripping out of his/her mouth while devouring the creature. 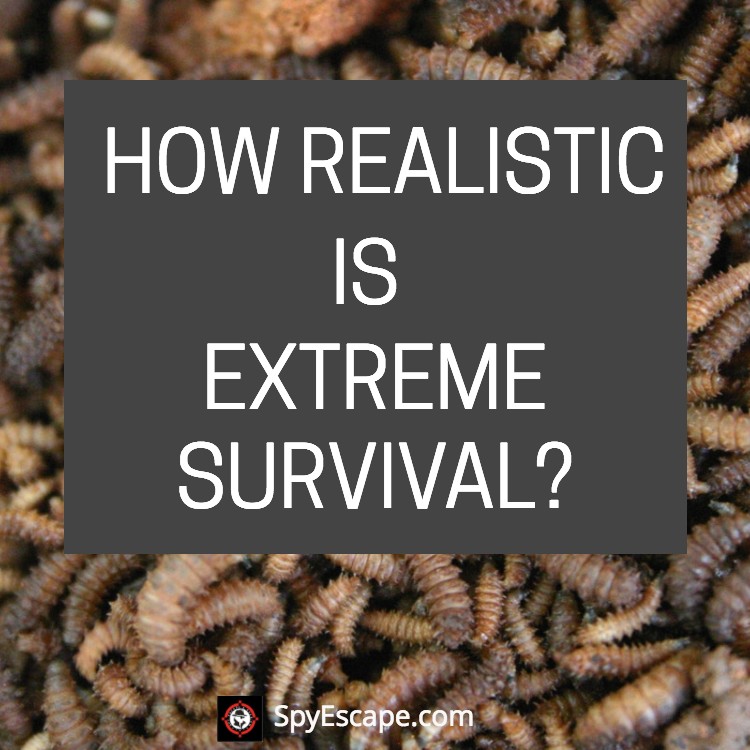 So what’s the reality behind this?

Keep in mind the context of those shows.

This show deals with scenarios in which you are left alone in an entirely hostile environment. Poisonous plants, venomous animals, everything is against you! In real life, the chances of being stuck in such conditions are quite slim. The likely scenario (if you ever find yourself cut off from the rest of the world) is someone will show up looking for you within 72 hours (most likely within the first 24 hours).

A dehydrated person’s urine has such a high concentration that the body cannot use any water from it. It will run through the system and get away in the same amount (probably “pulling out” some of the body fluids with it, causing further dehydration). Also, drinking urine can trigger vomiting and further electrolyte and water loss.

So, does it makes sense to drink urine? Not really. Only the urine of a well-hydrated person can rehydrate the body to a certain extent. Doing so could buy you a few hours in extremely harsh conditions (but where are you going to find urine of a well-hydrated person?). Bottom line, the benefits of such practice are highly theoretical and questionable regarding practical use.

Obviously, you need proteins in extreme conditions to get enough energy and strength to survive. The truth is- there is no such thing as protein depletion because of low protein intake for a few days or weeks (before the rescue comes).

Also, I would collect “gross food” and stay on “safe food” or fasting as long as possible before eating anything I know nothing about. To satisfy nutritional needs, you need a bucket of maggots a day, and concerning nutrition, a few juicy ones won’t make any difference. Again, the risk of vomiting, electrolyte and water loss is great. While eating a few larva won’t save your life, vomiting could kill you if the conditions are right. Also, putting them on fire will turn everything into dust making them nutritionally unusable.

Having a small bag of nuts around at all times is a great idea. It’s a calorie dense food. Even in small amounts, it will provide a lot of energy to go through the first day or two. For example, 150-200 grams a day will provide 750-1000 Kcal. That is just enough to keep moving and stay on your feet.

Bottom line, from the nutritional point of view, eating larva won’t help much. It may cause vomit which could do serious harm.

Instead of a conclusion

This is probably the most American story I’ve heard about. Ever! And it has something to do with survival, so I thought it’s a good idea to share it here. 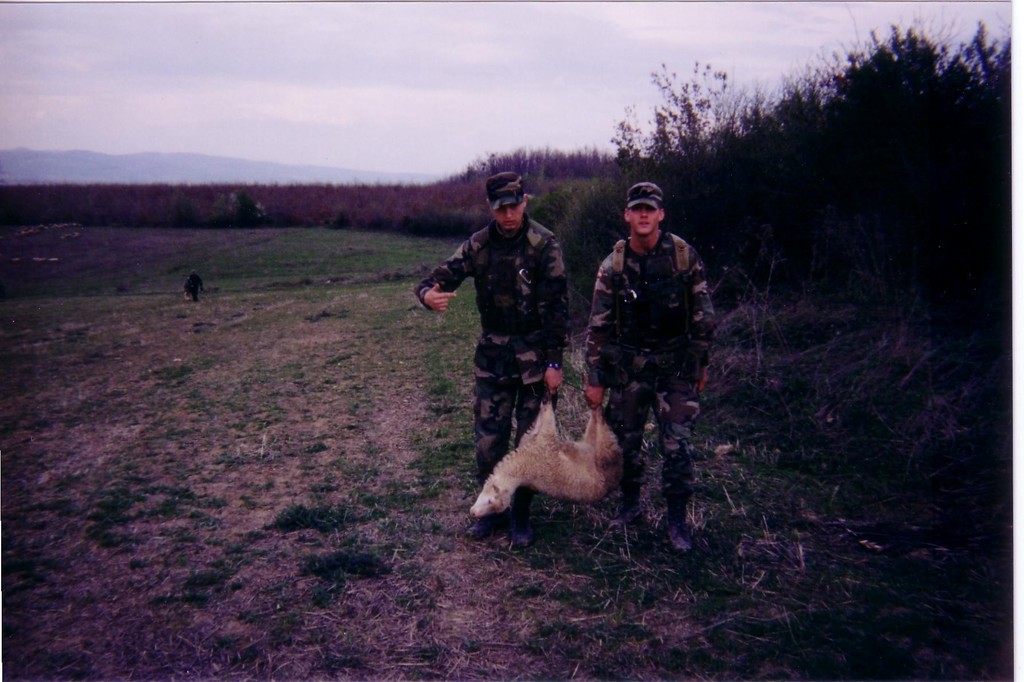 Not so long ago Jason Crawford showed me a photo of him while he was serving in Kosovo. Two soldiers (one of them Jason) carrying a lamb to roast and eat. In the middle of nowhere, in the forests of the Balkans, two of them used US dollars to buy a lamb.

Be smart! Think about all possibilities before reaching for desperate measures such as drinking urine and eating maggots!