I start many of my self-defense courses with asking people what is the most important “tool” or “technique” or “principle”. As you can guess, I get several answers ranging from brutal moves which could maim or kill to abstract concepts from experienced law enforcement and military.

I then explain that the most important “thing” you can develop in your self-defense arsenal is awareness. If you look up the formal definition you’ll find that “awareness” means: “Knowledge of a situation or fact. Concern about a well-informed interest in a particular situation”.

I like how both definitions talk about knowledge or being informed of a “situation”. In self-defense, a “situation” can be an actual scenario which is happening, or the environment or people we are with.

As any of my students progress through classes, they find out why awareness is the most important attribute to have. On the surface awareness of what range they’re in and what techniques they can use are some of the first lessons they learn. However, the value of awareness is really understood when students grasp the importance of proactively planning and acting under stress. 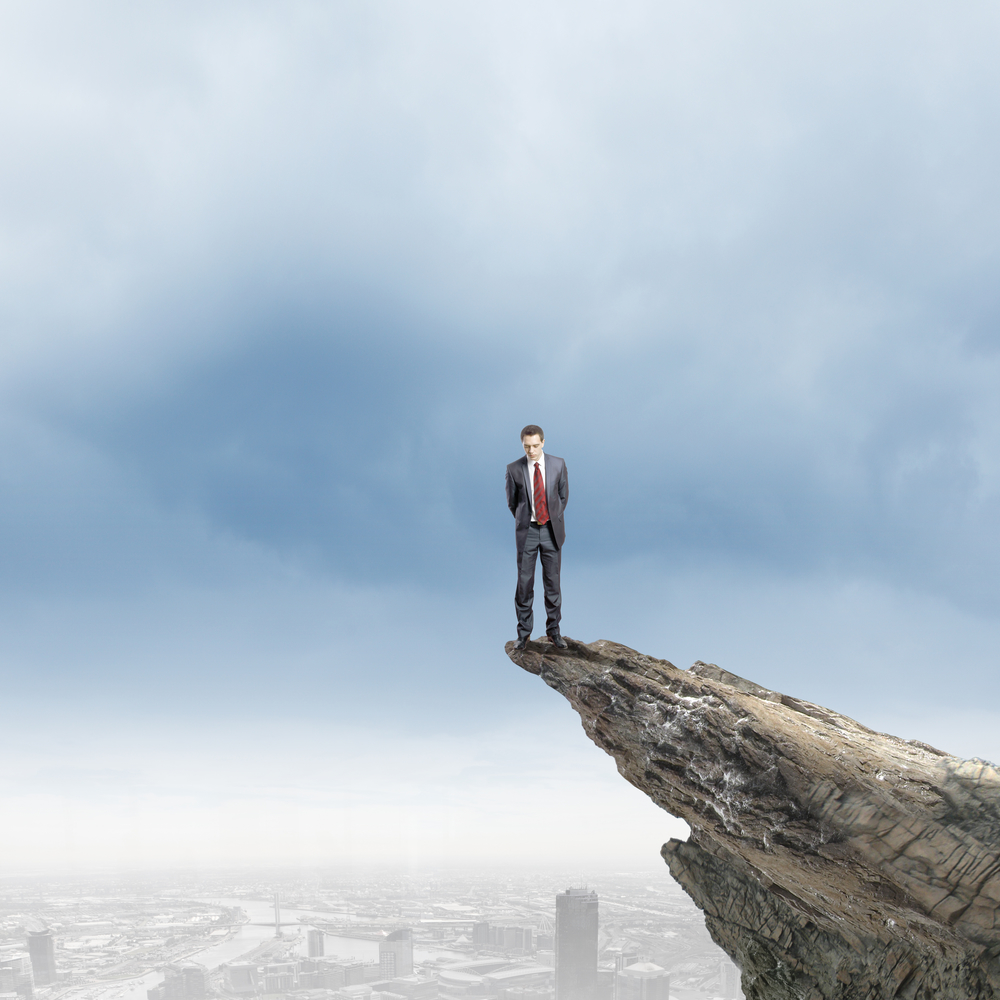 The main two ways I teach this is through drills involving multiple opponents and then scenario drills where students have to identify, maybe talk, decide, engage, not engage, fight or run. Being aware of not only your opponents, but escape routes, improvised weapons and even the surface of the ground (i.e. wet asphalt, snow, sand, slanted) will give anyone intelligence to make the right tactical decision.

However, we must start on a basic level, and simplify if there is even a threat in the first place. The worse strike you’ll ever be hit with is the punch or kick you don’t see coming. Anyone in the military will tell you that the attack they didn’t see coming, much less plan for, is the worse to fight through. You’re dazed, confused, overwhelmed and recovering from some form a shock or pain while trying to protect yourself, much less inflict any damage of your own by fighting back.

The first key is to simplify this principle. I use a simple “traffic light” metaphor to break down a threat color code. There are two main elements which will affect what “color” you are in, and hence what awareness level to be at. The first element is people. You are either with people you know and trust, or you are not. For example, if you’re sitting home with your spouse or best friend, you are obviously with people you know and don’t have to be on guard. However, if you’re in line at the airport café line traveling alone, you are surrounded by people you don’t know. By the way, if you are with someone you know, but there are also people you don’t know there as well (such as if you are at a bar with friends), you are still “with” people you don’t know.

The other element is your environment, or the “places” you find yourself. In short, you are either very familiar with where you’re at or you aren’t. I’m assuming you’re familiar with your house or apartment, and most likely comfortable if you have a common workplace like an office. This could get grey, but don’t split hairs. I know you are probably comfortable at the restaurant you frequent, but have you ever been in the back kitchen? Do you know where all of the exits are in the shopping mall or sports venue you go to each week? What about the gym or park you exercise in almost daily? Are there places to hide or escape to if an emergency arose? Can you find objects to use as weapons easily in these places?

My point is simple. Don’t confuse familiar with comfortable. There are probably several places we’re comfortable at, but don’t know as well as we think. Furthermore, if there are other people who have easy access to an environment, it is probably not as familiar as we think. They can hide in places, block exits and manipulate spaces, making the familiar not so familiar anymore.

As a result, we have this “matrix” which simplifies the combinations of these elements. Let’s go through each of the six combinations, and I think you’ll see this is much easier than you can imagine. Green is the “relaxed” level where you know the people you are with and are familiar with the environment you’re in. A person’s home is the best example, when they are just there with family or close friends. At this level you can put your guard down, and just “be”. If an emergency arises you should know where the exit is, weapons are or even where to hide.

Yellow is the “elevated” level where you might be with people you know but in an environment you’re unfamiliar with (such as at a restaurant), or in a familiar environment with people you don’t know (at your place of business, when new customers walk in).

Red is the “alert” level because you are in unfamiliar surroundings with people you don’t know. Think of any public transit location such as an airport, bus stop or subway. If you are alone or with someone you don’t know (i.e. you are escorting a manager from another office to yours), your guard should be up. The tips here are to walk and move with a purpose, scan at irregular intervals and try to identify one exit, one weapon and one ally in every new environment you move into.

All of this information is academic if action or at least plan of action is developed. Therefore, let’s go through each color and talk about exactly what you should be doing, related to your behavior and thought process. For example, we’ll start with the easiest, which is “green”, which is our relaxed level. What do you do? Remember, at this level we know the person or people we are with (or we might even be alone), and we are in a space that we are very familiar with. If you know where the exits are, and an environmental weapon is, then you can sit back and zone off at the TV, computer screen or book you’re reading.

At the yellow level, your awareness should be heightened or elevated, but it is important to know what actions are connected to that. If you are in an unfamiliar setting, here are some steps to ingrain in your mind:

If you are with people you are unfamiliar with, there are separate steps you should take to increase your safety and awareness:

At the red level, you now know what to do, given the lessons of the yellow level, because you’re doing both as you don’t know those around you and you’re unfamiliar with your surroundings. That is why in these “red” circumstances I go into more of a “planning” mode, because there are more unknown elements to plan for.

For instance, if I walk into a café while out of town on business here are the steps I’ll take:

The point in this is to recommend new habits which take seconds once installed. If you think you might get caught up in your work while at the bus station, hotel lobby or eating a quick lunch at the mall’s food court, then set an alarm on your cell phone at 3, 7 and 9-minute intervals to train yourself to scan and observe.

The more you practice, the more your unconscious mind will automatically find improvised weapons, alternate exits and you’ll be friendly to those around you. Like I said before, my wife knows where I like to sit in restaurants and paying a quick game of “What would you do if…” is fun when you can do it with your kids. This will help increase your family’s environmental awareness and make it second nature in no time.

When scanning and observing, think of a couple emergency scenarios where you would have to act quickly. What happened if…

Playing this mental game in your head will help you build awareness of solutions before they become problems. Let’s face it, once a problem arises, stress, confusion and chaos is common, and having the answer beforehand is priceless. However, what is truly priceless is building the “muscle” of problem-solving. It is unlikely you’ll think of the “exact” issue minutes before it will become reality, but if you do this consistently, and over 90 days come up with 20, 30 or 40 scenarios, whatever happens in real life will have a similar situation you thought of before weeks or months ago. Although specific scenarios can differ in detail, general solutions can take care of several real-life events.

To summarize the levels and actions, check out this matrix below:

A common question I get is: What happens if you’re mobile? In most cases people are talking about two different situations, the first being if one is walking from one place to another. The second they are commonly talking about is driving anywhere. When walking, or even running, biking or exercising outside for that matter, most of the time you’ll be at level yellow or red.

Because most people have their hearing impaired with headphones, music, etc., yellow is the minimum level you should be at, even walking around a town you know without earphones on. There is just too much changing stimuli to be totally relaxed. When walking or exercising, make sure you are walking with a purpose, scanning your environment and don’t be afraid to make eye contact with people. Let them know that you see them.

When mobile in a car, especially around town when your speed is low and there are several traffic lights and stop signs (or even errand stops) scanning is extremely important, but also is having an easy escape route. Never stop at a light or sign and zone out. Leave a half of a car space in front of you, and attempt to drive in the outside lane. Yes, you are closer to pedestrian traffic, but you also have an easier escape route via the shoulder or even sidewalk if need be.

If you ever do feel like you’re being followed in the car or on foot, complete a right-hand turn “box” pattern which will put you right back to where you started. If the possible follower is still following you, then take the next step and find a busier location or drive to, a police station, firehouse or even the emergency room at the hospital.

As I already stated a couple times, the goal is not to stare at people like they are all terrorists, evade any contact, walk around with your back against the walls and be completely consumed with every horrible event which “could” happen. The goal is to build new automatic habits which help you identify patterns of concern, whether it be suspicious looking people, bad parts of town or ways to protect yourself amid natural disasters.

Once again, the worse hit is the one you don’t see coming, because most of us don’t go looking for trouble. Awareness not only helps you see that strike coming before it happens, but gives you a course of action if something does happen. Be the quiet, observing person in the room who listens to the cues and has a plan of action so you know what to do when trouble comes looking for you.