I’m sure you have heard awful stories of what can happen at a shooting range when people don’t follow the rules or practice good gun safety. Your typical gun range has multiple lanes with many shooters and you probably don’t know most of the people who are shooting nearby. Even when you do, terrible accidents can happen.

Tragedy Strikes When You Least Expect It

On July 3, 2016, Clayton Brumby and three of his sons went to their local gun range in Sarasota, Florida. Brumby was shooting his new .22 semiauto pistol in the end lane. He fired a round and the shell casing bounced off the wall and fell down the back of his shirt.

He reached back to get the hot casing out of his shirt, pointing the gun behind him and accidentally firing a round. In gun lingo, this is called an accidental discharge, or “AD” for short.

Brumby thought the round went into the ceiling, until one of his sons yelled, “Dad, Stephen’s been shot!” Immediately, Brumby looked over at 14-year-old Stephen and realized he had shot his son while trying to fish the piece of hot brass out of his shirt. Tragically, Stephen passed away that afternoon at Sarasota Memorial Hospital.

On Dec. 12, 2017, the Hot Wells Shooting Range in Cypress, Texas, had just opened for the day when an employee accidently shot a customer in the head. The victim, identified as 36-year-old Joshua Cummings, was walking through the parking lot when he was struck by a stray bullet.

According to authorities, an employee was working on a hunting rifle when it discharged, sending a bullet through the wall and into the parking lot, where it hit Mr. Cummings, who was about 80 feet away. The victim was rushed to a local hospital, where he was pronounced dead.

Obviously, these events are heartbreaking for everyone involved. Both the shooters and the people close to the victims will be affected by these unfortunate tragedies for the rest of their lives.

Be Ready for Anything

When it comes to accidental deaths, there are far fewer incidents involving firearms than with things like drowning, suffocation, falls and fires. My point is that statistically, shooting ranges are relatively safe compared with other potentially deadly activities. That being said, you should always approach shooting ranges with safety as your No. 1 priority.

Today, I want to share with you several pieces of must-have gear for any trip to the range. These items can help you stay safe as well as help you improve your training whether you are at an indoor or outdoor range. 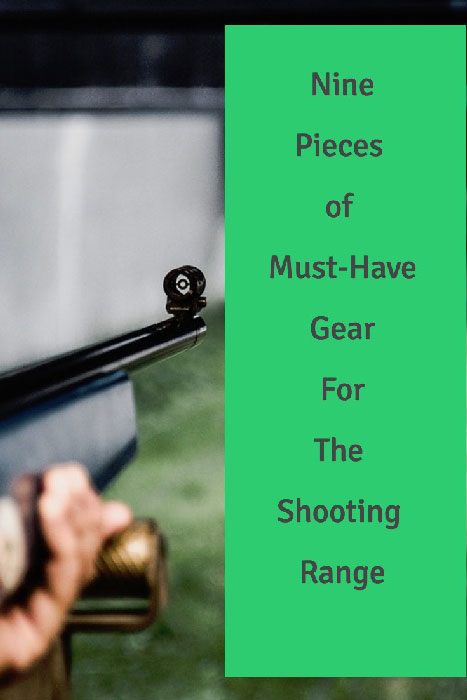 Again, safety should be your No. 1 priority at any gun range. Even if you remember to bring all the gear above, never forget these four critical safety rules: