Home Recent Events The Future Of Warfare: Be Aware!

With the recent false alarm in Hawaii, potential revolution in Catalonia and other parts of Europe, and a growing threat from North Korea, many are asking what the future of warfare and combat may look like.

I think this is a really exciting question in a lot of ways. And a scary one in other ways. 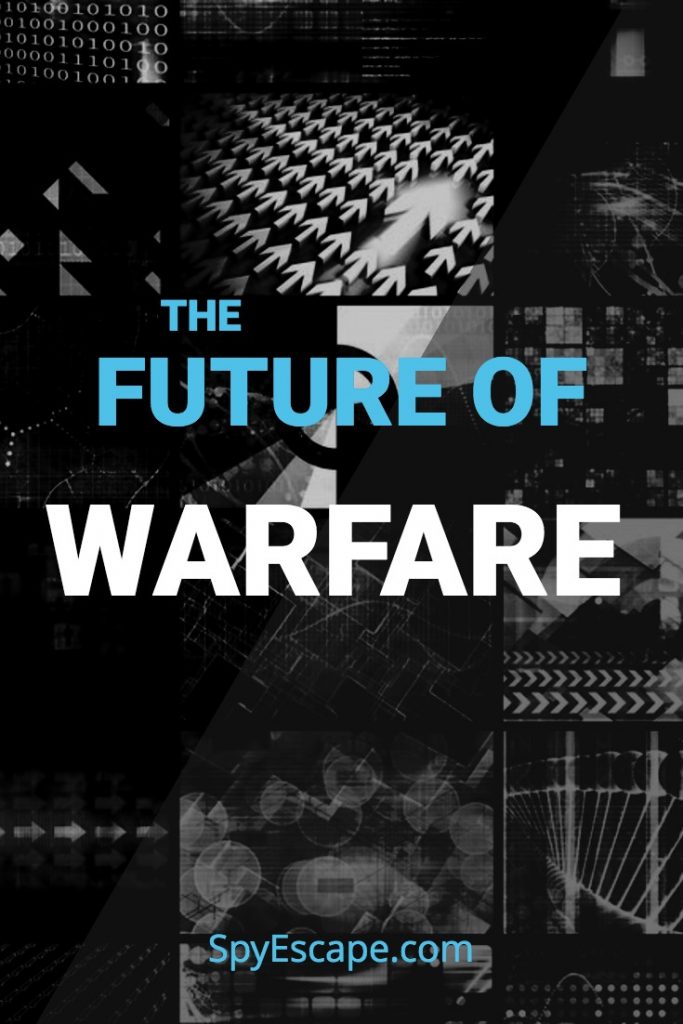 It’s impossible to tell the future, but I think we can look at new techniques and technology to see how things are going to progress.

To start off, it’s important to note that we are in the early stages of what is known as Fourth-Generation Warfare. Wikipedia defines this type of warfare as the “blurring of the lines between war and politics, combatants and civilians.”

To explain this quickly, what it means is that wars are no longer won simply by winning battles or killing the other guy’s soldiers. Of course, this isn’t new. We can look as far back as the Roman Empire to see wars that played out politically. But the idea that you’re no longer “targeting” just the soldiers is relatively new.

Americans really got their first taste of Fourth-Generation warfare in Vietnam. In 1972, Jane Fonda (aka Hanoi Jane) traveled to North Vietnam to protest the war. She came back and spread a variety of messages, including reports that U.S. POWs wanted the people to vote for George McGovern for President.

This was, to my knowledge, the first time an enemy force successfully reached the U.S. public directly. By reaching the public directly, they believed they could end public support for the war and force a withdrawal, leaving South Vietnam without the much-needed support. In the end, they got their results.

Today this is considered a normal tactic. Terrorist groups record videos of beheadings and publish them online for the world to see. The media helps spread the message by playing these horrifying images over and over, helping to diminish the will of the people to continue fighting.

As technology evolves, I suspect you will see a lot more of this type of tactic. Now that nearly everyone has a video camera in their pocket, attacks can be recorded anywhere, at any time. Further complicating the situation is our reliance on social media. Even without the mainstream media, these videos and images can be spread across the world instantaneously.

How will this technology affect the battlefield?

Public opinion heavily impacts combat operations in many ways. One simple example is the Rules of Engagement (ROE).

In Iraq and Afghanistan, the rules of engagement were such that you could almost never open fire unless you were fired upon. Sure, that’s not exactly what the rules say, but it’s the end result.

For example, you could fire at known enemy combatants. But how do you know that an enemy that wears no uniform is an actual enemy? Or, you can engage a target if you have an imminent threat. But you can’t be sure that a threat is imminent until the enemy has taken action against you. If you’re fast and lucky, you may be able to shoot before the enemy pulls the trigger, but he’d better be aiming at you before you fire or you’ll be talking to a lawyer.

The enemy understands our Rules of Engagement and uses them against us. They put us in terribly difficult situations, but don’t give us legal ground to defend ourselves until it’s too late.

All the while, the U.S. military has to maintain higher standards.

Warfare won’t stop on the battlefield.

You’ve probably already heard the stories on the news. China is manipulating currencies. Russia is hacking our elections.

It’s mostly overblown news right now, at least in regards to attacks on America. The truth is, we’re leading the way in digital warfare right now. We need only look at the Stuxnet virus to see how these attacks are currently playing out. For those unaware, the Stuxnet virus was a joint U.S.-Israeli attack on Iranian nuclear facilities.

In the wrong hands, a similar virus could not just destroy centrifuges, but could actually cause nuclear disasters.

And in recent week’s we’ve seen just how news stories can affect the stock market. The news that some companies will be repatriating funds to take advantage of tax incentives has driven stocks up to record highs. Just imagine nations like China or Russia pushing news with the direct objective of negatively impacting our stock market.

Right now that could be a dangerous proposition for them. But as I wrote a few days ago, cryptocurrencies like Ripple could be paving the way for a new economic reality; one in which the U.S. does not have the ability to respond with economic pressures.

Warfare is limited only by our imagination.

On May 6, 1801, Thomas Cochrane, commanding the HMS Speedy, captured a Spanish ship that had him severely outmanned and outgunned. He was able to accomplish this by flying an American flag (He was serving Britain) and coming so close to the enemy ship that the two ships could not fire on each other.

As the Spanish prepared to board the Speedy, Cochrane pulled away into an effective firing position. He focused his fire on the boarding party, then moved in and captured the ship. Cochrane’s creativity allowed him to capture a ship whose crew outnumbered him 5 to 1.

And creativity will continue to be a defining aspect of warfare in the future. Fake news, defeating the willpower of tax-payers, and digital chess will all continue to play ever growing parts of warfare as technology allows groups and governments to directly target The People instead of soldiers.