The inception of cryptocurrencies has created a new and exciting economic world for most of us.  But it has not been without its concerns.  With a new cryptocurrency, Ripple XRP, slamming the media, you may be surprised to find out that it’s any different.  But it potentially has some unique security ramifications.

There are actually two parts to this question.

Let’s start with the Ripple Network

The Ripple network is a private network designed to replace SWIFT as the world’s method of transferring funds.  Traditional banking systems can take days and have huge costs associated with transfers.  Much like other cryptocurrencies, Ripple handles these transactions via blockchain technology.  This technology provides fast, secure transactions across national borders.

In contrast to the BitCoin network, which relies on miners and computers across the world to keep the public record, Ripple is privately held and controlled by the company.

XRP is the currency that is used on the Ripple network.  XRP is the “coin” that can be transported across the network.

What Makes Ripple Different than BitCoin?

The big difference between BitCoin and Ripple is that BitCoin is completely decentralized.  I’ve written about how terrorists benefit (and we suffer) from decentralized actions.  And many people see decentralization as the key to success with BitCoin.  In fact, many are claiming that the centralized aspect is what makes Ripple less valuable.

For those who don’t understand this, allow me to put it into perspective.

Federal governments control their own currencies (U.S. Dollars, British Pounds, etc.).  The government can print as little or as much as they’d like.  In fact, these days they just create them digitally.  But they are, ignoring the fact that the Federal Reserve is a private bank, controlled by the government.

BitCoin, on the other hand, is a democratic attempt at currency.  Any person can access the network and essentially be their own bank.  This means that any person in the world can get a copy of the world’s ledger and check it for accuracy.  It also has a finite amount of coins available, much like natural resources such as precious metals.  Computers run computations that make the network possible.  The computers that run these computations are called miners and they “mine” the new digital currency into existence.

Ripple fits somewhere in the middle.  A private organization controls XRP, but it has a limit on the number of coins available.  Unlike BitCoin, you don’t mine these coins.  The entire number that will ever be available already exist.  And Ripple owns the delivery system.

I know this is a bit simplistic, but it gives you enough information to move onto how it could impact security.

For decades, SWIFT has been the standard for international transactions.  While SWIFT (Society for Worldwide Interbank Financial Telecommunication) does not directly transfer of money, it is the tool used by roughly 11,000 banks to facilitate the transfers. 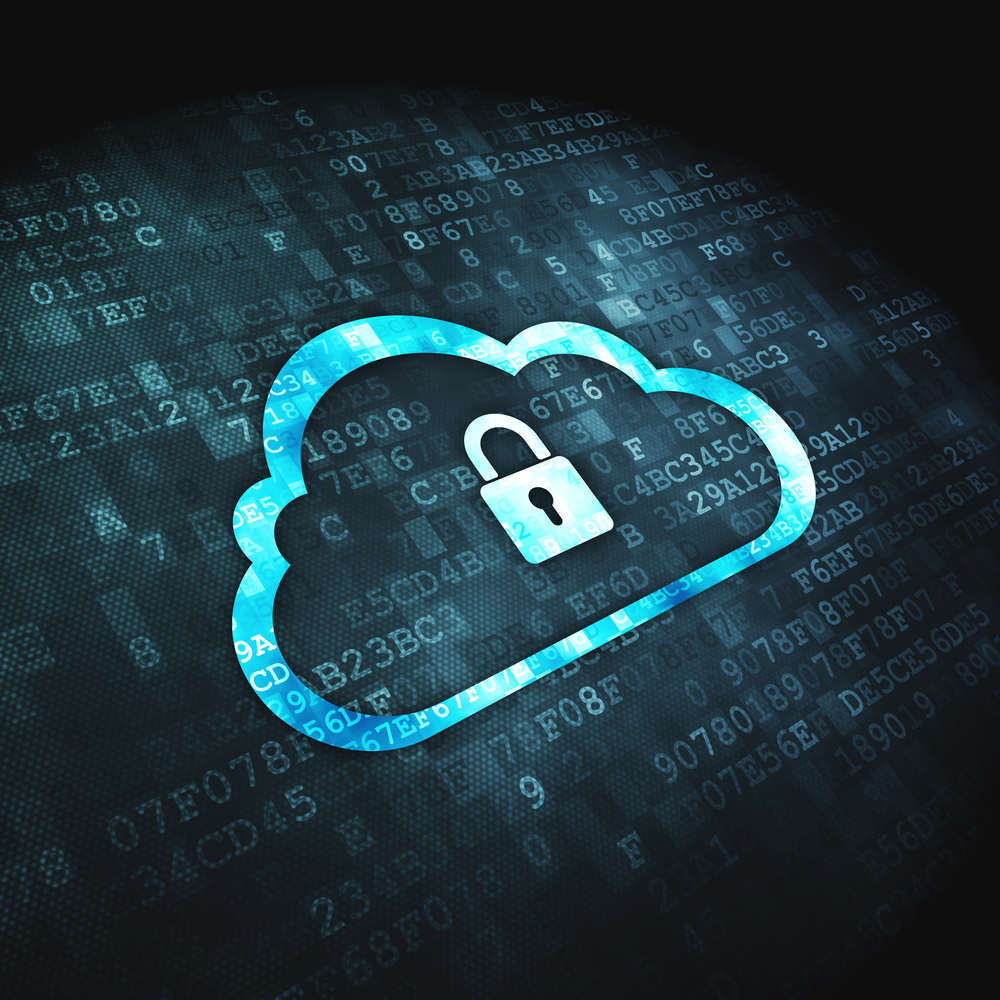 One problem with the current process is that many banks have to go through mediaries or partner banks to access the SWIFT network.  This can be costly and time-consuming.  Ripple threatens to disrupt this market by providing a secure, direct transaction that takes seconds instead of minutes.  And the Ripple network can do it at a fraction of the cost.

Another issue is the capital held by these banks for the purpose of exchanges.  This is getting a little outside of scope, but banks have to keep capital in other banks in order to make transfers to that bank using SWIFT.  For more information on this, you can click here to read about Nostro and Vostro accounts.  The Ripple Coin/Token (XRP) will allow banks to purchase and sell Ripple as needed to make transfers rather than holding capital in partner banks.

The only question is whether banks are ready to make the change or not.  Banking institutions may hesitate to make changes given unforeseen risks.  But there are certainly many benefits to making the switch.  And many banks are already on board.

Ripple has some big names on board already, including Bank of America.  And it’s recent growth across Asia and Europe demonstrates the trust necessary for other institutions to get on board.  Just last week, MoneyGram announced that it would be testing the Ripple network for some of its internal transfers.  If all works out, they may soon be rolling out the changes across their entire transfer structure.

Mainstream adoption of Ripple may be only a few years away.

What does this mean for international security?

SWIFT has long been the enforcement arm of American economic sanctions.  Despite being a Belgian company, they act on U.S. policy like it’s a branch of the U.S. government.  Their compliance was on full display when the U.S. passed the Foreign Accounts Tax Compliance Act (FACTA).  When the U.S. passed FATCA, it forced any foreign banks that had accounts of American citizens to either comply with U.S. requirements (often adding significant costs) or be blocked from SWIFT.

Likewise, when the U.S. imposes economic sanctions on a foreign country, they rely heavily on SWIFT to enforce the sanctions.  In the past, countries have bypassed SWIFT through direct trade.  However, these direct trade programs become very limited in scope.

Ripple is a U.S. company, so the direct impact will likely be negligible.

However, the BRIC nations (Brazil, Russia, India, China) are working hard to mitigate U.S. economic power.  And Ripple may serve as a precedent to demonstrate the potential of a similar system.  Russia has already begun plans to use another cryptocurrency, Etherum, as a baseline for a new national digital currency.  If the BRIC nations are able to establish a competing system, they may be able to participate in the global economy without the U.S. having any control. 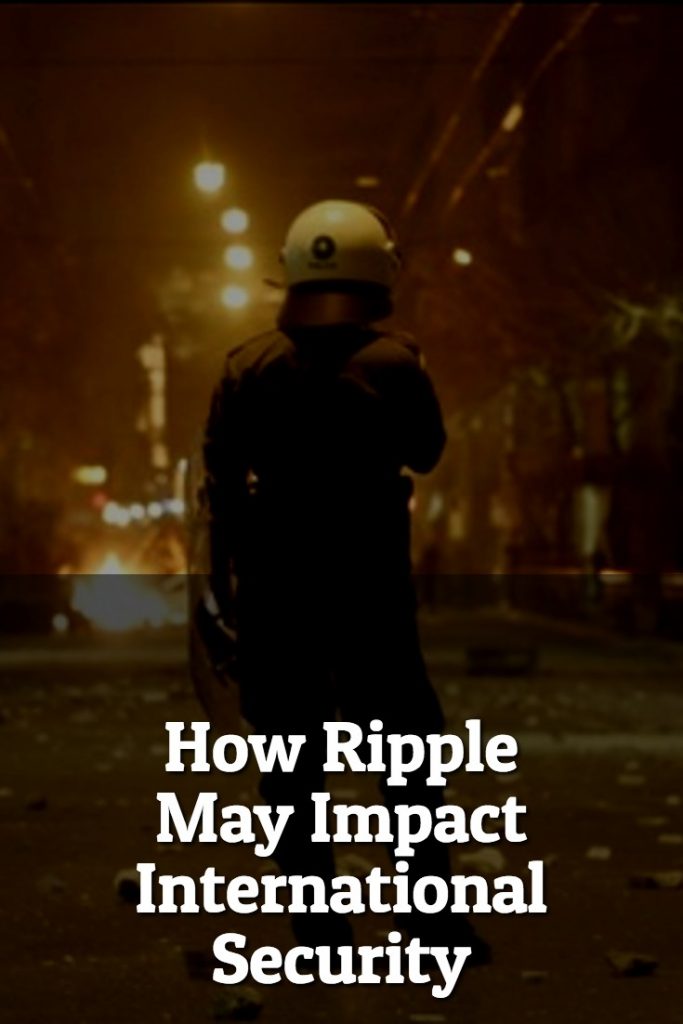 Economic sanctions don’t always produce the desired results.  You need only look at our sanctions on Cuba, which have been hotly contested recently, to see their limitations.  However, they have been more effective in places like eastern Europe and the Middle East.

It’s hard to tell exactly what impact this could have.  However many in Europe are concerned about the growing Russian power and our economic sanctions are one of the few non-violent tools we have to support our allies in Europe.  The same goes for the threats China and North Korea pose to our allies in Asia.

In the last decade, the U.S. has been seen as bullying the rest of the world into submission, both through economic and military power.  Given its over-reach into worldwide banking, it’s hard to fault the BRIC nations and others like South Africa for wanting a way to participate in the global market without U.S. involvement.

In fact, in a recent poll on Facebook, our own audience said they were more concerned about U.S. spying than they were Russian.

But a world without U.S. and European control over the global economy will be a very different world.  Without that umbrella of security, it is much more likely that aggressive nations like China and Russia will act on their desires to control people and terrain.

This may result in market instability, economic warfare, or even bloodshed across many parts of the world.