The United States and North Korea have stressed relations once again.  North Korea continues to run missile tests and the U.S. vows to defend its allies.

Most recently, Kim Jong Un announced his country would begin mass-producing nuclear weapons in the coming year. He has also expressed an interest in reopening talks with South Korea, potentially jeopardizing its seven-decade alliance with the U.S.

For obvious reasons, the U.S. government advises Americans not to travel to North Korea. However, there are many tourism companies in China that will take tourists into North Korea, all of which claim that their company offers the best experience and is 100% safe.

As with every aspect of life in the authoritarian nation, the government tightly controls tourism into North Korea. But it is estimated that approximately 230,000 Chinese citizens and about 5,000 Western tourists visit North Korea each year.

According to these Chinese tourism companies, about 20% of Western tourists are from the United States, although I’m not sure how much faith I put in that estimate. I can’t imagine why any American would want to visit North Korea — we wouldn’t exactly receive a warm welcome.

Consider the case of Otto Warmbier. Otto was a young college student who traveled to North Korea from China in January 2016. He was arrested by North Korean authorities and charged for the attempted theft of a propaganda poster from his hotel. In March 2016, he was convicted and sentenced to 15 years in prison with hard labor.

Sadly, about a month after he was sentenced, he suffered some sort of brain injury and eventually fell into a coma. In June 2017, North Korea finally agreed to release Otto.

He was medically evacuated back to his hometown of Cincinnati, where U.S. doctors evaluated him. Six days after his arrival in the U.S., Otto passed away as a result of the injuries he suffered while in North Korea.

This is an extreme example of North Korean tourism gone awry, but here’s the thing: Not only does North Korea control which companies are allowed to bring people into the country, but they also dictate the rules and regulations these tourist companies must follow.

It’s also not uncommon for North Korea to send one of their own people undercover to keep an eye on these tourist groups. They won’t stand out. They will speak English and act like they are a part of the tour even though their real purpose is to monitor the tourists and watch every move they make.

In other words, if you go to North Korea, you are essentially inviting them to spy on you.

Spies in Your Own Home

Even if you don’t plan to leave the country, you may be spied on.  Corporate giants like Amazon and Google make a killing off of your personal information and access to your voice.  And they may not be alone. 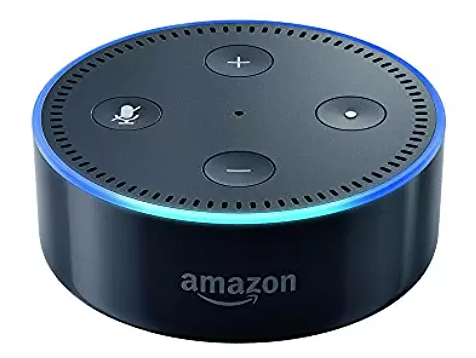 If you use a smart-home device like Amazon Echo or Google Home, you are essentially welcoming a spy into your home with open arms — and giving them permission to record and report everything about you.

That being said, since I know so many Americans rely on the convenience of these devices, here are three steps you should take to protect your privacy:

I realize these smart-home devices can be very useful and have the ability to make our lives simpler. However, they are still fairly new and I believe the companies who make these devices still have numerous security concerns to figure out.

At this point, I wouldn’t want one of these devices in my home and I have no plans to get one. But if you already have one or plan to purchase one for your home, follow these three simple steps to discourage people from spying on you.