Home Educational Should You Use These Five Gun Accessories?

Without a doubt, the right gun accessories can make a huge difference.  I still remember the first time I used a red dot optic to qualify in the Army.  Until that point, I typically shot between 33 and 38.  I would qualify expert once in a while, but not consistently. 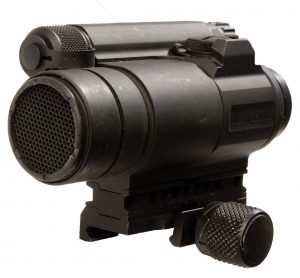 For those who don’t know, the Army qualification consists of shooting 40 pop-up targets.  You get 20 rounds to shoot 20 from a foxhole and 20 additional rounds for 20 targets from the prone.  Targets range from 50 – 300 meters and pop up for only a few seconds each.  The qualifications scores are:

As you can imagine, anyone with any ambition in the Army wants to be an “expert”.  And it’s not easy to do.  While I was never embarrassed by my score, I always wanted to do better.

And the first time I qualified with that M68 CCO (Close Combat Optic), I hit 40 out of 40.  In fact, for the rest of my career, I consistently hit 40.  When you’ve only got a few seconds to identify, line up, and engage a target, the split second you can save by not having to double check your site alignment is huge!

But not everyone improved by adding the red-dot optic to their rifle.

In fact, many did worse!

You see, by eliminating the need to acquire a proper sight alignment, the device also reduced the soldier’s ability to assess and correct other problems.  A good set of iron-sights can help a decent shooter identify their problems.

Is your front sight post moving up and down inside the rear sight aperture?  Then you may need to watch your breathing.

Is moving from side to side as you pull the trigger?  It’s most likely that your trigger squeeze is too heavy and you need to adjust where your finger is on the trigger.

Maybe your front sight post is all over the place and you’re having trouble controlling it.  This is a good indication that you need to check your positioning.

The point is that for the highly-competent shooter, gun accessories can improve performance.  But you need to be competent before adding these tools.  These tools won’t make a beginner an expert. 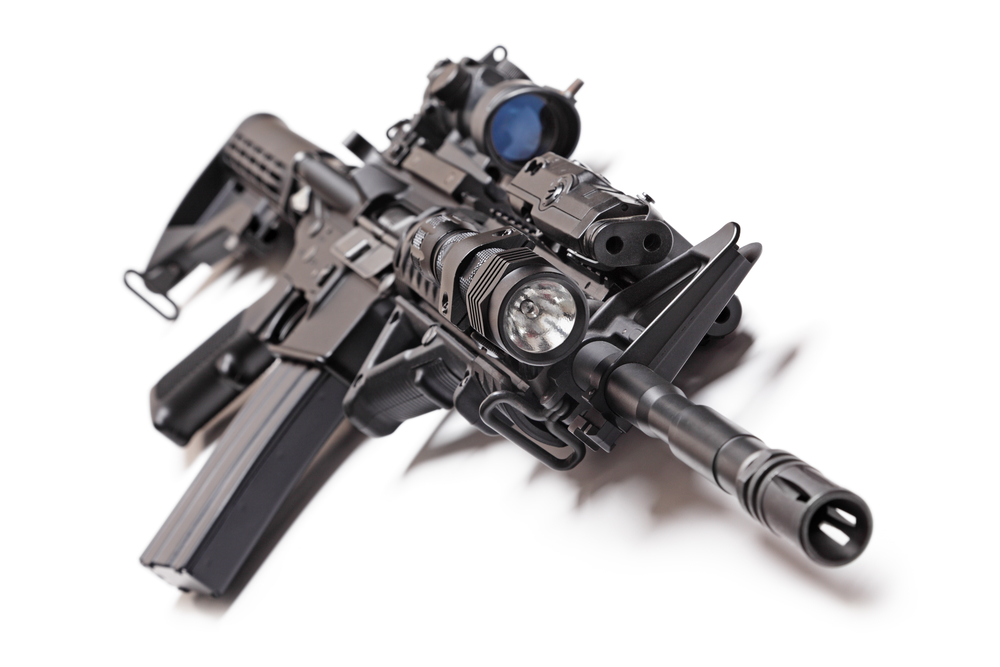 Each of these accessories has their own advantages and disadvantages.  Before spending a lot of cash on them, it’s best to know what you’re getting and why.

The M68 CCO that I have already discussed is a type of reflex sight.  These sights can shave precious seconds off of medium-range targetting and increase precision for short range shooting.  They use a dot, generally red, or other light to mark the point of aim.  Because these sights do not require you to line-up 2 separate sites (posts, apertures, etc.), they are great for quick target acquisition.

But they are not without their drawbacks.

For starters, they are often battery operated.  A dead battery at the wrong time can be disastrous.

Also, as previously noted, they can be so simple to operate that the shooter may overlook mistakes he or she is making.

Finally, many shooters who use reflector (reflex) sights with adjustable brightness levels tend to make the dot too bright.  You should just barely be able to see the dot against the target.  As the brightness increases, so does the size of the dot.  A couple clicks too high and your dot could be larger than the target.

When you need to reach out and touch something, there is no greater accessory than a rifle scope.  A good scope can help you hit that smaller target at medium range or a large target several hundred meters out.

Each scope is different.  You need to learn how to take advantage of both the power and reticle patterns that your scope provides.  Understand ahead of time what you want to accomplish and you should have no trouble finding the right scope for the tasks at hand.

I will say that my favorite scope is still the Trijicon ACOG (Advanced Combat Optical Gunsight).  They’re a bit pricey, but fantastic tools.  Fortunately, while I was in the Army and the taxpayer was footing the bill, I had a bit larger of a budget for optics and was able to use this scope.  I’ll get another one as soon as my “fun budget” is increased (significantly).  You can see it here: Trijicon ACOG

The reticle on the Trijicon ACOG is designed to be able to quickly identify the distance of a person by lining up the horizontal lines with a person’s shoulders.  Other scopes offer reticles such as the mil-dot reticle which can also be used to estimate range effectively with a little math.

The biggest drawbacks to scopes are the learning curve and difficulty acquiring targets at short range.  Unfortunately, I can’t give precise directions for using your scope’s reticle patterns as there are just too many patterns out there.  But you can reduce the target acquisition time for short range targets by using a low-power scope like the 4X Trijicon ACOG or adjustable scopes that have a low magnification setting.

A powerful flashlight can be one of your most important gun accessories.  Not only can a flashlight help you find things in the dark, but they can also provide a tactical advantage in urban environments such as your home.  When moving through a building, turning lights on in every room can be the quickest way to give away your position.  Having a flashlight lets you control the light you need at the moment you need it.

If the flashlight is bright enough, it can also serve as a non-lethal offensive tool.  By shining it at an intruder you can momentarily blind them and leverage that time to assess the situation.

Quite honestly, a good flashlight could be a lifesaver.  Every shooter must know their target!  Shooting carelessly can be more dangerous than not shooting at all.  A good flashlight can help you clearly identify your target before squeezing the trigger.  Once you’ve pulled the trigger, there’s no taking that bullet back.  So make sure you have a real target and not a family member when you hear things going on in the house.

The biggest drawback to having flashlights as gun accessories is the additional weight it adds to the firearm.  This is especially true with longer rifles or shotguns where that weight may be out towards the end of the barrel.  Any additional weight out beyond the non-firing hand can impact your accuracy and stamina. 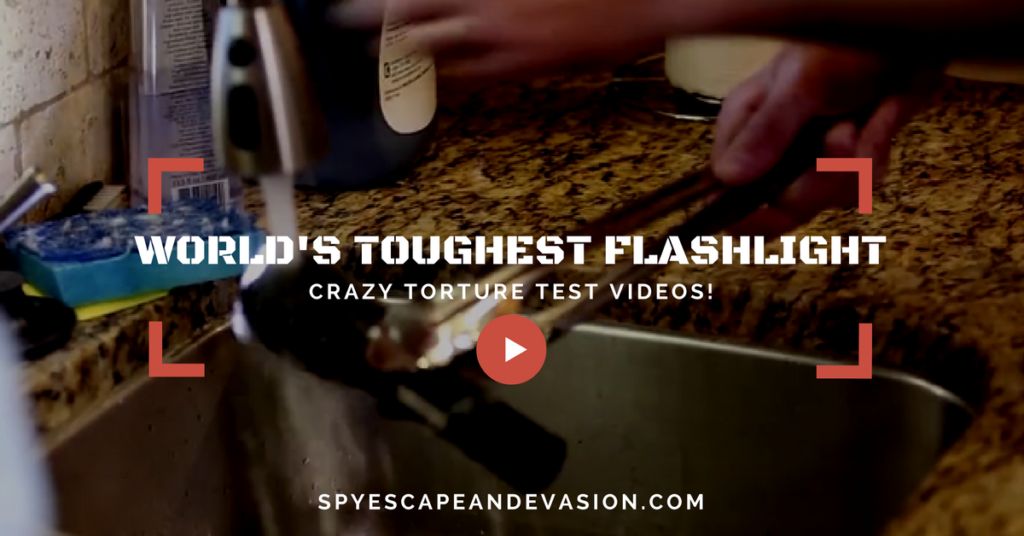 Generally speaking, forward pistol grips are not one of my favorite gun accessories.  In fact, I highly discourage them most of the time.  I find that they get in the way more than they help.  For inexperienced shooters, they can also make it much harder to keep the firearm level.

I do have one exception to this rule.  If you plan to be shooting from the ground in a mountainous environment, I would recommend getting a pistol grip bipod.  These bipods store within the pistol grip and are deployed with the push of a button.  You can see one here on Amazon.  I’ve never used this one and it is not a recommendation.  I’m only sharing it to demonstrate what I’m talking about.

In all my years of shooting, I’ve only come across this type of situation a few times; all of them being in Afghanistan.  So unless you’re planning for truly tactical situations, I wouldn’t shell out the money for one of these.

And I’d avoid forward pistol grips altogether unless you have a very specific need.

Lasers are another one of those gun accessories that I consider to be a waste of money 99% of the time.  They promote bad habits, are difficult to zero, often get knocked off of zero, and aren’t any more effective than a quality sight.  Visible lasers, the ones you see on TV all the time, are also a great way to give away your position and potentially get yourself killed.

With that out of the way, there are two scenarios where I find lasers to be valuable.

The first is at night.  IR (Infrared) lasers are useful for engaging targets when it is too dark to use traditional sights.  Of course, this means you have to have a good set of NVGs (Night Vision Goggles), and those aren’t cheap.  So if you have a nice set of IR goggles, go ahead and get an IR laser.  You can’t really trust them beyond a couple hundred meters, but you probably can’t see that far with goggles on anyways.

The second scenario where a laser can come in handy is to communicate locations.  If you’re in charge of a team, it can be very useful to be able to point to a door or hill and say “go there”.  I used lasers a lot when training new soldiers to help them identify key terrain, understand sectors of fire, and for a variety of other skills.  I just kept a regular pointer in my pocket, but I could certainly see the advantage of having a laser pointer on your gun in certain environments.  In fact, I did often use my IR lasers to direct soldiers, but I wouldn’t want to use a visible laser on the two-way live-fire range.

Which gun accessories are right for you?

It is easy to throw a lot of money down the drain with useless gun accessories.  Make sure you take the time to understand what your needs are and how you plan to use each device.

A flashlight is great for home defense, but may just get in the way while hunting.

Scopes can be great for reaching those longer targets, but a good reflex sight is a perfect solution for close quarters.

It’s always best in a tactical situation to be as low as possible.  However, in mountainous terrain, you may find that you need to raise or lower your torso to get a clean shot.

You should never add anything to your firearm until you are effective with it as it is.  Accessories can help you overcome limitations, but they can also hurt your ability to learn the basics of marksmanship.