Home Blog Civilian on the Battlefield

I was 14 years old and not a fan of politics. The thing is, you couldn’t avoid it- everybody was talking about it! I’m 32 now, and all that left is a fragmented memory.

The rumors about war

“My sister who lives in Chicago called me yesterday and told me she picked up on the news the bombing will begin soon!”- the neighbor said to my mom.

“Its media, how can they know something like that…”–mom answered not even paying attention to my question.

“The bombing?!”- that word continued to echo in my ears.

“Then, why do they shut off street lights every night, um?”- the neighbor tried to convince her.

That night I stayed up late to see if it’s true. Around midnight the street lights went off.

We are in the state of war!

A week or so later, I remember watching the news- the Parlament declared the state of war.
That word was everywhere in the coming days. On the national tv we watched a special program about warning sounds:

I remember talking with friends in school between the classes how it’s gonna be.

The last day at the school

We didn’t have last two classes. Chemistry teacher just said: “Everybody, go home!” You don’t have to tell twice a 14-year-old to leave the school building earlier. She didn’t say anything about coming back to school.

Just a few hours after coming back from school, around 8 pm we could hear it- air strike warning sound. No one knew what is going to happen.

During the cold war, as the cities expanded, bomb shelters were built along. Next to the building I lived in, there was one buried under the ground. It had a special ventilation system, the lead built into the walls (as a protection against radiation in case of a nuclear assault) and manual, electric generators (those were enough to provide electricity for light and ventilation system in case of need). One vast underground chamber.

We heard the air strike warning signal around 8 PM. By 8.30PM, the shelter was full and sealed. I remember thinking whether the building I lived in will be there in the morning.

Some people didn’t believe the war has begun; others thought they (NATO) will drop bombs on cities randomly. The majority was somewhere in the middle- including my “social enclave” in the bomb shelter.
We spent the first night sitting on the ground (the shelter wasn’t prepared to accommodate people). The first night was silent in my hometown. Nothing exploded, no one died, everything is fine. After getting up in the morning, I went to the apartment. During the day people came to clean up space and assemble the beds (a three-level metal construction with ribbons instead of the mattress).

My bed was ok. Elderly complained that beds are uncomfortable. Roughly 200-250 people were accommodated in the shelter. 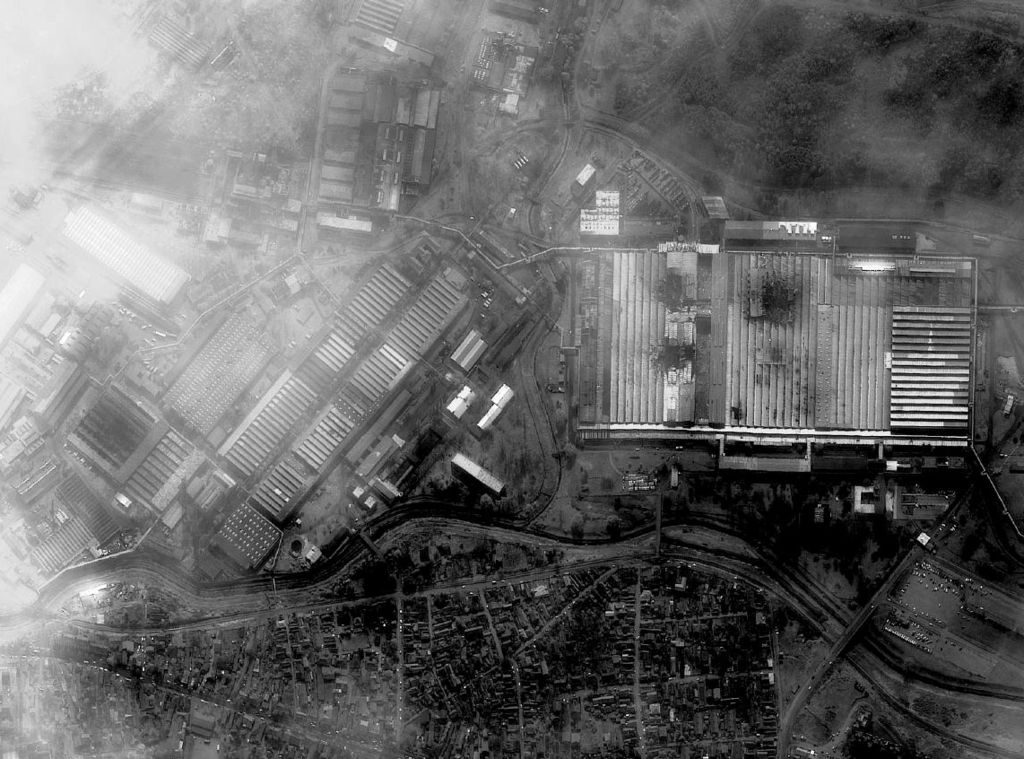 In the first week, my hometown wasn’t affected by the war. A few times airplanes broke the sound barrier. We saw military trucks and tanks occasionally, and that’s all.

Then, one evening we heard it- the loud whooshing-whistle sound and bum! After 10 or 20 minutes, someone went out to check what happened. People were in shock! The bombing is real!

It stinks, and there is a lot of dust in the air!- said the guy when he came back.

Next morning, we found out that a nearby military warehouse was the target.

In the coming days, attacks were sporadic, and until the end of the war, my hometown was bombed 15-20 times, with over 150 missiles (a statistic I read a few years ago- those are rough numbers, I can’t recall).

Another memory fragment- the mushroom. I was standing on the balcony of the apartment, and all of a sudden 2-3 kilometers away it appeared- a vast, dusty mushroom, at least 30 meters high! A few seconds later I felt and heard a powerful explosion blast.

I got used to seeing the “mushrooms” occasionally. The explosion blast is something I couldn’t get used to- each time it was equally frightening.

There was enough food; no one was hungry. You could buy everything, but not as much as you want.
For example:
Oil shortage: You could buy only one bottle. I don’t know what triggered that behavior, but the grocery store personnel would just refuse to sell two bottles to the same person saying “there are other people who need it too!”. People were waiting in front of the store and within an hour or so after delivery, everything was sold out.
The flour, milk, eggs, and bread was often short too. The same- you can buy only a certain amount- not as much as you want.
Overall, we weren’t hungry during the bombing.

Tap water was available all the time, but we had to boil it before drinking.

Rarely, it was off, and in such cases, water tankers supplied drinking water.

We kept a big barrel filled with water in the bathroom all the time (just in case). It wasn’t a drinking water, but a “technical water”- for the toilet and laundry. I remember mom made me use clean container every time taking the water from a barrel (I guess to keep it as clean as possible, just in case)

Electricity was often off.

That is why no one used an elevator.

Using the fridge or freezer: if you needed something- open, grab what’s needed and quickly close it (to prevent the heat coming inside because you never knew when and for how long the electricity will go off).

Street lights went off on March 24th and stayed off until June 9th (the end of bombing).

During the night electricity was off.