Home preparedness Is The Burglar The Victim Of Botched Home Invasions?

For those who don’t know, before joining the CIA I was a police officer. Now I have a relative who works in law enforcement. At a recent family gathering, this relative and I were discussing how the attitude toward police officers has changed over the years.

He told me how he regularly deals with threats directed at him — and why he is taking these threats much more seriously with the way some people view cops. He revealed he often gets people who yell at him things like, “I know where you live.” And he usually responds with something like, “I sleep with a gun on my nightstand.”

The thing is my relative is the type of person who would do anything to defend his family, and I can assure you he would do whatever it takes in order to stop an intruder inside his home.

What if he actually did have to shoot an intruder in his home? And what if you or someone you love has to do the same? Do you know what the self-defense laws are in your state?

While I’m not a lawyer, I do know that you’re allowed to defend yourself if you fear for your life or serious bodily injury in most states. 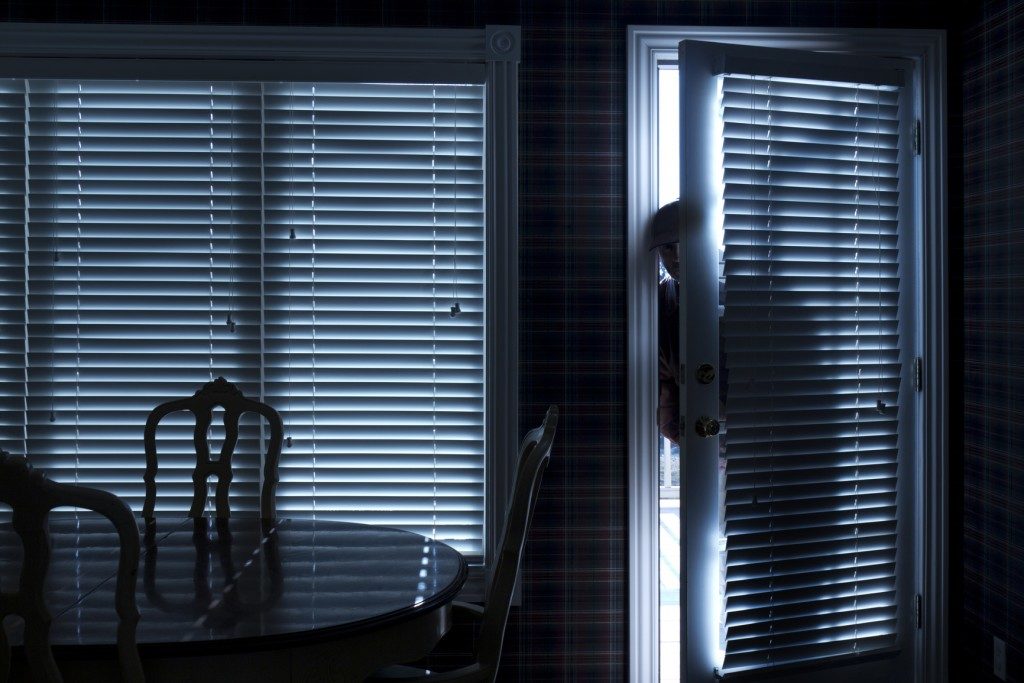 And some of them succeeded!

Burglar Sues Homeowner Who Shot Him

David Bailey of Albany, Indiana, broke into the garage of David McLaughlin, who fired several shots at Bailey as he fled down an ally.

After the incident, the homeowner was charged by the state for recklessly firing at the burglar, who ended up pleading guilty to the burglary. When the criminal proceedings concluded and the jury handed down a guilty verdict, the burglar turned around and filed a civil suit against the homeowner for failing to use reasonable care when he exited his home and began firing.

Some of you may remember the story of a Texas man named Joe Horn. Horn fatally shot two men after catching them burglarizing his neighbor’s home.

Horn witnessed the break-in and called 911 to provide them with information of the crime. During his conversation with the police dispatcher, Horn told the dispatcher he had a shotgun and asked if he should stop the burglars.

The dispatcher told Horn that it’s not worth it, and warned him at least a dozen times not to go outside. This agitated Horn, who cited the newly minted Texas law based on the castle doctrine principle. The law gives residents the legal authority to use deadly force in their homes, vehicles and workplaces and eliminates the obligation to retreat, if possible, before they shoot.

So Horn went outside and confronted the burglars with his shotgun. He ordered the two men not to move before shooting them both in the back. Despite having been told not to go outside, a grand jury cleared Horn of any wrongdoing — however, there was a lot of debate surrounding this shooting.

My opinion: As much as we all want to be heroes, if no one’s life is in danger, then you shouldn’t confront the burglars. Let the police do their job. However, if someone’s life IS in danger, get over there fast with your gun.

Landowners Have a Duty to Protect Trespassers

Then there’s the story of the burglar and the skylight.

In 1982, 18-year-old Rick Bodine and his friends decided to steal spotlights off the roof of the local Enterprise High School in Redding, California.

After gaining access to the roof, Bodine stepped on a skylight and fell 27 feet to the floor of the girls’ gym below, landing on his head. Bodine was severely injured — he sustained brain and brain stem damage and was left mute and partially paralyzed from the incident.

He sued the school, claiming the skylights blended in with the color of the roof, creating a hazard. The suit was settled in Bodine’s favor: The Home Insurance Co. of New York paid $260,000 upfront, plus $1,500 a month for the rest of Rick’s life.

My opinion: While this case doesn’t involve a shooting, it’s a good reminder that some punk kids — not just criminals — can come onto your property, become injured and then try to sue you. This is why you always want to make sure you have adequate homeowners insurance that will cover such a liability.

Look, I believe every person has the right to defend their home, their loved ones and themselves using whatever means necessary. But the fact is we live in a litigious society, and your right to protect yourself isn’t bulletproof.