In 2016, the United States experienced 19 major floods — a record number for a single year. Of course, this year has been a busy year for flooding as well. Combined estimates of the damage from the two recent hurricanes that pummeled the continental U.S. (Harvey and Irma) exceed $150 billion.

And don’t forget — that figure excludes the massive destruction wrought by Hurricane Maria in Puerto Rico.

Floods can occur anywhere — they’re not just caused by tropical storms and hurricanes. And there doesn’t have to be any kind of natural disaster for you to experience flooding in your home since a broken water pipe or an overflowing toilet can also lead to a messy situation.

There is no question that many people in Texas, Florida and Puerto Rico have lost most if not all of their personal belongings. These possessions likely include guns and ammunition — especially in Florida and Texas, which are very gun-friendly states.

Considering the number of gun owners who experienced flooding in these states, it leads to the following question: Can ammunition that has been submerged in water still be used? 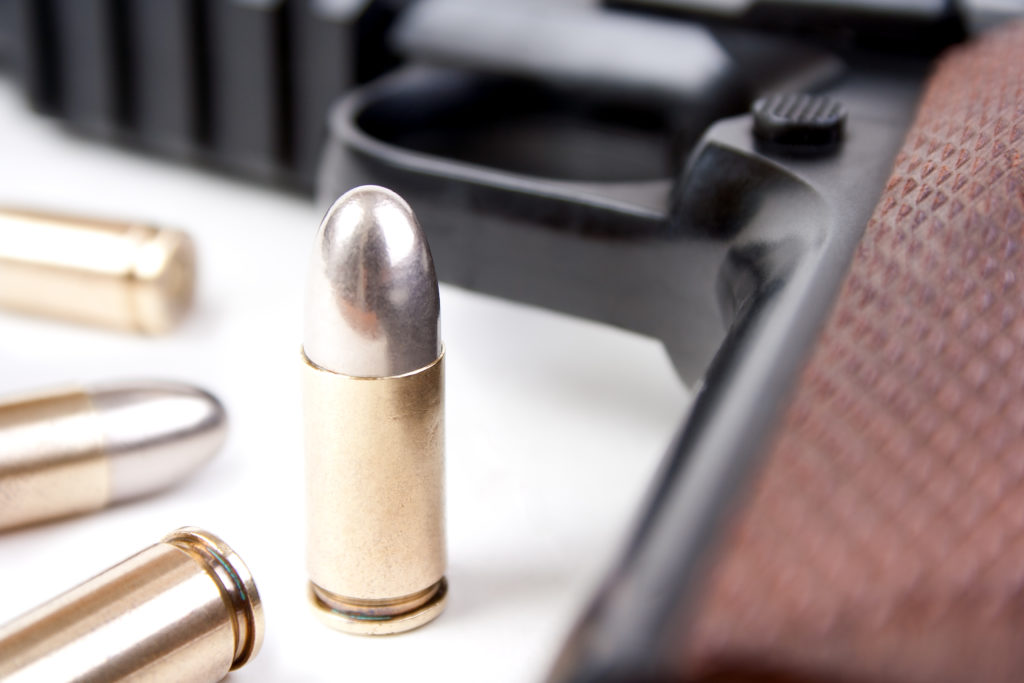 To be clear, there is a big difference between ammo that’s gotten wet while you’re training outdoors in the rain or snow compared with ammo that’s been sitting in a basement completely submerged in water.

What I mean is I’ve trained outdoors in all types of weather and the elements have never affected my gun or ammo. (Of course, I always give my firearms a good cleaning after training no matter the conditions. Provided you do this as well, you shouldn’t have any issues when training in wet weather.) However, for ammunition that has been completely underwater — for any amount of time — there are a few problems you could potentially face.

It’s difficult to give a one-size-fits-all answer to this question because the depth of the water, the amount of time the ammunition was submerged and whether the water had contaminants are all variable factors that can affect your ammo. But here’s your best bet:

Obviously, you should try to dry out the ammo upon removing it from the water. But this process could actually damage the ammo or cause it to deteriorate even more. You also risk a weaker powder charge when you fire the weapon, which means there won’t be enough pressure to propel the bullet out of the barrel.

Perhaps the most critical issue with ammo that has been submerged is that the water makes it fail to fire for a number of reasons. If you’re like me and carry a concealed firearm everywhere you legally can, then you don’t want to risk using ammo that may not fire when you need it to.

Don’t get me wrong — I realize a malfunction can happen with even the driest ammo. That’s why I practice clearing the malfunction and moving on to the next round in my firearm if I need to defend myself. The thing is I wouldn’t bet my life on ammo that’s been submerged in water.

Unfortunately, there is no way to differentiate ammo that is safe to use and ammo that is completely damaged. You can’t simply inspect every round because you never know what kind of internal damage has taken place.

Now, I’ve heard some people argue that the primers in their ammo are sealed so water can’t get in. But I still don’t want to risk firing any ammo that’s been drenched because there’s truly no way you can check the primer to make sure it’s safe and intact.

Look, I understand that ammo can be incredibly expensive and if you have thousands of rounds stocked up for an emergency, you are no doubt losing a ton of money by getting rid of it. But would you rather risk firing a round that could cause injury or death to yourself or someone you love? Or ammo that might not go off when you need it to save your life? It’s just not worth it in my opinion.

If you happen to have ammunition that was damaged by flooding, contact your local police department to ask if they can properly dispose of the damaged ammo for you.