Home Concealed Carry Gun Why Everyone Should Own a 1911

I own a quite a few different guns. What can I say? I’m a big gun guy. One of my favorite firearms is my 1911 — a pistol I think everyone should own.

I live in Utah and in the northern part of the state there is a city named Ogden. Ogden was home to John M. Browning, who invented the 1911 pistol. In fact, many people consider Browning to be the brains behind the modern design of semiautomatic pistols.

From 1911–1986, the M1911 was the standard issue sidearm of the United States military. To this day, some Special Forces groups still carry a version as their standard sidearm.

What makes this such a popular firearm?

First, it’s incredibly accurate because of its unique barrel design — and it has less recoil than most handguns. Another reason it’s so accurate is because it has a light trigger pull with a fairly short reset. Due to the fact it has such a light trigger pull, the 1911 also has an external safety, which means you need to train with it regularly to get familiar with the mechanics.

Another aspect that makes it so desirable is the sleek design. The only drawback is that the typical 1911 only holds eight rounds. However, its design makes it the perfect gun for someone with big or small hands. In addition, its slim frame makes it easier to conceal.

Finally, other than perhaps Glocks, in my opinion, the 1911 is one of the most customizable firearms on the market. The reality is you can find accessories and attachments for the 1911 no matter what you want to use it for.

Plus, the pistol comes in different calibers from a .45 to a .380 depending on which you prefer for your situation. So whether you want it for range shooting, home defense or concealed carry, you can set up this versatile gun any way you like.

Of course, since this model is so popular, multiple gun manufacturers have developed a 1911 — or a similar-version firearm. The next time you go to the gun range, I recommend renting one of the following guns to see how a 1911 feels: 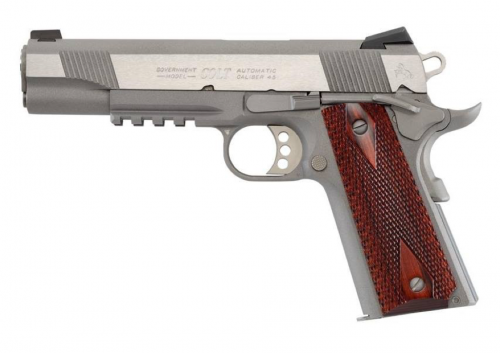 Even though John Browning invented the 1911, the first company to manufacture it was Colt. To this day, Colt manufactures different models, including the original M1911 version used by the military for over 75 years.

The fact is when it comes to reliability, you can’t beat the Colt 1911. This is the type of gun that is ready to go right out of the box and doesn’t need any fancy add-ons. If you’re looking for a 1911, Colt is a great one to buy. You will pay anywhere from $900–1,600, depending on the specific model and caliber you choose. 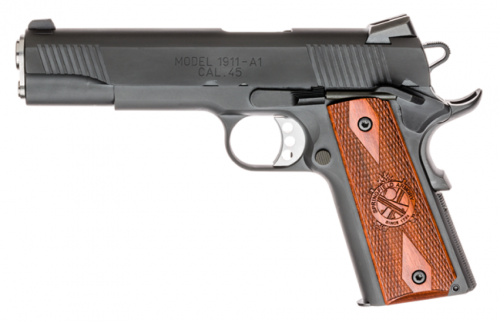 Springfield produces a great entry-level pistol. If this is a gun you love, you can easily customize and upgrade it to create the perfect gun for you.

As far as these pistols go, the models Springfield makes are probably the best for the price —ranging anywhere from $700–1,200. The Springfield 1911 also comes in different calibers and designs, including a mil-spec version used by the military. 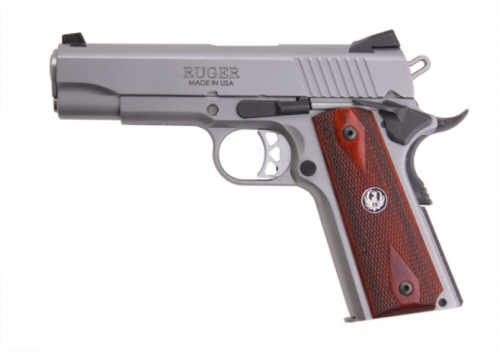 Ruger has only been manufacturing 1911s since 2011. However, in that time, they’ve developed a very reliable firearm.

Ruger is known for manufacturing more updated models — with modern parts such as an extended thumb safety and a beavertail grip safety. Another nice thing about the Ruger is that they sell for around $800–1,000, giving you a quality firearm for a decent price.

The 1911 has been around for over 100 years and will probably be around for another 100. Undoubtedly, it’s one of the most simple, reliable and accurate firearms ever produced, which is why it remains so popular.

Since it’s so versatile, the 1911 is a great gun for competition shooters, concealed carry or as a home-defense pistol. Nowadays, many firearms manufacturers are making major changes to older models and producing newer guns with all kinds of bells and whistles. But in a life-or-death situation, I prefer a gun that has been tested time and again and won’t let me down when I need it — which is why I own multiple 1911s.