It was like the arms dealer shows in the movies. Rows of vendors ready to show off their cool new spy gadgets.

OK, so it wasn’t as cool and glamorous as what you see in the movies.  The vendors in this room had plastic tables, no table clothes, and there was an obvious shortage of scantily-clad women.  And we weren’t being shown the latest firearms, bombs, or tanks.  Instead, we were getting a glimpse into the latest intelligence gathering devices.

We were getting ready to go to Afghanistan and being shown tools usually outside of our responsibility.  On this deployment, we were going to be so remote that we would have to rely largely on our own intelligence.

What’s really remarkable about that experience is thinking about how much things have changed in the last decade.  I want to share with you three of the spy gadgets that I remember looking at.

Yes, there was a super-cool fiber-optic camera that would let us get a visual inside a building before we breached it.  I really wanted to get one of these, but my fiscal conservatism took control.  The thing wasn’t useful at all.  It weighed about 10 pounds and came with its own small television to run it.  I couldn’t see us lugging that thing around the mountains for the possibility of using it once or twice during the deployment.  I wrote about having too much bug-out gear a few months ago, and this would have been excessive, to say the least. 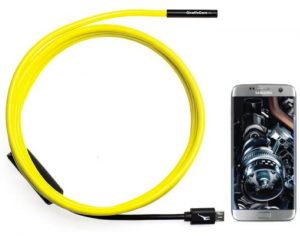 One of the key distinctions between spying on someone and being a hard-charging door-kicker is the ability to leave a scene without anyone knowing you were there.  That’s pretty tough to do when you’re breaking down every door you come across.  One of the tools on display was a lock shim.

If you’re like me, you’ve probably shimmed a lock or two in your day.  It’s basically sliding a piece of metal around the locking post portion of a combination lock to have it open up for you.  Lock shims are incredibly simple devices that you can make from a soda can.  But the homemade versions take a lot of time and wear out easily.  You can also cut yourself pretty bad if your hands slip.  All-in-all, it’s just best to buy some quality ones.

If you’re not like me and you have no idea how to make a lock shim, I found a video for you on YouTube:

Lock shims were actually the only thing I ended up placing an order for at this event.  However, thanks to the wonderful Army supply system, I never received my lock shims and ended up having to make my own anyway.

You can pick up a pack of 10 lock shims for around $6 on Amazon.  These ones even have a nice rubber grip.

Do you remember how high-tech spy drones seemed when they first came on the news?  Well, at this event they had one of the first single-person drone systems.  It was a remote-controlled airplane with a camera attached.  Another 10-pound box with a TV controlled the small plane.  It felt flimsy and I thought it would be easily broken.

As cool as it would have been to have one of these spy gadgets, I simply couldn’t justify requesting one.  The thing was not just heavy, but it was bulky and would have been nearly impossible to carry around with us in the mountains.

However, it turned out that our company did order one of these.  I found out about it when I was awoken at 2 am one morning to scour the mountains for the lost drone, which the operator had crashed “somewhere over there.”

Today you can get a much higher quality drone at a price that doesn’t require a defense budget.  The DBPower MJX has good reviews and is available for about $70. 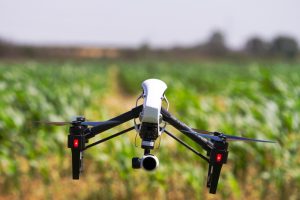 Thinking Back On Spy Gadgets

If you’re old enough to remember Maxwell Smart holding his shoe to his ear, the rapid rate of technology change has not gone unnoticed.  The spy gadgets he used are primitive technology today.  Today they are hacking the cameras and phones we all keep in our pockets.

Spying, in one form or another, is becoming more and more common.  Wife’s spying on husbands, parents on children, and our government on us.  As technology continues to improve, we need to remain ever-vigilant in our daily activities.  You may think you have nothing to hide because you’ve done nothing wrong.  But criminals are spying on you through social media and other means to determine which home to rob.  The recent Equifax hacks are a prime example of how criminals are getting your perfectly legal information.

On the bright side, as the technology to spy becomes more common, so do technologies to keep yourself secure.  The burden is on you to keep up with these technologies.  It’s a challenge every day to maintain security in an ever-increasingly insecure world.

Even if you avoid companies that have spied on you like Facebook, you are still at risk.  Equifax has been a huge eye-opener to the average American.  He or she now knows that even companies that you’ve never given any permission to have your personal details are putting you at risk.

Did I miss any spy gadgets you’d like to know about?  If so, leave a comment below and we’ll dig into them.