When it comes to handguns, semiautomatic pistols consistently outsell revolvers and tend to be far more popular with gun owners.

Revolvers, however, serve many of the same purposes as semiautomatics, including home defense and concealed carry. In addition, revolvers are very reliable and incredibly simple to operate — both desirable qualities, especially if you are a new shooter.

The thing I always tell new shooters is that they should carry the gun they are most comfortable using. This is why I strongly recommend going to your local shooting range and renting several different guns to find out what works best for you.

In the end, if you choose to carry a revolver, here are the top five revolvers to consider: 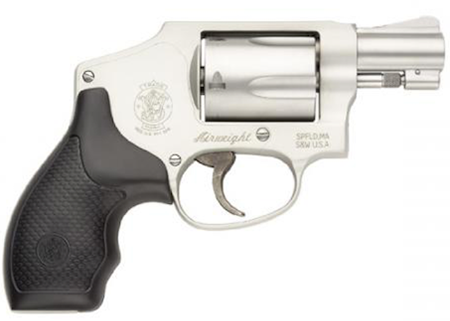 The Smith & Wesson 642 is one of the most popular revolvers on the market — in fact, it’s one I personally own. The J-frame model has an internal hammer, which means you don’t have to worry about catching it on your clothing when drawing it. The 642 is also lightweight for easy carry — it’s only 14.4 oz with an overall length of 6.3″. Since this gun is on the smaller side, I definitely recommend shooting one before buying it to make sure you can fit your hands on the grip. Because of its size, the 642 also has a nice kick to it. A new one sells for around $475. 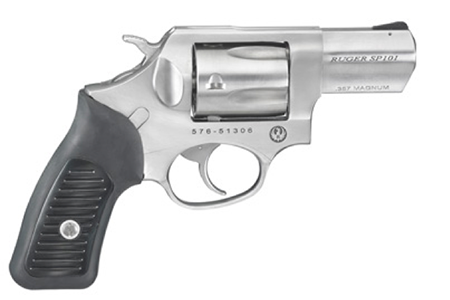 The Ruger SP101 comes in several different calibers, including .22, .38 and .357 (pictured). One of the reasons a lot of shooters like the SP101 is because the .357 caliber comes in a small frame model. The fact is Ruger has designed an incredibly reliable and durable firearm that can handle a large caliber in a smaller frame. Made from solid stainless steel without side plates, the SP101 is often referred to as the tank of handguns. Depending on the caliber you choose, the SP101 starts around $700. 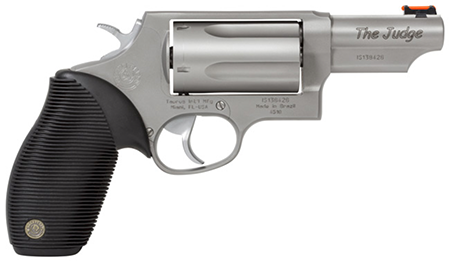 This revolver shoots .45 caliber rounds as well as 410 shotgun shells. The Judge is popular among gun owners who live in apartments — or anyone who is concerned about over penetration — since you can load it with the smaller 410s. It comes in 2″, 3″ and 6.5” barrel lengths, which makes it a great revolver for concealed carry as well as home defense. According to Bob Morrison, the former president of Taurus Firearms, a handful of judges expressed interest in carrying a .410 caliber in their courtroom, which is where the gun received its name. The Judge starts around $400, depending on the barrel length you purchase. 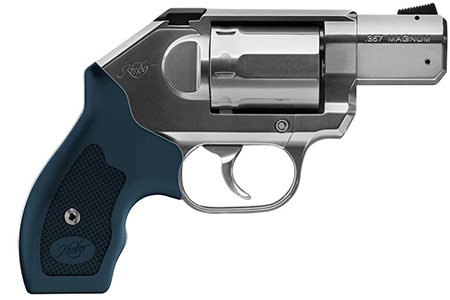 The Kimber is the lightest six-shot .357 magnum on the market, weighing only 1.44 lbs. unloaded. The K6s holds six rounds — compared with the 642 and SP101, which only hold five rounds. It has an internal hammer as well as replaceable sights, which is rare to find on a revolver. Kimber is known for producing quality firearms, and if you’re looking for a snub nose .357, I highly recommend giving this firearm a try. The K6s sells for around $900 new with only one downside: Since it’s a newer firearm, aftermarket accessories and parts are still being developed. 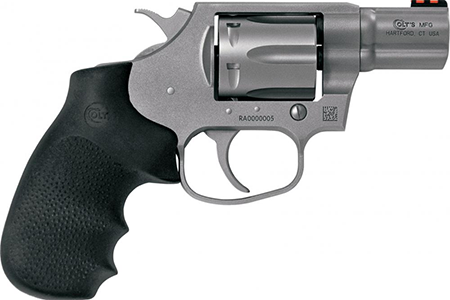 Colt has produced quality revolvers for a long time, and the Cobra continues this tradition. The newly redesigned Cobra is a .38 caliber with a 2″ barrel and an interchangeable front sight. One of Colt’s hallmarks (which the Cobra also has) is the option of a six-shot capacity, giving you an extra round compared to similar firearms that only hold five. A new Colt Cobra sells for around $700.

The reality is if you are involved in a gunfight and haven’t trained to handle the malfunctions that can occur with semi-automatics, then you would do better with a revolver. Revolvers have been around a lot longer than their semi-automatic counterparts — these guns are battle-tested and less likely to fail when you most need them.

So whether you are looking for a concealed carry or home defense weapon, I recommend checking out these five firearms to see if they fit your needs.