Nothing can make an emergency worse than being far away from your entire support network.  When you’re near friends and family, there’s always someone to work with in a disaster situation.  And that can make a world of difference.

Reader Marc W. recently shared some of his concerns.

I’m a truck driver, 63 yrs old. 170 lbs. In good shape. I’m a furniture mover and I drive most of the 48 states… For me, a worst case scenario would be something like an EMP or CME while I’m out east of the Mississippi River. Especially in a heavily populated area like NYC. Where would I go, what would I do?

Well, Marc, I think we can break this down and come up with some solutions.

First of all, I want you to relax and not worry about an EMP.  As Jason Hanson mentioned in his article about how to survive a nuclear blast, the chances of getting any sort of nuclear missile past our missile defense system are slim.  That alone doesn’t mean it can’t happen, just that it’s very unlikely.

For those who don’t know, an EMP (Electromagnetic Pulse) weapon is a theoretical weapon that might be created by a nuclear explosion high in the air via a missile.  Our missile defense systems would likely stop it.

That doesn’t mean the question is bad, just that you can cut your stress on the matter in half.

A coronal mass ejection, on the other hand, is a real threat.  I hesitate to use the word threat because it is an act of nature, not an enemy threat.  But it is still a threat to our survival and way of life.

I’d like to let Space Weather Live explain to you what a CME is.

A coronal mass ejection (or CME) is a giant cloud of solar plasma drenched with magnetic field lines that are blown away from the Sun during strong, long-duration solar flares and filament eruptions.

The concern here is that a powerful CME could fry electronics here on Earth.  In fact, this has happened in the past.  In 1959, one known as the Carrington Event, caused telegraph equipment to spark up and start fires.  And we are expected to have more CMEs at some point in the future.  If another event like the Carrington Event occurred today, it could take out our entire electrical grid.  The sparks that leapt from the telegraph machines might occur in transformer across the affected region, shutting down the entire system.

This event would also shut down Internet and GPS.  Needless to say, it could do some damage.

But the bright side is that, unlike an EMP, it’s a low-frequency event.  This means, at least in theory, it should require very long antennas to cause a problem.

We actually get hit by CMEs more often than most people think.  CMEs are accompanied by auroras that can reach down to the United States.  During the Carrington Event, Auroras were reported as far south as Cuba.  These normally are not powerful enough to impact our grid, but some have been. 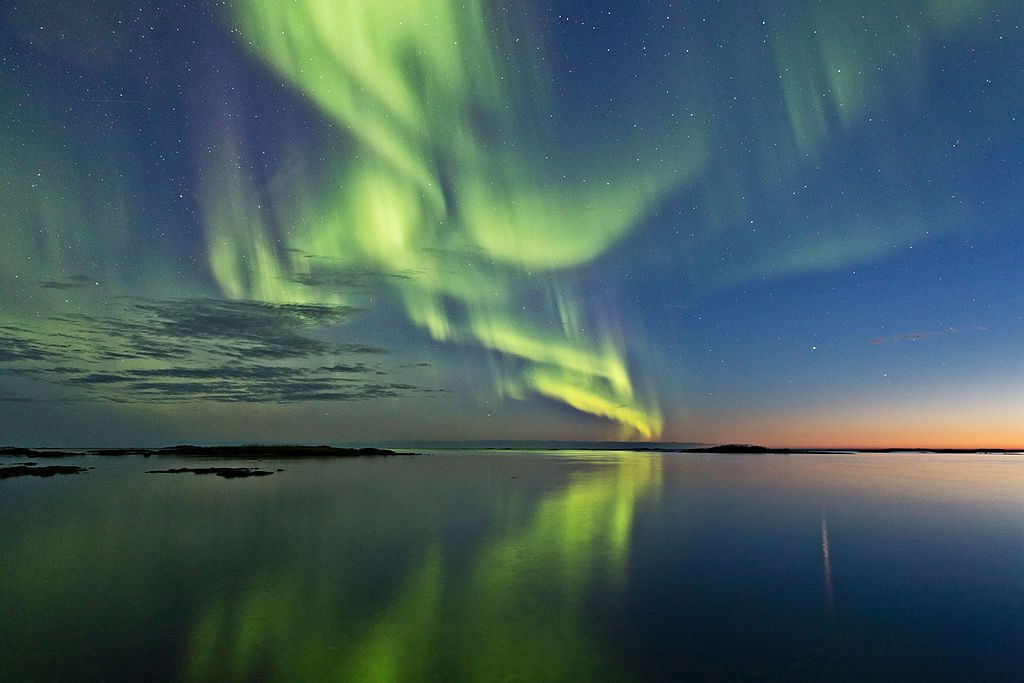 I want to point out that this section is pure speculation.  I’m neither a mechanic nor a solar scientist.  I am only going to come up with some ideas that “might” work.  If any mechanics or solar experts want to chime in, please leave a comment below.

As mentioned, this type of event should require extremely long antennas to make an impact.  Our Internet and Power Grids will act as these antennas.  Chances are that they will be shut down.  But your vehicle, at least in theory, should not be impacted.

However, there is a risk that your vehicle’s electronics could be impacted.

Most of the electronics in your truck aren’t all that important.  You can live with the windows stuck up or down.  You probably won’t be getting your favorite radio station in this situation anyway, so the fact that your radio might not work is not that big of a concern.

However, there are some electric components that are critical to the functionality of the modern vehicle.  One that comes to mind is the ignition.  If you’re in a moving truck, there’s a good chance it is a manual and you can push start it as a last resort.  The motor and transmission shouldn’t be affected at all, so it should still run.

The one caveat to that is the fuel injector.  Back when I did work on cars, the fuel injector was some new-fangled thingy and I wasn’t working on new vehicles.  If you had a carburetor, I’d be much more comfortable saying “forget the electronics”.  I’m just not sure how well a fuel injection system will work without electrical components.  You may want to ask your mechanic if there is any way to bypass the electrical systems the next time you take the truck in.

Whew!  We’re finally back in on a subject where I feel comfortable giving advice.

Essentially, you should try to get out of those high-population areas.  I recommend at least an hour away from major populations and some place that has a regular water source.

Where do you generally sleep?  If you’re in a big rig, this may be a truck stop where you occasionally crash for the night.

In something smaller like a U-Haul?  You may sleep in a hotel.  If you’re staying in hotels, I’d look at switching over to RV parks for these stops.  Most have cabins if you don’t have a sleeping compartment, and many have additional resources available.  I recently stayed at an RV park on Lake Santee.  The people were wonderful, the water was relatively clean, and I could have gone fishing in some sort of disaster situation.

Plan your routes in a way that you can stop at the same place frequently.  You may need two or three hubs near the east coast to make this work.  Maybe one on I-80 and another on I-20.  I don’t know what routes you normally take, so you’ll have to come up with this on your own.  But there are only a few major arteries that flow across the country and if you can have a “safe point” on each, you should be good.

Just make sure that you can get to these places in your truck.  Make sure to fill your gas tank prior to entering any major city.  This is good practice for anyone in any vehicle.

Start with some basic social engineering.  This may seem like some devious, advanced spy skill, but it’s really not.  Just get to know someone at these places.  Talk with the people that run the truck stop or RV park.  It can be any employee and just a quick chat.  Get to know them by name, and get them to know you by name.  As long as someone there remembers you, you won’t likely be turned away simply because the power is out.

A couple of years ago the power went out in the neighborhood I was living in.  I went to the store to pick up a few beers and enjoy the tranquility.  As I walked in the little convenience store, the owner was turning a customer away.  When I asked if they were closed, the owner replied: “Not for you.  We’ll just run a tab and you can pay us later if you don’t have cash.”

I did have cash, but it was reassuring to know that I had options if the power stayed out.  Remember, business owners don’t want to turn away business, so if they know your name, they’ll generally be happy to run a tab for you and trust that you’ll pay when the lights come back on.

Be Prepared to Contribute

You mentioned that you generally have between 4 and 14 gallons of water on hand.  That should get you to where you’re going, but it won’t be enough to share.  Consider getting a water filter that would handle thousands of gallons.  Having a solar shower may also make you a prime contributor.  Neither take up much space or weigh very much.

Also, make sure you have cash on hand.  By just being able to pay cash, you are not only able to pay, but you give the business some working capital to make purchases on the local economy.  Other valuables like silver or gold may be accepted as well.

Can you fish?  If you know how to fish, you may want to pack a fishing pole and a small tackle box.  If you can pull a few fish out of a nearby lake or river, you can become an important member of the community when this event lasts long enough to affect food supplies (which won’t take long).

Fishing is just one example.  Only you know what talents you could bring in a disaster situation.  Be prepared to contribute to a community by having some supplies to share and skills/tools to help out.  Start making contributions early and often.  This will get you in the business owner’s good grace and keep you from being asked to leave.

CMEs should not come as a huge surprise.  You may have a couple of days notice before one reaches us.  For the most part, planning for a CME isn’t much different than planning for other types of emergencies.  Know where you’re going to go and how you’re going to survive until things get back to normal.  That may be months with a CME, but it may be months for people in Houston right now as well.