Home preparedness Save Your Own Neck With a Neck Knife

If you’re like me, carrying a knife is like putting on your shoes. It’s something you do every morning as part of your routine. Another such person is avid outdoorsman Dan Human — and it’s a good thing, too. Let me tell you why.

Years ago, Dan was hiking in the Adirondack Mountains, slogging his way through deep snow, dragging behind him a sled full of gear for a five-day adventure. At one point, he came upon a two-log bridge traversing a 12-foot-wide gully over a frozen creek.

While crossing the bridge, Dan’s sled fell off, pulling him down to one knee as he tried to hang on without falling into the frozen water below. Dan admits he thought about letting go, but he was worried about whether he’d be able to move after the fall or if he would be so severely injured he would lie in the creek and suffer a slow, painful death. 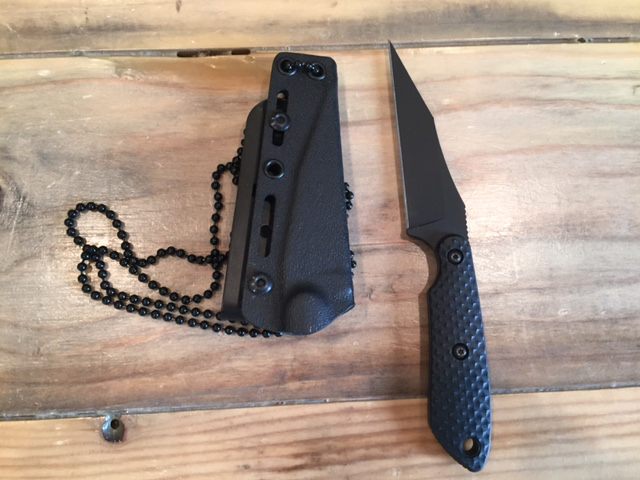 Then Dan remembered the knife hanging around his neck. He quickly pulled it out of the sheath with one hand, reached around behind him and cut his tow rope. His gear-filled sled dropped like a stone, crashing through the ice and into the frigid water below. (Luckily, Dan had waterproofed his gear and was able to pull the sled out of the creek with all his gear still safe and dry.)

Wearing a neck knife that day saved Dan from falling and possibly even dying on his trip. He was in a very difficult situation with limited movement that made it difficult to reach his gear.

This is why I’m a fan of the neck knife, and if you’ve never carried one, I hope the reasons below — in addition to Dan’s story — will make you change your mind.

While a neck knife definitely has some big advantages over other knives, there are a few drawbacks that bother some people:

Overall, a neck knife is a tool that can come in handy when you need it most. Even though there are pros and cons to wearing a knife around your neck, in my opinion, it’s a great idea — especially if you are restricted in carrying a knife elsewhere on your body.