Home Educational How to Be a Good Hostage

An armed man walks into a credit union just east of the Strip and demands cash. He collects about $19,000 from the terrified tellers who look on in horror as he takes one of them hostage.

The criminal forces his captive to leave the bank with him. He carjacks a couple at gunpoint and orders them to drive him and his prisoner to a Harley-Davidson dealership near the famous “Welcome to Fabulous Las Vegas” sign.

He enters the dealership to buy a getaway bike and his victims take the opportunity to escape. They drive to a nearby gas station and call 911. Authorities arrive at the motorcycle store and arrest the assailant.

Police identify the suspect as William Ethridge and book him on charges of robbery, kidnapping and vehicle theft.

Clearly, William Ethridge is no criminal mastermind. His victims are lucky they were able to emerge from the ordeal without any physical injuries — in other cases, hostages have not been so fortunate.

What would you do if you were taken hostage by a dangerous criminal who had no qualms about holding innocent people hostage until their demands were met?

The fact is criminals often take hostages when they have a larger goal in mind beyond petty thievery. For example, taking hostages is one of the most profitable ways fringe groups fund terrorist activities. It’s also an effective way for terrorists to garner attention for their cause.

If you’re taken hostage, the first 30 minutes are the most critical. This is when most victims will panic, which may irritate the hostage-taker and provoke them into making a rash (and possibly deadly) decision.

Should you ever find yourself in a hostage situation, here are six things you can do to survive that first half hour — and hopefully make it home to your loved ones unharmed:

While Hollywood often likes to portray hostages overpowering their captors and killing the criminals, you need to remember this isn’t always the reality.

But the fact is 80% of hostages taken around the world do survive this nightmare. All you need to do is play it smart and remember these six tips so you can live to see your loved ones again. 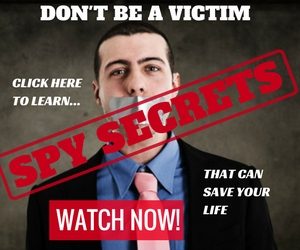