Following Australia’s police foiling the plans of would-be airplane bombers, I thought it timely to take another look at airplane safety. The planned attack came as something of a surprise to me at a time when we’re seeing a pattern of more lone operative or home-grown terror attacks carried out with everyday items, like a blade, or truck. Even so, the airplane has not left the sights of terrorists as a potential target. It is not something relegated to the remit and MO of 1970s/1980s terrorists with shaggy beards and wild eyes, the likes of which were sensationally fictionalized in films of that era, like Delta Force.

While we trust the intelligence and police services around the world are vigilantly working to thwart such attacks before they are carried out, the other danger to aviation is inherent in its very nature. It is a danger that has existed from aviation’s conception, and will always exist. It is the combination of man and machine. In other words, pilot error and mechanical failure can put the lives of ourselves, our families, and fellow passengers in jeopardy at any given moment. 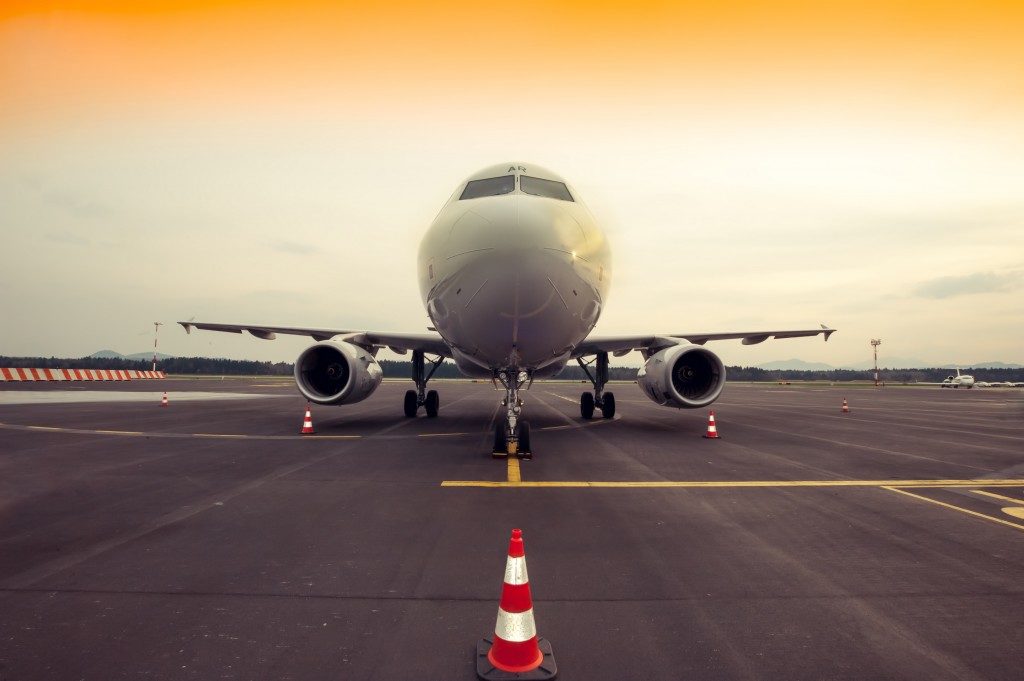 Just as we trust the intelligence services are trying to catch bad guys, we know that in the world of civil aviation our pilots and crew are just as professional when it comes to ensuring a safe journey. The comfort of air travel has increased dramatically from the early days. A hot meal, perhaps a glass or two of your favourite libation, and hours cruising on smooth air can put even those with a fear of flying at ease. And it should. You’re actually in one of the statistically safest places to be at over 30,000 feet, sailing gently through the stratosphere.

And yet, we still hear of air catastrophes, often due to those same old suspects, mechanical failure, human error, or in some cases both. When all does go wrong, what can you do to increase your chances of survival? Let’s look at a couple items that go beyond the safety briefing.

Lifejacket Deathtrap: The Story of Ethiopian 961

This was in every way a man-made accident, but the fatality incidence was higher than it had to be. Terrorists gained access to the cockpit and forced the captain to divert to Australia, interestingly enough in light of recent events. This was never going to be possible due to fuel on board. After running out of fuel, Captain Luel Abate was forced to ditch in the ocean.

When ditching, a pilot will attempt to land across swells rather than into them. Landing into swells can be disastrous. Abate attempted to land in the best way possible, but due to the terrorists fighting him for the controls, he lost the best angle of attack to land and ultimately lost control of a ditching that started smoothly. The aircraft cart-wheeled across the face of the water. Luckily the plane went down near a beach, and at this point, most passengers were still alive even as the plane came to rest and the evacuation began.

Predictably, the plane began to fill with water, but those who had already inflated their life jackets became trapped as they were pushed against the ceiling of the plane by the water like ragdoll buoys. Never inflate your life jacket until you have entered the water in a ditching. Fight the panic or temptation to grab at the inflation cord. The crew mentions not to inflate until you’ve left the plane very quickly during the safety briefing, but do not tell you why, and do not spend much time enunciating how important it is. Ironically, your life jacket can become your worst enemy rather than your best friend, so wait to inflate!

Did you know?—The emergency exit slide on an airplane can also be used as a floatation device, and inflates in approximately 3 seconds. This would be impossible with the small carbon dioxide and nitrogen filled canister used if it were not fed through a specially designed funnel supercharging the speed of the gas in the canister, and also drawing in more air from the outside.

What is hypoxia? Simply put, hypoxia is a fancy word for the onset of suffocation. It is a lack of enough oxygen to your body tissues, including the brain. Hypoxia can be triggered by many things, including a gunshot wound. It can also be triggered by rapid decompression of any aircraft.

Industry safety cards have always rightly depicted putting your own oxygen mask on before you help others (others being defined generally as children or the elderly) with theirs, not after. Especially with your child, a parent’s instinct is to give them oxygen first. Fight that inclination! Take care of yourself first so as to be able to help others. If you pass out and your child cannot reach the mask, they too will pass out and eventually perish. While crew will walk the aisles to ensure everyone has oxygen, it may be some time before they reach you and your child.

Did you know?—A jumbo jet carries only a limited amount of oxygen for passengers. The pilot must initiate a descent to thicker air quickly before the supply runs out.

Always count how many rows you are from an exit, both in front and behind you. In the event of the cabin filling with smoke after a crash-landing, you will be able to feel your way to an exit via the tactile feedback of grasping seatbacks.

Did you know?—A small hinge inhibitor is now being fitted on some airplane seats where the cushion meets the backrest. In the event of a major collision where G-forces propel passengers forward violently, the hinge holder reduces how far forward the backrests travel, reducing injury. And, did you know some airlines are now fitting airbags? If you’ve been buckled into a seatbelt that has a thick pouch around the nylon, that’s an airbag. It will deploy in front of you and cushion your careening into the next seat.

Some over-wing exit row doors have a hinge that pops up when you open them. Others are a hatch type design that do not. Older industry safety cards depicted placing the door across the seats of the exit row during an evacuation. This was a comic directive, silly as the comic book type people in the safety card demonstrating what to do with the hatch. What eventually happened in some real world evacuations is that the hatch became an obstruction, rendering the exit unusable, or at least costing precious time due to the bottleneck of folks trying to mount the door that had fallen off the seat into the aisle.

Thankfully, new cards depict tossing the door out away from the plane. That’s exactly what you should do. The door has served its purpose, so toss that sucker as unceremoniously as possible.

Did you know?—If you’ve been lucky enough to fly on a small business jet, chances are you’ve reviewed a safety card illustrated and printed by Air Safety Art International. Based in Blaine, Washington, ASAI is family owned and produces flight safety cards for many types of aircraft.

While we’ve examined what to do when in an air crash situation, don’t forget to keep a sharp eye for anyone acting suspicious and report it to the relevant authorities. You’ve got to trust your gut, because if something doesn’t look right, it probably isn’t. If it walks like a duck and talks like a duck, it’s not a polar bear.

On the other hand, there is no need to be unduly concerned when flying. So, in the proverbial words of the mumbling captain over a fuzzy intercom, “Sit back, relax, and enjoy the flight.”