Home Blog What to Do When the Water Is Rising

What to Do When the Water Is Rising

Cold, dark water fills your car, slowly rising around you as you frantically throw your weight against the door in vain. The panicked screams of your children echo in the small space as the roar of the water drowns out your cries for help. You are utterly powerless.

This is the stuff of nightmares. 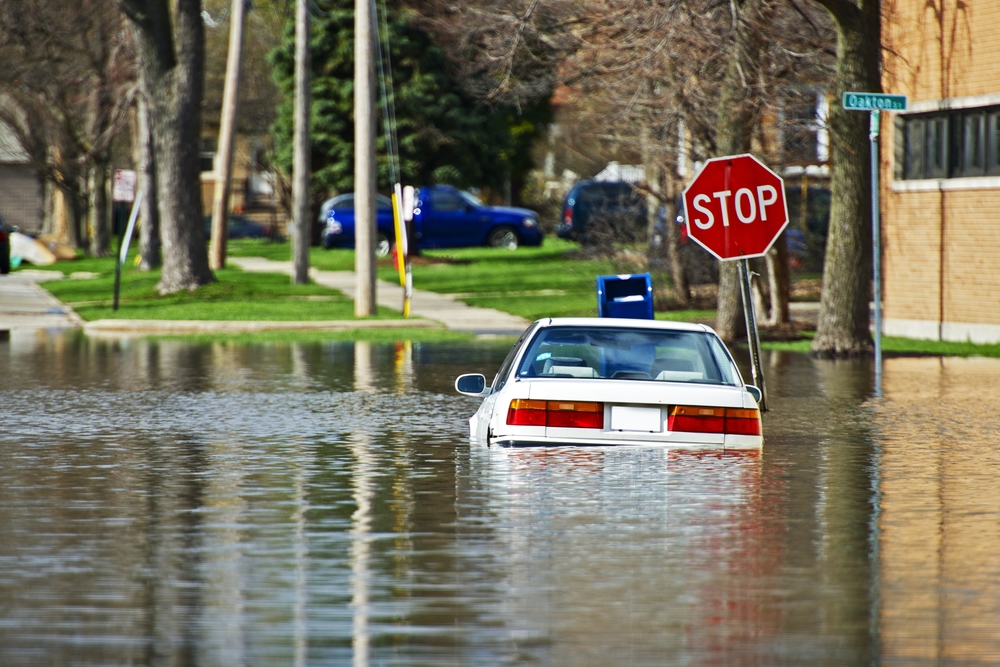 Earlier this month, eastern Texas was hit by some pretty severe weather, with multiple reports of tornadoes. During a brief lull in the storms, Canton couple Phillip and Emily Ocheltree left their home with their two young children and attempted to make it to a nearby storm shelter.

The Ocheltrees were driving near Myrtle Springs when their truck was washed off the road and flipped upside down in a large ditch full of water, trapping their 18-month-old daughter and 4-month-old son inside.

Fortunately, several other drivers saw the family in distress on the side of the road and stopped to help. The current made it difficult to open the doors of the truck, but passers-by were eventually able to pry them open and rescue the two children and their parents.

As soon as they were pulled from the floodwaters, two civilians immediately performed CPR on the children before they were transported to a nearby hospital. Thankfully, both children have since been released and are doing great.

The dramatic rescue was captured on video and has been viewed millions of times. It’s amazing to watch this group of strangers come together without hesitation to help their fellow man. Everyone involved that day is a true hero.

The Lesson in the Lining

Around this time each year, it’s not uncommon to hear stories of people trapped in their cars by rushing water. In Utah, where I live, the snow in the mountains is starting to melt, and many of our rivers are overflowing with fast-moving water that can easily overtake a vehicle. You also hear about people who drive through water not realizing how deep it is and end up trapped or carried away.

In fact, hundreds of people in the U.S. die each year from being trapped in sinking vehicles. So today, I want to share with you what to do in this situation. Hopefully, you’ll never have to use this information, but if you ever do find yourself in this situation, you’ll be prepared:

The fact is when your car is sinking, you have about 30–60 seconds to get out before it becomes completely submerged. Since time is of the essence, keep these do’s and don’ts in mind in case you’re ever trapped in a sinking vehicle.

The No. 1 “don’t” to remember is don’t attempt to drive through floodwater in the first place. If you can avoid it by going around it or taking another road, do that. This is why it’s important to have several planned escape routes, a paper map in your car and at least a half tank of gas — so you can get to where you need to go safely.