On a sweltering day in August 2003, the demand for electrical power was high. People in the northeastern US turned up their air conditioning to combat soaring temperatures. In Northern Ohio, a major supply line at FirstEnergy’s Eastlake power station overheated resulting in a power outage.

The high-voltage line burned out. A software glitch left power station staff unable to identify the failure. Remaining lines were called upon to carry more power. They too overheated and shut down. Within just three minutes, 21 power plants were offline. A domino effect ensued. Power supply throughout eight northeastern US states, as well as Ontario, collapsed. 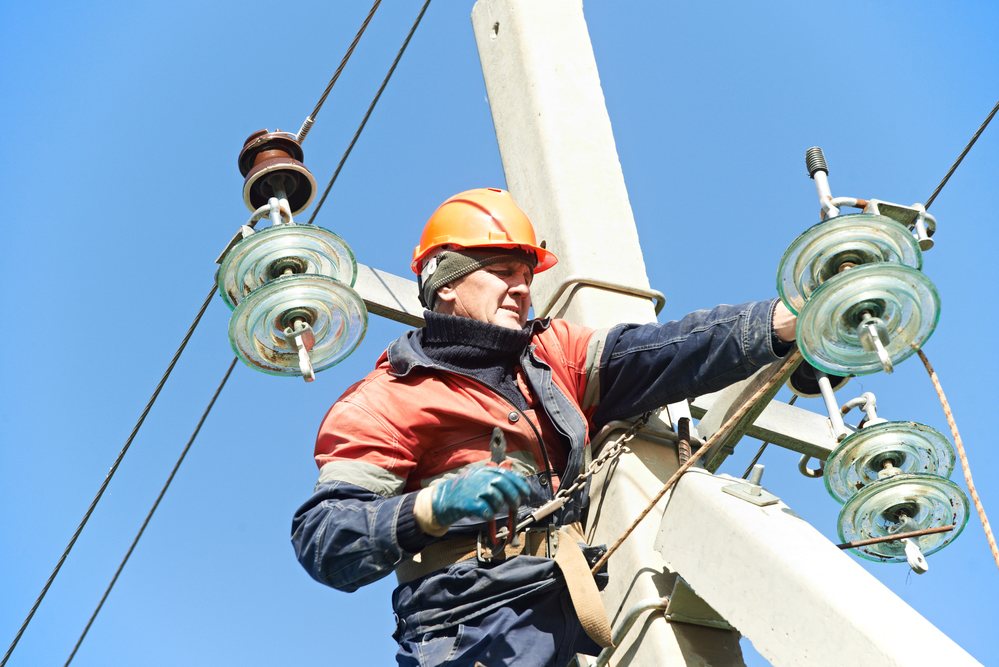 Nine nuclear power stations then went offline because of the loss of off-site power, and to prevent overload from extra demand. Switching off nuclear power is a complex operation. It requires a series of carefully monitored cooling procedures to avoid a Fukushima-style meltdown. Once a nuclear power station is switched into ‘safe mode’ it cannot instantly return to full capacity. Power production has to be ramped up gradually. Thus, it took time before the plants were able to start contributing again.

The combination of careless infrastructure maintenance, together with a software malfunction, resulted in North America’s biggest-ever power outage. In a little over two hours, 50+ million people were without electricity. The blackout lasted two days for many, some people went without power for two weeks.

When the power cut out…

Cities affected included New York, Cleveland, Detroit, and Toronto. People spilled onto the streets trying to find out what had happened and why. Initially, fears of a terror attack were high. Authorities were quick to assure citizens that the problem was simply a power outage.

Chaos on the roadways ensued. Thousands struggled to work their way home through cities with no working traffic lights. Trains and elevators came to halt. Passengers on the New York subway were stranded for two hours. Well-lit streets went dark.

Hospitals switched to emergency generators and turned off air conditioning to reduce their energy consumption. Procedures were put on-hold, and staff attempted to keep the most vulnerable patients cool and hydrated.

A large number of gas stations were unable to pump fuel. Those that did, hiked their prices as queues amassed. Drivers who couldn’t find gas, drove their vehicles until they ran dry. They then abandoned them on the highway, adding to the disruption.

Few cell phones worked as circuits quickly became overloaded. Landlines held up, however, and people queued to use pay phones. Even large, strategically-important organizations with their own generators ran into trouble. For some, it turned out email servers were situated off-site at facilities without power.

What the power outage meant for individuals

Experiences during the blackout were mixed. Some people treated it like an impromptu party. Once people were aware it was a power failure, rather than a sinister attack on America’s grid, they made the best of the situation.

Ice-cream parlors and restaurants gave away food that would not keep without refrigeration. Bars lit candles and served people as best they could. Commuters helped direct traffic and gave assistance to the elderly. Volunteers helped to distribute water brought in by truck from elsewhere in the US. For the most part, people behaved well and with consideration for others.

However, for some, the blackout threatened their safety and even their lives. As darkness fell, fire departments in New York alone received some 3,000 calls to fires started by candles.

As many as 100 people died from the effects of the blackout. Carbon monoxide poisoning caused by the internal use of generators, combined with chronic cardiovascular and breathing problems, played a role. Hospitals recorded higher admission rates for respiratory conditions during the period.

Air pollution monitoring equipment failed during the blackout. When it was reactivated pollution levels registered higher than normal. It’s possible that it was caused by generators, traffic congestion, and thousands of vehicles idling on city streets. Elevated pollution, combined with the heat of August, was a problem for many with respiratory illnesses such as asthma.

People with chronic health conditions had difficulty managing as water became scarce. Authorities scrambled to truck in bottled water. Pharmacies closed, home medical equipment could not be operated without electricity, and people were unable to call for help using cell phones.

Preparing for the future

Despite power companies taking measures, the power supply is complex and interconnected. You have no guarantees. The 2003 disaster caught power companies off guard. They were not expecting it.

Power companies hopefully learned lessons from the 2003 blackout. As for citizens, the power outage remains instructive today. You need to picture exactly what it would be like to be without power for 48 hours (or more) and prepare accordingly.

Ordinary citizens have little or no control over the power supply. However, we do have complete control over our own preparedness. Preparation includes evaluating the supplies, services, and machines we use so that we can understand how we must cope without them. To protect ourselves and our families, it makes sense to draw up a detailed plan. Look at what you’d need in terms of water, food, and fuel for a few days. Additionally, what should you carry in your car?

When relying on other people (power companies in this case) we always hope for the best, but it always makes sense to prepare for the worst.