Whether the US and the world choose to recognize or ignore information revealed by whistle blowers William Binney, Edward Snowden, and Robert David Steele regarding unwarranted governmental intrusions into our privacy, it’s undeniable that the surveillance state is everywhere.

The recent Wikileaks Vault 7 dump is like catching your 7 year-old with his hand in the cookie jar; only in this case the 7 year-old equates to certain criminal elements inside our government, and the cookie jar is our privacy.

Domestic surveillance is done without a warrant, without your knowledge, and without your permission. I don’t know about you, but I don’t want anyone monitoring my activities and communications. It doesn’t make me feel protected when a law like the Patriot Act “loosens the cuffs” so to speak on constitutional limits. Limits that prohibit things such as unreasonable search and seizure, that’s why we have the Fourth Amendment. 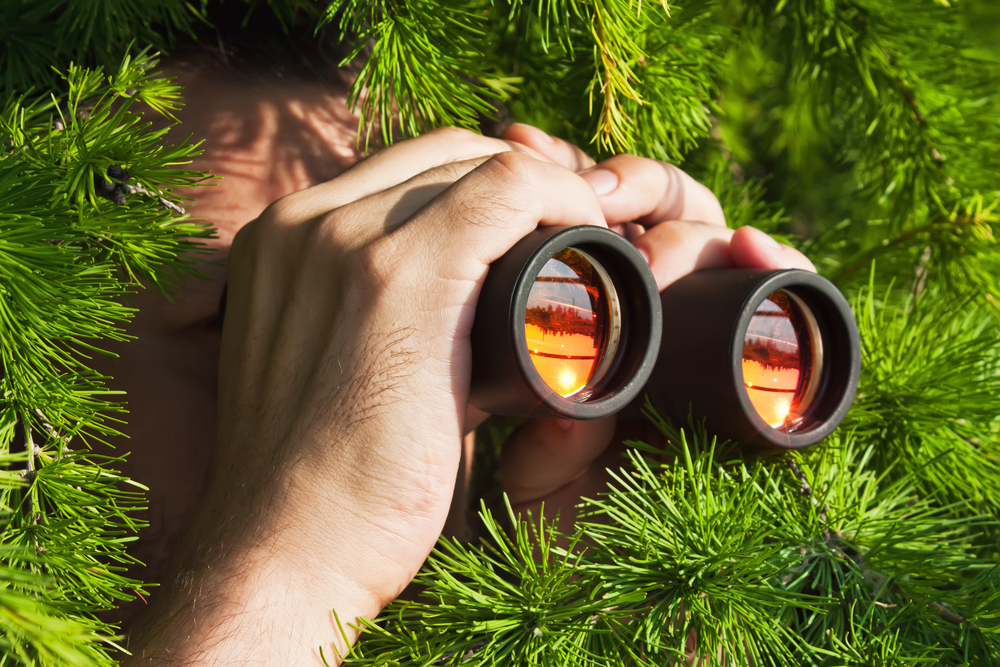 Surveillance, what it’s not

Most of us have watched a television drama or movie with police crouched in the back of a smoke-filled van. You know the scene, two agents coughing and cussing while eavesdropping, or snapping photos faster than the paparazzi when Britney Spears comes out of the house in a revealing outfit. These shows are nothing more than theatrical fiction. They have the subject apprehended after an hour or two of monitoring. These depictions fall short of providing insight into what surveillance really entails. Since there’s so much surveillance taking place, it makes sense to explain some basics.

This involves the stationary monitoring of activities and communications associated with particular persons or places. This type of surveillance can be conducted successfully using only one agent.

This is the same as stationary, but with the added ability of mobility in that you can follow the Subject via land, sea, air, on foot, or in a vehicle. This type of surveillance typically requires multiple agents to be conducted successfully.

This is the same as stationary surveillance only electronic equipment is used to monitor Subject communications and activities.

Mobile surveillance is one of the most difficult and dangerous forms of surveillance in which one can be involved. It is almost identical to stationary surveillance except the Field Agent must follow the Subject if necessary. The Subject may become mobile in a vehicle, on foot, in a taxi, city bus, or be picked up by a third party. It is easy to see how this can present obstacles for the Field Agent whose tasked with following the Subject while not being discovered or losing the Subject. As a general rule, the Field Agent should allow the Subject a considerable amount of space while conducting surveillance. There are times when it is necessary for the Agent to allow for very little space such as when operating on foot, in a crowd, or when a Subject enters an elevator. The Subject should be allowed to carry on his or her normal activities without becoming aware he or she is being monitored.

That’s easier said than done because we as human beings have an innate ability to feel and interpret certain energies. Have you ever stood in line at the store and had a weird feeling someone was starring at you? You turn around and someone is starring dead in your face. That’s the connection I’m trying to describe.

Electronic surveillance uses devices to obtain information. This is done via monitoring a Subject’s telephone communications, Internet activity, GPS coordinates, and financial transactions among other techniques. On May 15, 2012 Wired magazine released an article highlighting the sentiment of then CIA Chief David Petraeus. Wired reported that at the IN-Q-TEL summit Petraeus suggested Internet connected appliances, such as washing machines and televisions, are a wealth of information that will be exploited to gather intelligence. Wait, it gets worse! Thanks to the Wikileaks Vault 7 dump we have been made aware of a program code named “Weeping Angel,” where surveillance can be conducted through smart TVs.

Additionally, electronic surveillance can involve installing keystroke-monitoring software on a Subject’s computer, which will alert the surveillant whenever the Subject logs on to his or her computer. Another useful tool is “picking” or hacking the Subject’s phone to observe their correspondence. Listening devices, as well as GPS tracking devices, provide necessary intelligence when utilized properly, but they are accompanied by considerable monetary costs.

In this breakdown we have taken a quick peek at what surveillance is and more importantly what it isn’t. The next time you hear someone trivializing surveillance because they “have nothing to hide” ask them this question: if you have nothing to keep private, then why do you lock your doors at night?