When at a hotel, how safe are you and your belongings?

There I was, sitting on the toilet in a hotel bathroom sweating bullets in a gorilla mask and a two-piece suit. Although this may sound like a nightmare, or the plot of a recent horror movie, it’s neither. Several years ago I performed a stunt to prove a point to the housekeepers working for me: stop leaving guest room doors propped open! 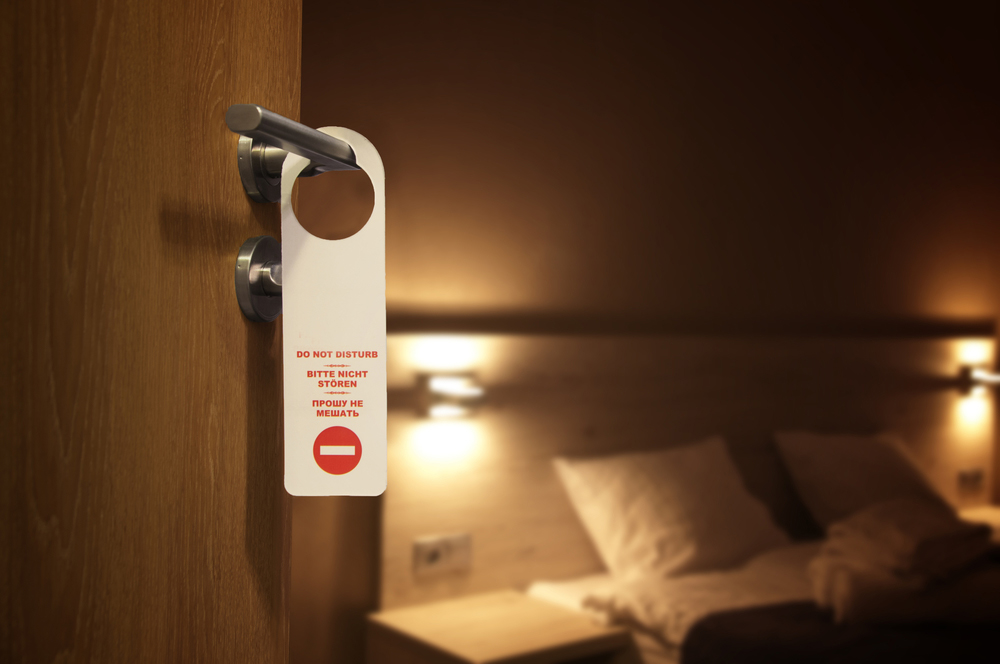 You’re comfortable, but are you alone

How many times have you arrived to your hotel room, set your luggage on the dresser, plugged in your cell phone, and turned on the TV without ever checking if you were alone? You might think well hey, a housekeeper cleaned my room and I’m sure the room was inspected. Here’s the reality: despite being instructed otherwise, housekeepers will often clean multiple rooms at the same time. I can’t tell you how many times I’ve walked hotel floors and seen several rooms with their door security latches reversed to keep the doors ajar. Or worse, I’ve seen rags on the floor holding doors wide open. It didn’t just happen when rooms were unoccupied either, it happened for occupied rooms.  I knew because I’d see luggage in plain sight!

It only takes a minute

I’ve seen Instagram videos where a woman pumping gas has her purse stolen in a matter of seconds. Imagine then what could happen to your belongings in 5 minutes while the housekeeper is next door. Why keep several rooms open at once you ask? It depends on the day, the housekeeper’s mood, how many rooms she has to clean in what amount of time, etc. The housekeeper thinks I will spray both bathrooms down, when I’m done with one the other will be ready to be rinsed. I’ve reprimanded housekeepers more than once for having several rooms open at one time. Sometimes open rooms are completely clean and just waiting for coffee creamer or a valet bag.

Let’s flash back to the sweaty gorilla suit man. The housekeeper did not hear me enter because she was vacuuming another hotel room. After a few minutes, I heard the housekeeper enter the hotel room where I was sitting. With a loud bang she let the door slam on the safety latch that was keeping it ajar. Even though the door of the bathroom I was in was half open, the housekeeper walked right past me and vacuumed an adjacent room for a few minutes. I made a slight coughing sound. The housekeeper walked towards the doorway and started to turn on the light when I scared the you-know-what out of her. Since that day she and I have laughed about that incident many times. But she never left another room open unnecessarily again.