A healthy diet is one based on fresh fruits and vegetables. But what if I told you fresh produce isn’t always as fresh as you’d think.

Fruits and vegetables often sit around in processing plants for lengthy periods of time and spend weeks in transit before hitting store shelves. In short, the nutritional value of produce can vastly diminish before you can buy and consume it. 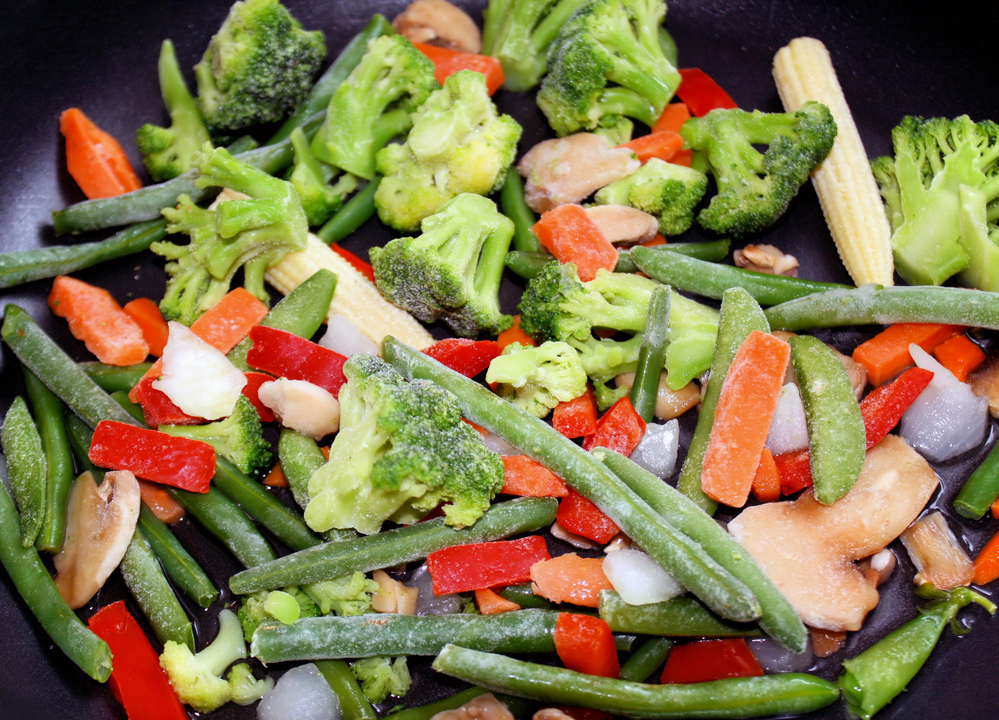 Take the case of bananas. When you see them at the store they’re often green, not that healthy yellow color. When they ripen and you eat them their texture may be off or they may be lacking in flavor.

This is because they are picked before having a chance to fully mature on the vine and develop all the nutrients associated with that final stage of growth.

After being picked from the tree, bananas (as well as other fruits) are kept in storage before being put into containers and shipped out. By the time they get to your local grocery store they have less nutritional value.

Misconceptions about frozen and canned produce

There are plenty of misconceptions about canned and frozen foods. Yet scientists have found a lot of it may actually be healthier than fresh produce. It’s because fruits and vegetables picked for canning are usually fully ripe and processed quickly, allowing you to get the most benefits.

Frozen produce has its advantages. A 2013 study conducted at the University of Chester in the U.K. revealed certain frozen fruits and vegetables are on par with, or in some cases, higher in vitamin C, lutein, and beta-carotene than their fresh counterparts. Why? Again, fruits and vegetables are often cleaned, cut, blanched, and frozen within hours of being picked. The quick turnaround between harvesting the produce and freezing it greatly preserves its nutritional value.

Another benefit to frozen or canned produce is that unlike fresh produce, the calories and nutritional facts are on the label for you to read. As far as preservatives go, canned and frozen foods often don’t require preservatives for food safety.

Fruits and vegetables are full of antioxidants to ward off disease and slow down the decay of cells. These give you a more youthful look and extra energy as you go about your day. Although it may seem counterintuitive, Dr. Gene Lester, a research plant physiologist at the USDA’s Food Quality Lab in Beltsville, MD. states, “While some vegetables and legumes lose nutrients in the canning process, others actually see their healthy compounds increase.” This is because canned food is heated, which causes certain raw vegetables, like corn and tomatoes, to release antioxidants, making the food more nutritious.

Busy schedules can interfere with your ability to prepare healthy meals for you and your family. Most people don’t have the time or energy after a busy day working to clean and cut vegetables before they even start cooking.

Eating frozen or canned fruits and vegetables fits easier into peoples’ lifestyles. According to Calgary-based dietitian Richelle Tabelon, “You can easily create a healthy and flavorful meal using a combination of fresh, frozen, and canned ingredients.”

Registered dietitian and president of the Produce for Better Health Foundation, Elizabeth Pivonka revealed, “it’s easier to have a balanced diet with stored food as it costs less, maintains its taste, is already cut, and easier to cook.”

When it comes to getting your daily servings of fruits and vegetables, convenience is as important as taste. And in this case, stored food is the ideal solution.

Easier on Your Pocket

A 2012 study in the American Journal of Lifestyle Medicine revealed stored food doesn’t only help you increase your intake of fruits and vegetables, it also saves you money. For example, canned tomatoes have the same amount of dietary fiber as fresh ones, yet are 60 percent cheaper. Canned spinach gives you similar amounts of vitamin A and folate, but it’s 85 percent less expensive than fresh. Fresh produce can be expensive, especially when it’s a fruit or vegetable that isn’t in season. With stored food, you can enjoy your favorite fruits and vegetables all year round.

Fresh produce, if not eaten in time, ends up rotting and being thrown in the garbage. An estimated that 70 billion pounds of food goes to waste in America each year alone. This shocking statistic is definitely food for thought.

Next time you’re in your local grocery store, be open to considering canned and frozen alternatives. You might just give your body more nutrition, keep more cash in your pocket, and do your bit for the environment too.