Home Blog Turning Your EDC Wallet Into A Toolbox

In the Army we have a saying. “Two is one, one is none.” This saying comes from the engineers. It’s meant to emphasize the importance of making sure a demolition charge actually blows. All too often, especially with older detonators, a blast wouldn’t occur. This has some very dangerous effects. Mainly, you now have a charge set to blow and a detonator that might go at any moment.

For that reason, combat engineers always place two detonators on every charge. Nobody wants to be the one to go replace the first detonator if it doesn’t set off the charge.

Somehow, this saying was incorporated into the Infantry in my early years in the Army. It was a fine saying in Iraq and other environments where we moved mostly with vehicles. But it was a horrible principle when we had to carry everything on our backs.

“How many purposes does it serve?”

That was the question I lived by in Afghanistan. Anytime someone had the “great” idea to add something to our packing list, I would ask how many purposes it served. You may be surprised at how many purposes you can come up with for things when you put your mind to it.

The issued Kevlar helmet is a great example. It has a variety of uses:

The list can go on, but you get the point.

How many purposes does your wallet serve?

It’s an interesting game to play. It’s mostly a carrying case for other tools. But just how many tools can you fit in there?

I’ve even used my wallet as a pillow more than a few times. That poor pillow just never makes the cut.

The wallet can hold a wide range of critical tools. This makes it an everyday carry item that almost everyone uses. You can fit so much in that little space and nobody thinks twice about you carrying one around. Security isn’t surprised when it comes out. And you almost never forget it.

Why not add one more item to your EDC wallet?

The credit card lock pick set fits cleanly inside your EDC wallet. It can provide you with access to most doors in America without having to break the door down. The set includes a high quality tension wrench and rake for simple locks, as well as more advanced tools for those tougher locks.

Your wallet is usually filled with things for your everyday life. By adding a lock pick set, you’re turning your wallet into a part of your emergency kit.

The less you have to carry the better. By placing one more valuable tool in your wallet, you’re increasing the value of carrying that piece of gear. 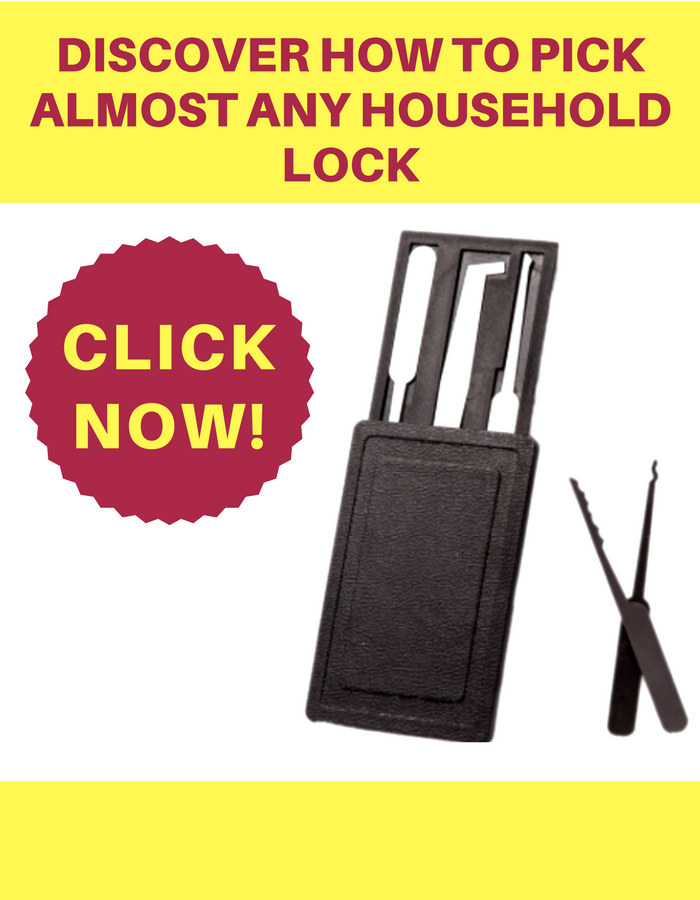