I’ll be honest, despite my combat experience, I’ve never had to execute an escape and evasion plan.  I’ve been trained and tested on them, but I’ve never had to put one into action.  And I hope you never have to either.

But that doesn’t mean I haven’t been in circumstances where the escape and evasion gun belt wouldn’t have been handy.  In the military, I always had a team around me and the enemy preferred to stay as far away as they could.  As a solo traveler, however, I’ve had some closer experiences. 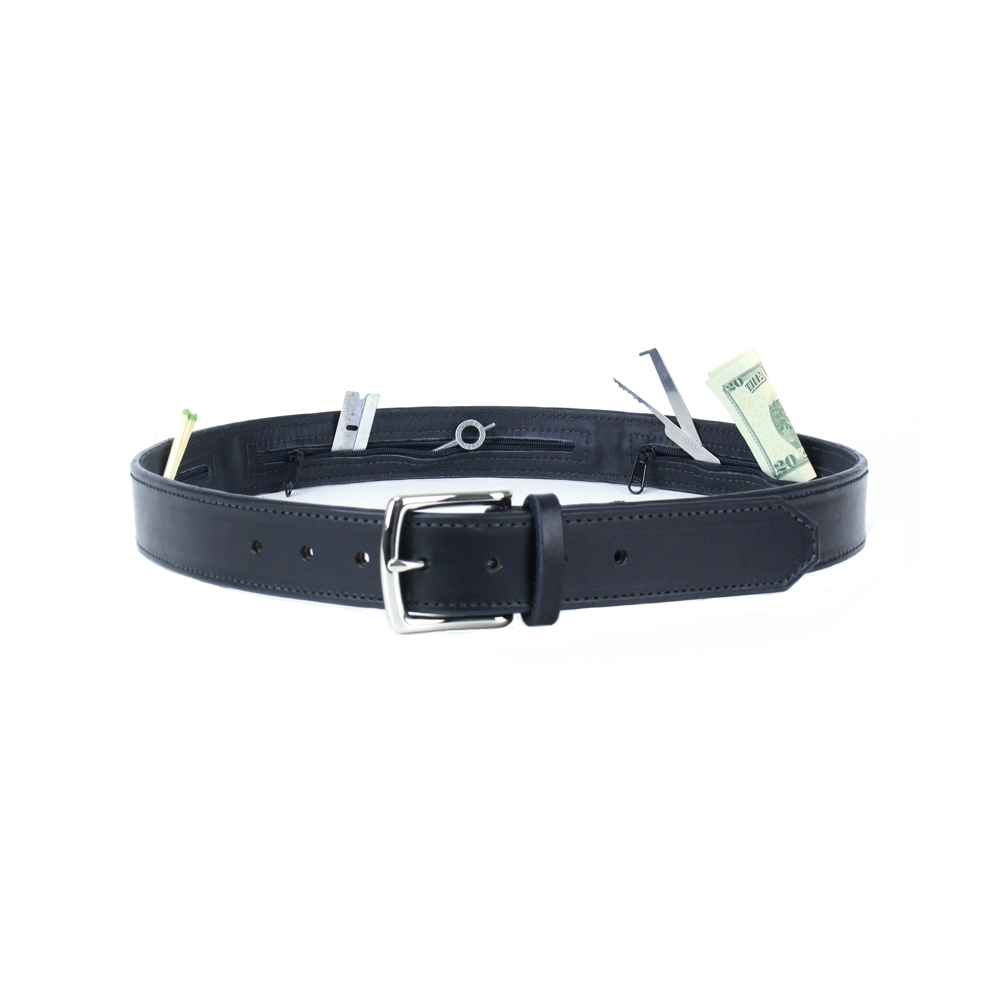 In my travels, I’ve been attacked 3 times.  Luckily I was able to defend myself each time.  I was cut once, but never lost anything.  If any of these situations had turned any worse, I could have been in a lot of trouble.  In fact, I know a lot of people who have run into serious problems.

I once got an early afternoon knock on my door.  It was a friend of mine and one of his friends visiting from the U.S..  They had been robbed.  The young guy had met two attractive women and was blown away by how much they liked him after only meeting him ten minutes before.  He had made the decision to leave my friend at a bar and take a walk with the two girls.  That’s the last thing he remembered.

Scopolamine is a powerful drug commonly used on naive foreigners here in Colombia.  It is so popular because it makes the victim completely compliant.  The two girls drugged him and then took him to my friend’s apartment where he was staying.  They robbed the house of everything of value and left the guy to die with only the clothes on his back.

After three days in a hospital, he recovered.  He was actually lucky.  He not only had his life, but a friend (or former friend) in the area that could take care of him.

That’s why it’s important to have a plan.

A good plan should be layered.  If you are robbed, whether traveling abroad or just down the corner, a plan can save you a lot of trouble.  Ideally, you’ll have at least three layers of security.

This part of the plan basically means having an emergency fund in the bank.  This is a very simple part of the plan for those who have problems near home, but it’s a little more detailed for those who travel.  If you travel, it’s not enough to simply have money in the bank, you need to be able to access it.  As the young man in my story quickly found out, without id or credit cards, his money was useless in the bank.

It helps to have someone you trust back home who has access to an emergency savings account or some way to get you money.  I bank with a very small credit union where I actually know the people working there.  If I contacted them for a wire transfer, they would be able to confirm my identity without much difficulty.

At a minimum, contact your bank before traveling and find out what the requirements would be to send money in an emergency.  Then have a plan to meet those requirements.

This can sometimes be the hardest part of a travel plan.  This means having some way of getting money and help locally.  If you’re traveling someplace where you don’t know anyone, try to find where the foreigners hang out and make a friend.  It doesn’t need to be a best friend.  Just meet someone and make a good first impression.  Most foreigners are happy to help each other out, but they don’t trust strangers.

Over the last few years, I’ve had several old army acquaintances reach out and say they would be in Medellín.  Coming to visit is always one of the first things on their list to do.  Even if we weren’t that good of friends, we have a beer and I give them the lay of the land.  This is just good planning.

Just remember, local does not include your hotel room.

This is another difficult one.  A thief will be looking for the goods everywhere.  It is important to have a good hiding place and the belt can be the best one.  Most thieves won’t have any interest in stripping you naked, but they will check pockets and they are even onto the sock game.  The escape and evasion gun belt is a fantastic option.

Like the guy who got drugged, his clothes were the only things he had left.  He didn’t even have the money to place a phone call.  The reason they came knocking on my door was so that he could call his parents to get money from them.  My friend knew I had a VOIP service to call the U.S.  If he hadn’t known someone who could help him out, $20 would have made a huge difference.

The escape and evasion gun belt looks like a standard belt.  It has three pockets on the inside.  This is plenty of space to hide a few bills and a copy of your passport.  These are as important to your security as anything else when traveling abroad.

And remember, if you’re in a country where you don’t speak the language and two beautiful women are throwing themselves at you, ask yourself if you’re really that good looking. 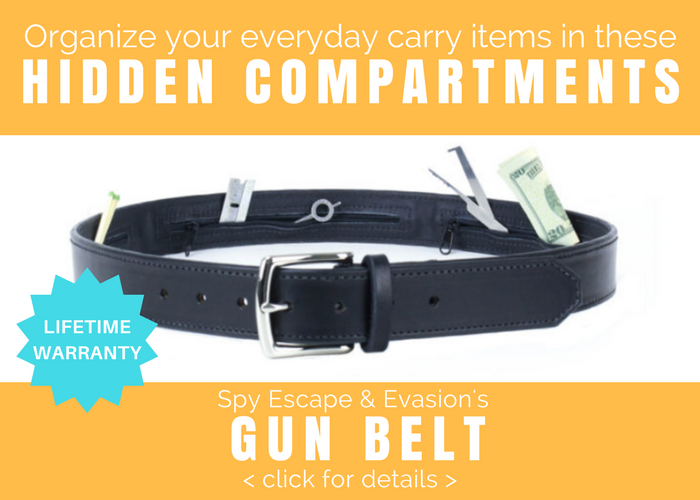