Home preparedness Knowing The Baseline: Were We Compromised?

It was about 10:00 am when we first saw her.  We had set into position before first light to keep from being seen, but she was only about 30 feet away and appeared to be looking for something.  The main element was scheduled to start their movement in about an hour. A compromised position now could signal the movement and put the main element at risk.

She kept coming closer, still looking.  I was sure she had seen us.  Maybe she’d been sent to look for us because they knew we wouldn’t detain a woman and she could get the details back.  She kept moving closer, a little more than 10 feet away now.  I couldn’t image that she hadn’t seen us by this point.

Just when I was about ready to get up and abort the task, she did the unthinkable.  She lifted up her dress, squatted, and relieved herself.

We could all relax.  In this part of Afghanistan, the woman would have been stoned to death if anyone knew what we’d just seen.  We sat silently while she finished her business and left.  We were safe. 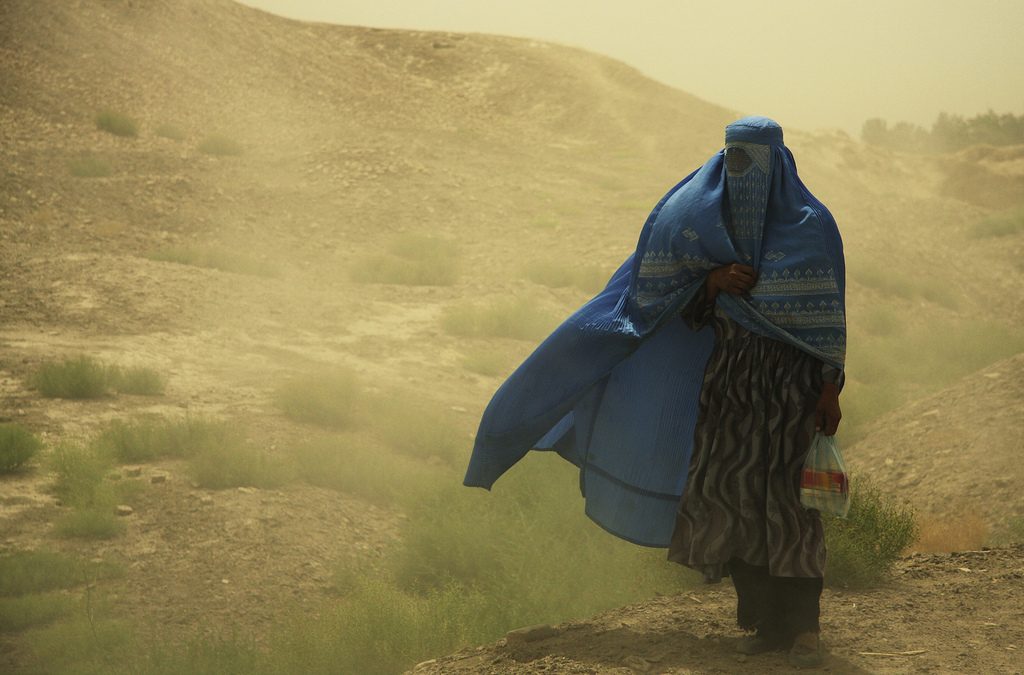 In Cooper’s Colors, condition orange could be simply explained as a high alert.  It is below condition red, which is fight or flight.  Your senses should be at a heightened level and you should be looking for threats and options.  Put simply, it is that really nervous point where you know something is wrong.

Whether you know what is wrong or not depends on your understanding of the baseline.  I won’t go deeper into explaining Cooper’s Color’s, but Jason Hanson covers it in his book much more thoroughly.

Today, I want to focus more on the importance of knowing what normal is.  The normal of any situation is considered the baseline.  That could be knowing what is normal for an area or knowing how a friend normally acts.  Normal is the line from which we judge a situation.  Sometimes this is easy to determine.  Other times it’s hard.

In the situation in Afghanistan, the woman was walking around looking for something.  This seemed out of place and it put me in condition orange.  I was evaluating my options.  It would have been embarrassing to admit we’d been compromised, but it would have been safer to break off and tell the main element that they wouldn’t have cover on their route if they continued.

However, it was an even more unusual event that brought me out of condition orange and back to yellow.  Her actions demonstrated two things.  First, it explained why she was walking around looking at spots on the ground.  Second, it demonstrated that she had definitely not seen us.

The Baseline Can Change

When I returned home from Iraq in 2004, my mother asked me how we knew something was about to happen.  I explained to her that we watched for children.  The children had nothing better to do but play in the streets in Iraq.  So if there were no children in the streets in the daytime, there was a problem.  We’d even give the children candy and soccer balls to encourage them to come out and visit with us.  It was both good public relations and a good early warning system.

That story must have stuck with her.  Just last year she came to visit me in Colombia to meet her grandson for the first time.  I took her to my office where I worked for about an hour, then invited her to lunch.  It was a nice restaurant on a quiet street in a nice part of town.  Yet, for some reason she looked very uncomfortable.

I finally asked her what the problem was and she told me that there were no children around.

I thought for a minute, trying to figure out what that had to do with anything.  Then I remembered how interesting she found the details of us watching for children in Iraq.  I told her that in Colombia, kids go to school.  I would be more concerned if I did see kids at 1:30 in the afternoon.

Even after multiple attempts of pointing out old women walking alone with nice jewelry, she was still uncomfortable and looking for children.

Just like your two best friends don’t act the same way, the baseline of different locations is different.  You need to be open to changes while identifying the norms of different environments.

Some things are universal.  A group of people screaming and running is out of place anywhere.  But some things will change drastically based on any number of factors.  It’s up to you to find the baseline and monitor it.