If you’re not familiar with Cooper’s Colors, you should take some time to look them over.  Jason Hanson discusses them and references them greatly in his book.  I won’t write an entire explanation, but they are basically a color code system for your state of awareness.  The colors are white, yellow, orange, and red.  Condition red is basically the point where you decide on fight or flight.

Between Iraq and Afghanistan, I’ve had more than my share of condition red.  Plenty of times it’s resulted in fight.  Sometimes it’s resulted in flight.  But the story I’m going to share today is the most pronounced to me because it wasn’t one simple decision.  The circumstances changed and my decision, however involuntary, changed with it. 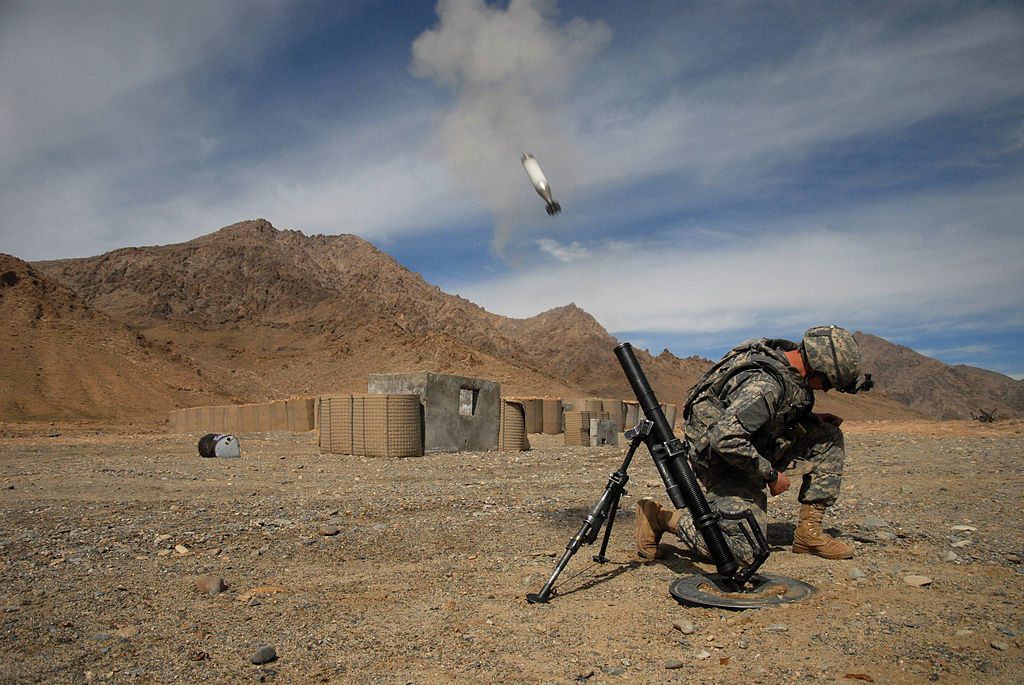 It was about lunchtime and I had only been asleep for a couple of hours when I heard the first explosion.  I had pulled an all night shift at the Joint Operations Center on the Iraqi compound I lived on.  I tried to pass it off as a bad dream, but hadn’t fallen back to sleep when the next round hit.  We were under attack.

I jumped from my cot and grabbed what I considered to be essentials.  My body armor vest had all of my ammo and my radio.  I threw it on with my boots and grabbed my rifle.  By the time I made it into the main hallway, it was empty.  Not even the company headquarters had its usual radio guard.

Immediately, I went outside.  I knew our indirect plan called for everyone to meet in the stronger structure to my left, but I saw a couple of Iraqi’s running to my right out of the corner of my eye.  I went to chase them down and drag them to safety, but when I rounded the corner I saw an entire platoon hiding under what was essentially a southern-style carport.  The thin tin roof was only intended to block the sun.  It wouldn’t do anything to stop a mortar round.

When I reached the platoon, I asked what they were doing.  The interpreter told me that they were under the roof for cover.  I quickly told him that wouldn’t stop a mortar and that they all needed to come with me.  Running as quickly as I could, I guided them a hundred meters or so into the only building on the compound strong enough to withstand mortars. My boss met me at the door. He was trying to get accountability of everyone.

I was in flight mode

During this time I was acutely aware of everything going on.  Every sound, every movement.  Everything caught my attention, including the fact that I was on the verge of messing my trousers.

As the interpreter reached the door, he stopped.  I tried to tell him to keep moving into the building.  After several attempts in Arabic, he finally found enough English to tell me that the guard tower can see the people launching mortars at us.

I followed the interpreter, who also had to take a deep breath before moving to the guard tower.  As we climbed up we were both terrified.  The explosions had picked up as a result of one of our ammo containers taking a direct hit.  We now not only had mortar rounds to worry about, but a fire in the ammo container was cooking off grenades and missiles.

The two Iraqi guards pointed out the spot to me, but it wasn’t until I saw a flash of light that I could identify their position.  As I looked through my scope, I knew that they were too far away.  My best guess was that they were about 1.5 kilometers away, nearly a mile.  My M-4 wasn’t going to cut it.

I felt helpless.  The explosions from the ammo container were now sending shrapnel to, and sometimes through, the guard tower I was in.  Dropping down into the tower looking for safety, I listened as shrapnel hit the side of the tower.  I watched as it sometimes dented, and sometimes passed through the thin metal cage.  I tried calling the Battalion Headquarters. But several attempts resulted in either no reply or a reply to stand by.

Despite making the run to the tower, I was still emotionally in flight mode.

I finally heard a voice on the radio tell me “send your traffic”, an indication that they were finally listening.  I immediately started to call in a fire mission with the direction and estimated distance to the enemy.  Once again, I was told to stand by.

I became frustrated with the person on the other end of the radio.  The sounds around me became muffled.  In my mind, I was one radio call away from ending this ordeal.  It seemed as though the mortars had stopped, but the target was still there.  Calling over and over, I became angrier as the thought of these guys just packing up their mortars and getting away overwhelmed me.

I could still here explosions around me, but I assumed it was small arms from the burning ammo.  It certainly wasn’t the mortars that had hitting us.  I couldn’t see anything except the outline of the truck that marked the men who were shooting at us.  It seemed almost clear without my scope.

I didn’t know it then, but I was now in fight mode.  Whether it was the call from the radio or me calling the fire mission, I don’t know.  But something triggered the reversal of that fight or flight reaction.  I felt empowered.

After waiting for what seemed like forever, I finally saw an explosion only a few feet away from the truck.  Just as that the puff of smoke rose, I got a call from the Fires Officer telling me to send my fire mission.  Whoever had called that first fire mission was so close that I could only tell them “repeat and fire for effect”, indicating that they were so close that I couldn’t give any additional help.

When the investigation ended, I found out that it was a sniper team who had priority over me on that fire mission.  They had been spot on and I don’t think I would have been as accurate.  I also found out that the reason we had waited so long was because enemy mortars had pinned down our mortar crew.

The problem I had with the official story was that they claimed that over 50 rounds had impacted on our camp.  I could only remember about 15.  In fact, there was a small group of us that thought the story was overblown.  Most of the camp remembered around 50. But the group of us that remembered far less couldn’t bring ourselves to believe it.

My doubts began to set in weeks later when I checked the damage myself.  I was able to identify almost 40 mortar impacts, and I am not an expert in crater analysis.  This divide between them and us started to really separate the unit.  Even when we returned to the U.S., those of us that believed the 10-20 story found that we were no longer comfortable going out for a drink with the over 50 crowd.

Until we got answers

We had regular psychiatric presentations after Iraq.  I tried to get out of most of them, but this one I couldn’t.  Turned out, he wasn’t a shrink at all.  He was a data analyst from a company called Killology.  They’ve since been bought out, but they specialized in research on the mental effects of police and military engagements.

I don’t know if I’d heard about Cooper’s Colors before this point or not.  But I certainly had never been exposed to any consideration of the different physiological changes created by the decision of fight or flight.

They explained how you are completely aware of your surroundings when in flight and how you are completely focused on one thing in fight mode.  When the presentation was over, I met with several of the other 10-20 impact believers.  We all shared our story of when we felt like we were in charge, or when we had gotten angry.  Essentially, we could all remember when the fear left.  We had all switched from flight to fight at varying times, under different circumstances, but we had all done it.

We had all been very wrong, but it was our natural defenses that blocked out so much information.