In December of 1992, Army Private James Stolpa left his wife and 5-month old son in a frozen cave in the middle of the Sierra Nevada Mountains.  He didn’t know if he’d ever see them again.  But there was no other option.  They were lost in a blizzard, and no one knew their location.

Their brutal ordeal is a wild tale of survival, and there are a few key lessons we can learn from their experience.

It all started back home in California.  James and Jennifer Stolpa were driving to a family funeral in Pocatello, Idaho.  Severe winter storms had closed Donner Pass, blocking the road they were planning to take.

At the last minute, they changed their itinerary and took a small, country road.  Many miles later, their pickup got stuck in a snow bank.  They spent 5 days hunkered down in the truck eating fruitcake, cookies, and corn chips.

They were waiting for a rescue, but no one knew where they were.

With no other options, they decided to walk for help.  The day they left the truck they waded through waist-deep drifts of snow for hours.  After 12 miles, the road disappeared into wilderness.  They had to turn around.

28 hours later they were still struggling through the snow.  Jennifer couldn’t walk any further.  Luckily, they found a small cave in the side of a cliff, and got out of the wind.

The following day, James left for help.  He walked over 50 miles through freezing temperatures and snow.  Finally, a road supervisor spotted him stumbling along.  Soon after, a rescue crew found Jennifer and their 5-month old son, and brought them to safety.

Here are a few takeaways from their harrowing adventure. 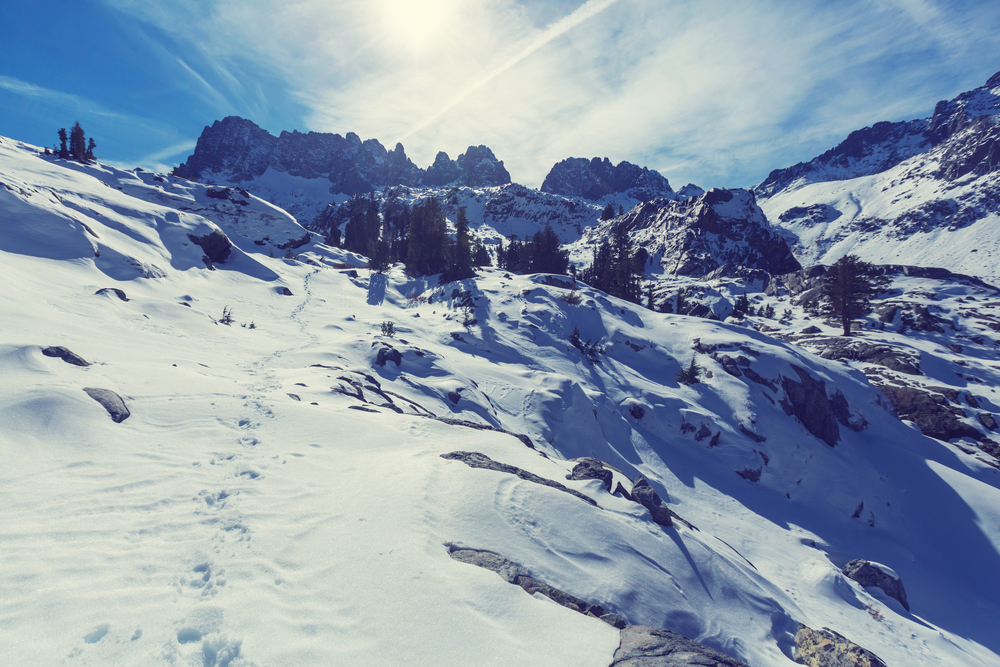 Know The Lay Of The Land (Especially In Extreme Weather)

When James and Jennifer’s planned route was cut off because of extreme snowfall, they could have waited it out or turned around.

Instead, they took off down an unknown road in the middle of nowhere.  Without understanding the lay of the land, they didn’t know what all the locals in that area knew:

That road was unpaved, unmaintained, and closed in winter.

This is all about knowing the baseline.  The baseline is what is normal in a given area.  Any time you are unaware of the baseline, you put yourself at risk.  This is especially true in a crisis situation of extreme weather or a similar threat.  I discuss how to assess and use your knowledge of baselines in my book, and this is a prime example of its importance.

Had they waited the storm out, they could have avoided a survival situation in the first place.

Use The Tools You Have To Stay Warm

Before they left the pickup truck and hiked for safety, the couple grabbed a few key items.  This quick thinking helped them survive the freezing temperatures.

First, they brought their food with them.  It wasn’t much, but fats help keep your body warm through metabolizing.  That fruitcake was more than a meal – it helped keep them from freezing.

Second, they had a sleeping bag.  Once they got out of the wind and into the protection of the cave, the sleeping bag kept them from freezing to death.  Without that warm bag, it is questionable whether they would have survived at all.

Finally, when they found the cave, James was able to spark a small fire.  He did it using bits of sagebrush and paper from their son’s diaper bag.  The flames didn’t last long, but it helped give them some temporary warmth.

In Extreme Endurance Efforts Use Small Rests To Keep Going

When James left the snow cave for help, the family had already been through a 7-day ordeal.  But it wasn’t even close to the end.  James had over 50 miles to hike with little food and no water before he found help.

He was completely exhausted, and ice covered his hands and feet.  Even so, he did one thing along the way that kept him going.

Every hour or so he would take a short 5-minute rest, giving his body and mind some much-needed relief.  By disciplining himself to back off in set intervals, he was able to complete his amazing feat of stamina.

Final Thoughts On The Ordeal

They made a critical mistake by heading down an unknown road in the middle of a blizzard.  But it was their endurance and ability to use the tools at hand and find shelter that saved them.

I hope you never find yourself in a similar situation.  But if you do, the lessons learned from James and Jennifer Stolpa could save your life.