In the spring of 1922, Ada Blackjack Johnson found herself stranded alone on Wrangel Island, 85 miles off the coast of Siberia. She didn’t know how to live off the land, and her supplies were running out. On top of that, the island was packed with one of the most dangerous predators in the world: polar bears.

This is the story of how she got there, what she did to survive, and the survival lessons we can learn from it. 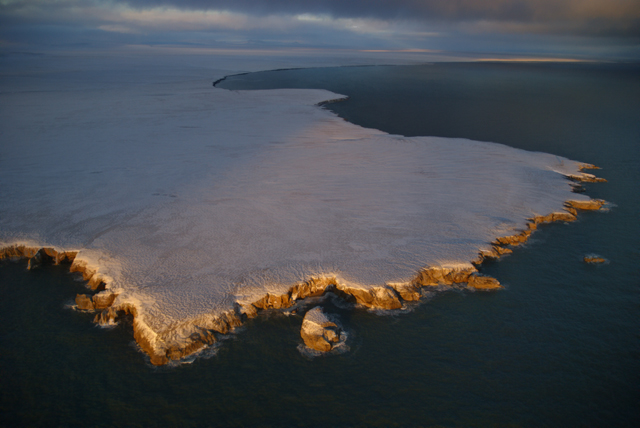 The Best Plans Are Adaptable Plans

The story begins in 1921. An expedition made up of 3 Americans, 1 Canadian, and a few Eskimo families planned to set out from Nome, Alaska to Wrangel Island. Their goal was to claim the island for Canada.

The plan was for the Eskimo families to take care of baseline survival needs. The men would hunt, and the women would make warm boots and clothing. These skills were critical for the group to survive the harsh Siberian conditions.

But when it was time to leave, Ada Blackjack was the only Eskimo who showed up to join the expedition. Despite having less than half of their planned party, they set sail.

This was their first mistake. They could have delayed their departure a few days to find the extra hands they needed. Instead, they set out on their own as an expedition of just 5 people.

Adaptability is a critical survival skill in any situation. But it doesn’t mean continuing ahead as though nothing is wrong. Without the experienced Eskimos to provide food and warm clothing, the expedition put themselves at extreme risk.

Don’t Depend On Outside Sources

They landed on Wrangel Island on September 16th, 1921. At first, things went well. They made it through the winter on the 6-months of supplies they brought to the island. That spring, the men killed more than 30 seals and 10 polar bears, and plenty of geese and ducks.

Meat seemed plentiful. But they didn’t stock up for the fall and winter, because they were expecting a supply boat to arrive in the summer.

That supply boat never made it. Treacherous ice fields and dense fogs surround Wrangel Island. The supply boat couldn’t navigate through the ice, and turned back.

This was their second mistake. Instead of building up their food stores through the spring, they expected the supply boat to take care of their needs.  Even in the hottest months, the average daily temperature is about equal to that of a refrigerator on the island.

There is no guarantee that this would have saved them.  There were plenty of other challenges ahead. But it would have drastically increased their chances of survival.

The same lesson applies to all survival situations. Depending on an outside source to take care of you is a recipe for disaster. By planning ahead and practicing self-reliance, you will be better equipped to handle any crisis.

By late fall of 1921, the expedition was almost out of meat. The following January, two Americans and the Canadian set out for a rescue mission to Siberia. They left Ada Blackjack with the last American, who was sick and bedridden. The trio were never seen again, and the sick American died shortly afterwards. Ada was alone.

Ada didn’t know how to fend for herself, but she figured it out. Her chances would have been much improved if the sick American, Lorne Knight, hadn’t died of scurvy. While the expedition packed food sufficient to last months, it wasn’t planned well enough to keep Knight from becoming sick.

Dried herbs are a lightweight way to pack loads of vitamins into a small space.  Thyme, Basil, Parsley, and Chives all provide high amounts of vitamin C, the cure for scurvy.  You can pack these in your bug-out bags, prepackaged as soup mixes or meat rubs if you’d like.

One day on her way back from hunting, she ran across a mother polar bear and cub. Luckily, she was 400 yards away from shelter and immediately sprinted to safety, escaping the bear.

What kept her alive for a year and a half on her own?

It wasn’t just running from bears.  Ada Blackjack took action, and all sorts of it.  Instead of waiting for a rescue or supply boat, she went out and learned how to hunt and trap.  She learned all the skills she needed to survive and lived by them.

By taking action, she survived one extreme situation after another.

This is one of the most important survival lessons we can learn. Movement saves lives. It applies to every crisis situation, from a terrorist attack to a knife fight.

The Final Analysis of the Wrangel Island Expedition

In the end, this story is about one woman’s incredible ability to move and survive.

As a group, the expedition made some small but critical mistakes early on that cost them their lives. They faced harsh conditions with bravery, but it wasn’t enough.

Ada Blackjack was finally rescued on August 19th, 1923.  She was a heroic survivor.  The lessons we can learn from her harrowing experience are invaluable.