Home Blog Are We Headed for Martial Law?

With all of the craziness in the world today, especially surrounding the election, I’ve had a few people ask me what I recommend doing if our government enacts martial law. 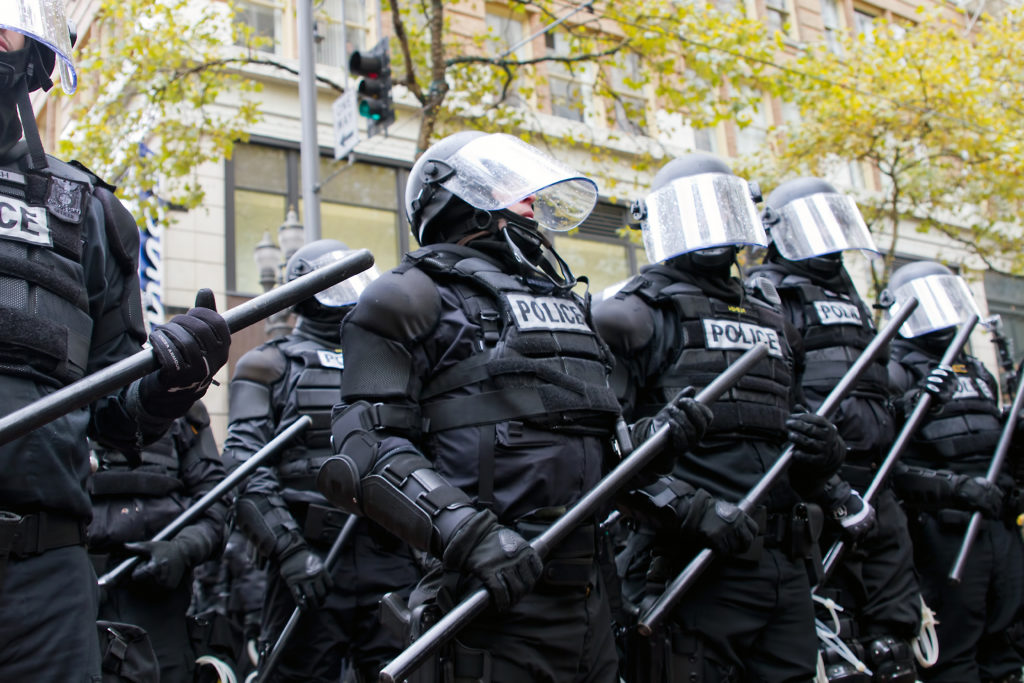 Now, personally, I don’t believe that’s likely to happen anytime soon, and if it did, our government probably wouldn’t call it martial law.

Martial law is when the military unilaterally assumes the ability to enforce rule of law over the people. In other countries, we’ve seen martial law enacted after a coup d’état, to suppress political opposition or to stabilize insurrections.

In America, we often hear about state or local governments declaring a state of emergency, typically in response to extreme weather or civil unrest. Technically, this is not martial law, but it is a way for our government to assert more control over a particular situation.

Chaos at the Finish Line

In 2013, two homemade bombs were detonated at the finish line of the Boston Marathon, killing three people and injuring over 250 others. Three days after the attacks, authorities released images of the two suspects, Chechen-American brothers Dzhokhar and Tamerlan Tsarnaev, to the media.

That same day, police officers in Watertown, just outside Boston, engaged the suspects in a gun battle as they attempted to flee in a stolen vehicle. The elder brother, Tamerlan, was killed, while the younger one escaped.

Within a few hours of the gunfight, Massachusetts Gov. Deval Patrick shut down Boston’s public transit system and suspended train service to and from Boston.

Over a million residents were asked to shelter in place.

The directive was not mandatory, but schools, universities and many businesses remained closed while the manhunt was underway. The streets were eerily empty as 19,000 National Guard members and thousands more law enforcement officers went door to door in search of Dzhokhar.

The shelter in place order was lifted in less than a day, but just last week, Trump threatened to impose martial law in Chicago.

And if he does, who knows how long it will last? This brings up the question, what do you need to do to survive an extended state of martial law?

From Martial Law to Murphy’s Law

First of all, I’d like to point out that the possibility of martial law is yet another reason you should have plenty of food and water stored at home.

If your city is experiencing any sort of unrest, the last thing you should do is hop in the car and go to the supermarket. Stores will be one of the most dangerous places, because once people get desperate, they’ll start taking whatever they can get their hands on.

Widespread looting can occur in the aftermath of a natural disaster, a contentious court case or even a sports game. Unfortunately, there will always be people who will take advantage of a bad situation and make it worse.

Which is exactly why you should build up your food and water storage now. That way, you won’t have to leave the safety of your home and make your way through the treacherous streets to get supplies if things start to get out of control.

In my opinion, radios are the best way to get the most current information on what is going on in your city. Listen for updates on crowd movements and police activity to find out if danger is headed your way. You may have to decide whether or not to flee based on what you hear.

I don’t recommend relying on your cell phone in an emergency. However, the 5-0 Radio Police Scanner or similar app can help you anticipate problems when a radio is not available.

If you do end up having to leave your home, you’ll want your bug-out bag(s) packed and ready to go and at least a half a tank of gas in your car, along with a paper map so you can identify alternate routes to avoid dangerous areas.

Back to the subject of radios: You should also have a way to communicate with your loved ones other than cell phones. Cell towers can easily be overwhelmed in a crisis, or the government might shut them down in an attempt to regain order.

I recommend investing in a few Baofeng radios. Just be sure everyone knows which channel to use to keep in touch.

Finally, you’ve got to have a way to defend yourself. If a bunch of looters try to kick in your front door, you certainly want to be able to protect your family. In this type of extreme situation, my weapon of choice is an AR-15.

Now, I understand that not everyone feels comfortable around firearms, especially a bigger gun like a rifle. But in a serious situation, you’ve got to have a serious weapon to defend yourself. And if we as a country ever find ourselves bound by martial law, things could get really serious, really quickly.

This post originally used the term “assault rifle” referring to an AR-15.  As several people pointed out in the comments below, this is inaccurate.  In an effort to provide quality content on a regular basis, mistakes occasionally slip through.