It was a hot summer day in the Waygul Valley, deep in the Hindu Kush Mountains, Afghanistan.  Our platoon had just arrived in Bella and set up a hasty camp when my Platoon Leader (PL) said he wanted to go to Aranas.  Aranas had been our long term goal, but we had made it to Bella earlier than expected and he wanted to maintain any element of surprise we might control.  My squad was selected to join him. 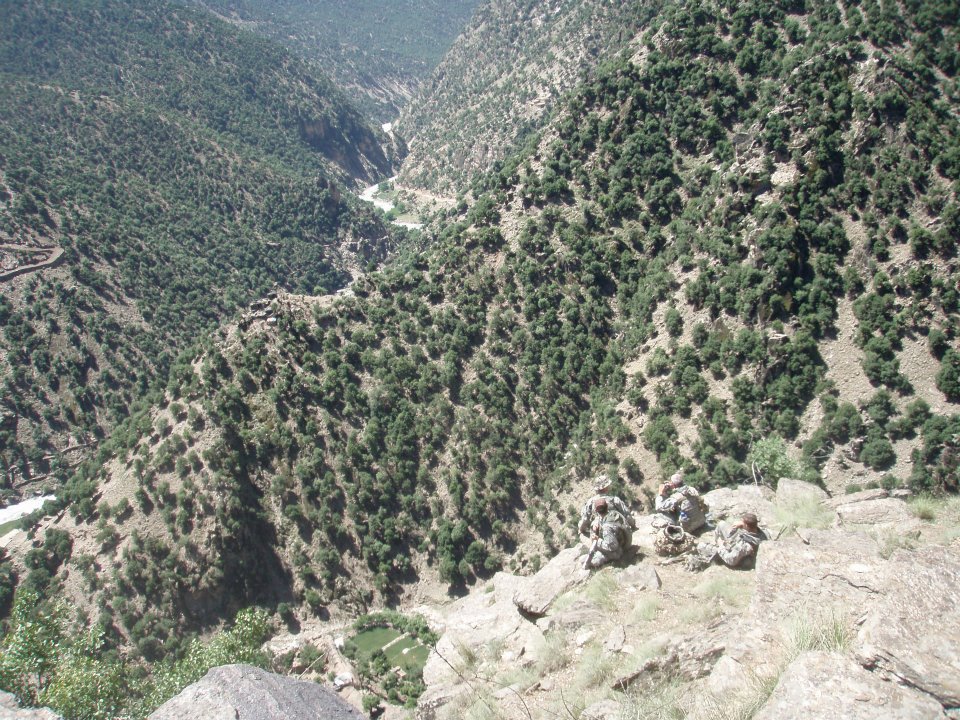 Frontline Fridays is a weekly series of real combat experiences and the lessons we can all learn from them.

On the move in the Hindu Kush

I was the 3rd squad leader in 2nd Platoon, Bravo Company (call sign Battle), 1-32 Infantry (call sign Chosin).  We were tasked with a reconnaissance patrol to gather intel on the village of Aranas.  Aranas was believed to be a hotbed of anti-American forces.  We started off before lunch and made our way along one of the trails to the east of the main river valley.

We came across a small gathering of houses too small to be a village, only about 10 houses.  It was mostly abandoned, but there were a couple families living there.  Along with us was a squad of Afghan National Army personnel.  It was lunch time and they negotiated for the man to feed us all for around $15.00.  We took him up on the offer.  It had to be better than another MRE and it was always good to build economic ties with the locals.  After lunch, we continued our movement towards Aranas.

As Aranas came into site, we were amazed by it’s size.

This valley was known for lots of small villages of 50-100 houses, but Aranas must have had over a thousand homes stacked one on top of the other.  It laid deep inside of a draw nearly big enough to be its own valley.  Aranas sat on the north side of its river, while we approached from the southern ridge.  When the whole village was finally in view, we stopped to get a grasp of what we were moving into.

A perimeter was set up and we pulled out every optic we had.  From the 4x scopes on our rifles to binoculars and spotting scopes.  We wanted to know everything we could about this village before moving another inch closer.  After coming to the conclusion that there was nothing to see aside from the size of the village, we decided to move on.

As we came closer, I received a call on the radio.

Bella Outpost: “Battle 2-3, Chosin 2 just contacted us and he needs you to setup TACSAT communications ASAP, over.”

Chosin 2 is the call sign of the Battalion Intelligence Officer.

I halted the patrol once again and I set up the TACSAT (Tactical Satellite) antenna.  I reached out to the Intelligence Officer “Chosin 2, this is Battle 2-3, over.”

“Battle 2-3, this is Chosin 2, be advised that you are approaching Aranas, over.”

I really wondered whether he hadn’t been paying attention when we reported our patrol heading to Aranas, or if he thought we were just wondering around the Hindu Kush blindfolded. I responded with “Chosin 2, Battle 2-3, Roger.  Over.”

A moment later he came back, “Battle 2-3, be advised that we have intelligence indicating that the locals have set up scarecrows in order to intimidate US forces. Over.”

“Battle 2-3, this is a very reliable source, there ARE scarecrows being used to intimidate US forces in Aranas.”

I was sure I was losing my mind.

We had a perfect view of the entire village of Aranas laid out in front of us.  I could see people walking around.  With binoculars, I could see exactly what they were doing.  I walked to the nearest position and asked them to scan as well.  Then another position.  Nobody saw a single scarecrow.

Oh how I wanted to find just one scarecrow.  I wanted so badly to say “Yes, we see the scarecrows, but don’t worry they’re aren’t too scary and we think we can take them.”  But there were no scarecrows.

“Chosin 2, negative sir.  We have eyes on.  There are no scarecrows.  Bad Intel.”

“Battle 2-3, this is Chosin 2.  This is a very reliable source.  There ARE scarecrows.”

At this point I turned the radio back to our VHF channel and contacted the Bella Outpost to inform them that my TACSAT had “lost connection.” 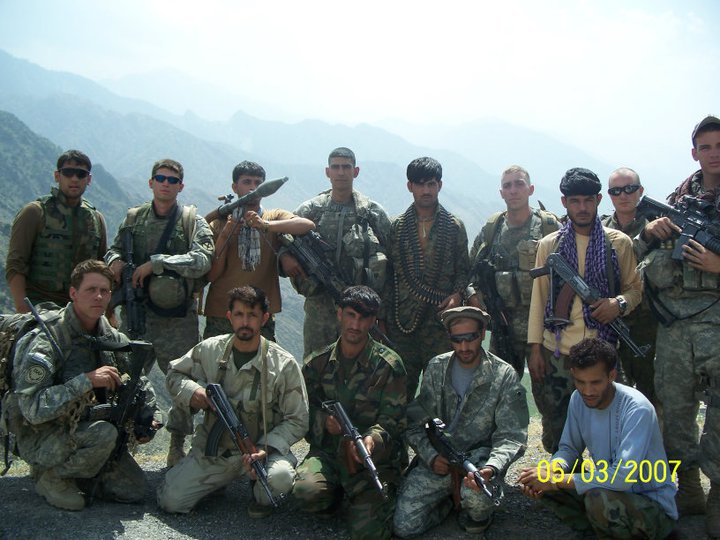 The next day we made it back to Bella Outpost.  We shared our reports with the rest of the platoon and began clearing a landing zone for helicopters to resupply us in Bella.  Two days later, the PL decided he wanted to return to Aranas.  We had met with the Shura, council of village elders, on our trip.  They had invited us to join their next Shura a few days later.

The PL decided he wanted to get there early and secure the area.  He chose another squad to move with him this time.

A few days later, just hours before the Shura was scheduled to start, our Battalion Commander arrived in a helicopter.  As the only squad leader who had been to Aranas, I was tasked with guiding him and his entourage to the Shura in Aranas.  I gave the Operations Order and announced that we would leave in 15 minutes.

The Battalion Commander approached me and praised me for a fantastic Operations Order, right before saying “… but we’re going to have a little talk about your unprofessionalism with Chosin 2 the other day.”

I said “Yes, sir” and went about my business.

As we approached the area where I had been stopped to set up the TACSAT antenna and contact Chosin 2, I told the point team leader not to wait for me and I fell back to the Commander’s position.

“Sir, this is where I was when Chosin 2 decided to inform me that there were scarecrows in Aranas and that my opinion wasn’t as good as his local source.  Would you like to check for scarecrows, sir?”

He looked at me with a bit of irritation, but he placed the butt of his rifle into the pocket of his shoulder and raised his weapon, looking through his ACOG (Advanced Combat Optical Gunsight).

His face was becoming a little red when he turned back towards me.  I really wanted ask if the big bad scarecrows looked like they could intimidate a squad of Infantrymen, but he didn’t look like he was in much of a mood to make jokes.

Moral of the story

If you think that the moral of the story is that Infantrymen are scared of scarecrows and that you should put a bunch of scarecrows out when the government institutes martial law, you’ve just been demoted to team jester on my Fantasy Survival Team.

The real moral of the story is about the importance of reliable information.  Governments across the world make life or death decisions based on the intelligence they receive.  Spies are a critical part of confirming valuable information that militaries and politicians base their decisions on.  In the real world, there can often be a lot of false information provided.  Some are far too quick to react to false information.

It is critical that you confirm your information.  Whether that be information found on the Internet or something in your real life, ensuring that the information you base your decisions on is accurate in of paramount importance.

For the Military Buffs

If some of the names of these places ring a bell to you, it is probably due to devastation dealt to our replacements.  This is an unclassified After Actions Report and recreation of the Attacks suffered by the 173rd in these locations.