When it comes to how spies communicated, the first thing that comes to mind might be high-tech gadgets capable of sending a secure message in just a few seconds. However, back in the old days, it wasn’t that simple for spies. Espionage existed way before the First World War. A couple of the earliest mentions of spy or spying can be found in the Old Testament and in Sun-Tzu’s Art of War. These old ways, tools, and tactics of communication aren’t usually seen in the movies or in your everyday spy equipment store. So, if you do love any of these, then you might have to make your own.

You might think that codes and ciphers are interchangeable, but that’s simply incorrect – nevertheless, they are quite alike. Codes are when words or phrases in a message can be replaced by a totally different word, phrase, or symbol – generally, this process shortens the message. On the other hand, ciphers are when each letter in the message can be replaced by another letter or symbol. There are multiple ways to unlock them, as there are different types of codes and ciphers. Just take note, both of them have one goal and that is to conceal the real message.

Spies have been using codes and ciphers ever since – even today. The average business email that simply states how the business is performing could be a message of the exact rendezvous points for the exchange of important packages. Who can tell without decoding it, right?

In 1780, Benedict Arnold and John André exchanged letters using ciphered messages that can only be unlocked using either one of these books, Commentaries on the Laws of England or Nathan Bailey’s Dictionary – standard published books.  They made their letters seem like normal business transactions making it fairly easy to avoid suspicion whenever intercepted.

The real message of these letters can be unlocked by paying close attention to the numbers. They are the location of the keyword or cipher key that can be found in one of the books mentioned above. The numbers represent the exact page, the line, and the position where the word is located in that line by counting from left to right. A given example would be 158.3.1. This translates to page 158, line 3, first word. When the keyword is found, the reader can then decipher the message and see the true contents of the letter.

If you’ve watched one of Tom Hanks’ recent spy movies, Bridge of Spies, you’d be already familiar with this sneaky coin. These coins are pioneered by Soviet spies in the 1930s. They’re very handy and can hide a lot of things in plain sight such as microdots, ciphers, soft films, and other tiny items.

Today, some of these coins might still be around but now used to hide micro SD cards. They can slip through restricted areas that require you to leave any digital device that can save information. That’s because security won’t be asking you to leave your coins, right?

Around the 1950s or during the cold war, Soviet spies doing their jobs in New York City used these coins to trade information. They did this every now and then without getting caught. Of course, who would suspect anyone of being a spy who just gives away a few cents? However, the downside of this particular manner of trading information is that hollow coins feel and look perfectly the same as a normal coin. This makes it very easy to misplace or worse, to use as real money in purchasing anything.

The coins are reusable until they deform or could no longer be opened. Technically, the coin has two parts – the sides. Each part can be discreetly screwed and unscrewed together by applying force and rotating it. To this day, some of these coins could probably still be in circulation, so better try twisting a few of the coins you’ve got. 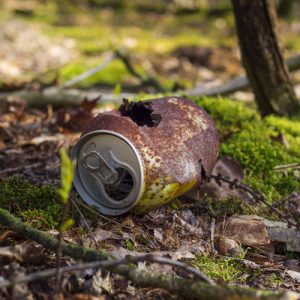 Well, you can actually take “dead drops” literally. You know why? Some spies actually use dead animals. They stuff their message in animal corpses and leave it at the drop site or exchange point. This is a powerful and safe method as no one in their right minds would actually go ahead and pick a dead rat in the park – even in ancient times.

If you are not really familiar with dead drops, it’s not actually limited to dead animals. It can be anything that would blend well with the environment. A few examples that are used to this day are soda cans, paper bags, hats, and anything that’s easily disposable.

The dead drop is just a term for the method of exchanging messages without physically seeing each other. They do this by just leaving an item at a location that both parties agree on. Basically, after the first spy leaves the package, he then flees the area. Afterward, the other spy will pick it up – easy.

Though this method is safe – particularly when using stuffed dead animals – it still has a downside. That downside is when there are scavengers within the exchange point. There are a lot of instances where the dead animal is taken away by cats causing the exchange to fail.

Last but not least is the simplest and most classic way of sending or exchanging messages. Not only was this method used in ancient times, it is still used today by spies and the common folk. It is as simple as passing by each other for a very brief period of time. Then, exchanging or passing a package or letter to one another to make it successful.

This does require the sleight of hand to make sure that the pass is subtle… as if both sender and receiver are complete strangers. This is one of the most commonly seen scenes on any spy movie. The only thing that you require is to know the location of the rendezvous point. Once you come in close together, a brush pass is all you need.

These are just a handful of ways spies communicated in the past.  What other techniques have you come across?

Unique opportunity for 7 Patriots to get an AR-15 rifle (not available in any store on the planet) designed and hand-built by former intelligence officers… Click here to learn more and see the rifle in action.