Home Blog This Is Who I Voted For

This Week: How I voted… God bless America… Gear you can take into a courthouse… Gifts for your family… A ranking of 3 pocket guns… Who will be teaching the Las Vegas course… And, the sling I use for my AR-15.

A week ago, when I went to vote, I did something I’d never done before. 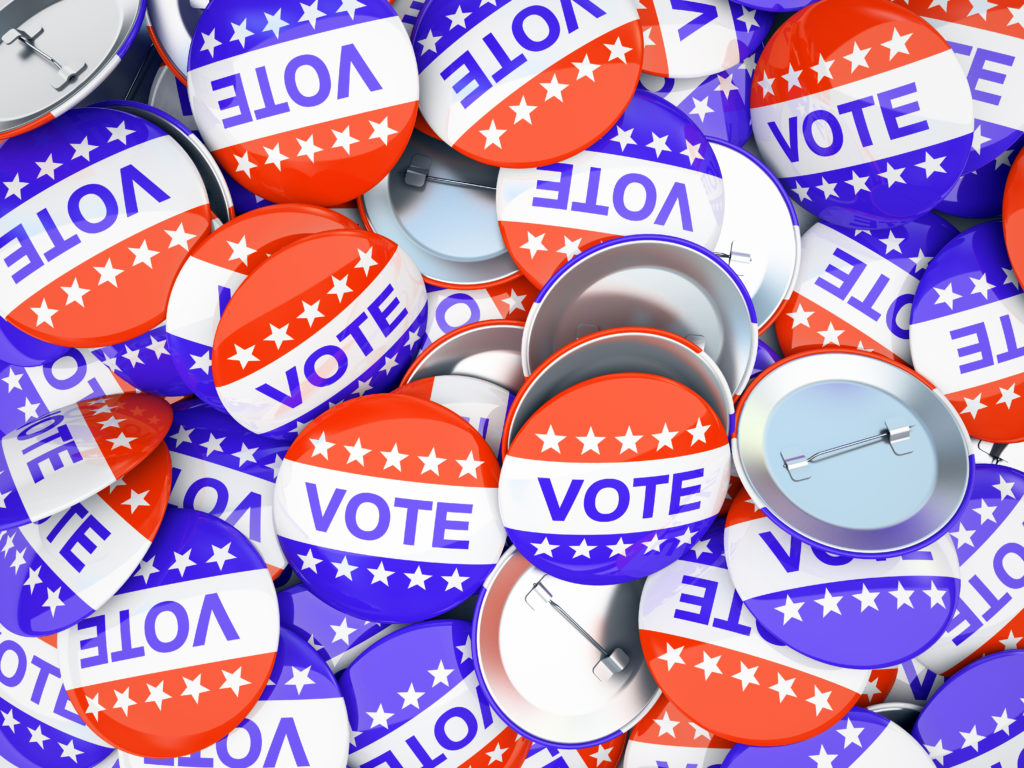 I certainly didn’t vote for Hillary Clinton because I’m a conservative Republican and she doesn’t share the values that I treasure, especially integrity.

But, I also didn’t vote for Donald Trump.

Yes, Trump ran as a Republican…

But, as a conservative Christian man, Trump also doesn’t share my values and he’s not a true conservative in my eyes.

I know the majority of my friends voted for Trump and like most of the country they said he’s the lesser of two evils.

But, when I cast my vote I always want to cast it with a clear conscience, which is why I voted for a fellow named Evan McMullin.

Obviously, he didn’t win and I’d much rather have Trump as President than Clinton. 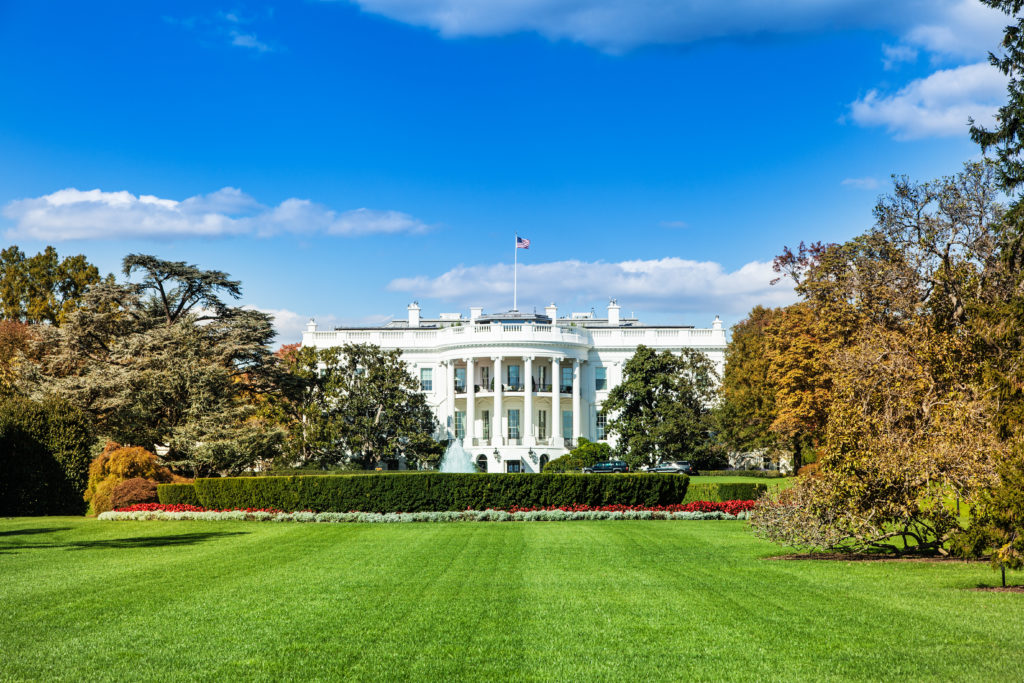 In the long run, it doesn’t really matter.

You and I can cast our votes and sometimes the person we vote for wins and other times we get Obama for 8 years.

But since the President is simply a figurehead…

The United States – an incredibly resilient country – keeps chugging along no matter who wins and no matter what damage the current President causes.

My point is, instead of people protesting in the streets, rioting, and causing violence, there are three things they should be focusing on instead, in this order.

God comes first, because obviously, you and I wouldn’t be here without him and he’s the reason we’re on this earth.

Family comes second because the family unit is the most important part of society. If you don’t take care of your families then you won’t even have a country. 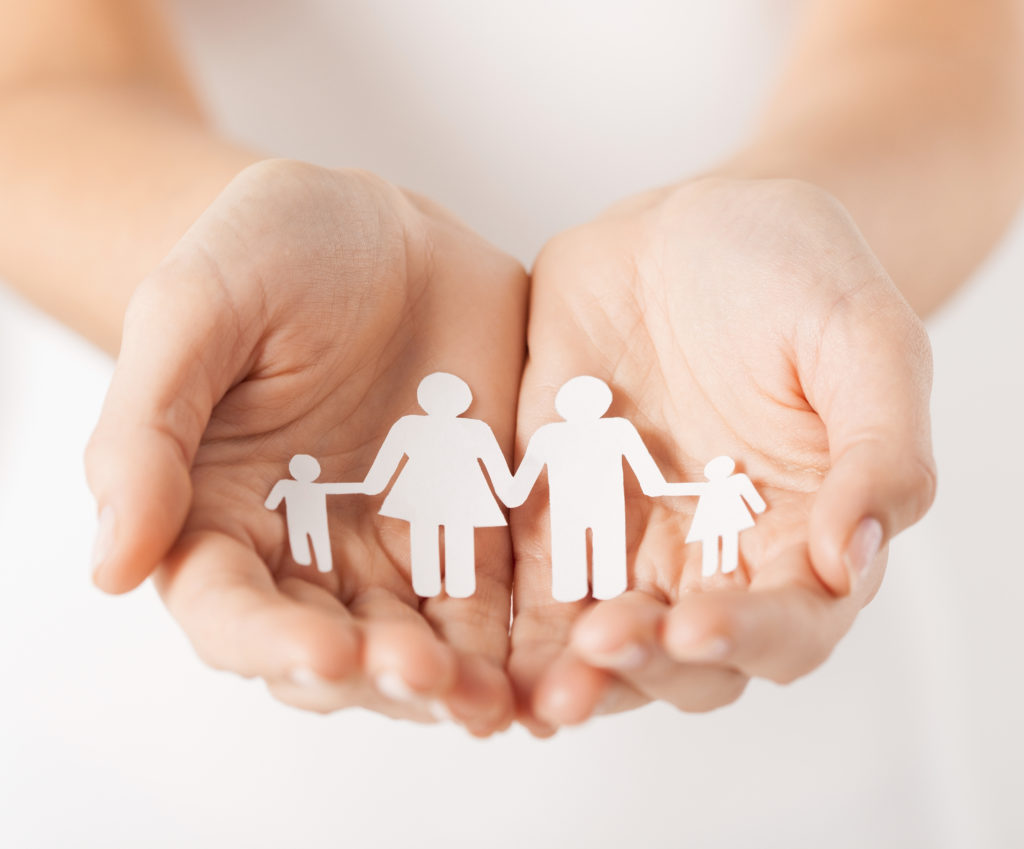 After all, if you look at crimes and incarceration rates, most of these are due to broken families and single mother households.

I realize this isn’t my usual type of article and there’s no doubt in my mind I’ll get a bunch of angry emails from people because I didn’t vote for Trump.

But God bless America that we have the freedom to vote for whomever we want.

God bless our new President, who will hopefully do an excellent job of leading this country.

And remember to take care of your family and do whatever you need to in order to become as self-reliant as possible… because if our President does royally screw things up you’ll have no problem pushing through it. 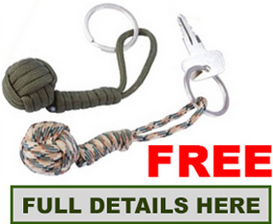 As you can see in the mailbag below, you can even take it in a courthouse.

(Click on the picture to watch a video of the keychain.)

From: Judy K: I just had 6 days of jury duty. I had cleared any metal objects out of my purse to avoid issues being scanned at the courthouse entrance… The multi-tool and my knitting needles had to go back to my car but as they are examining everything else in my bag, another deputy pulls out my tactical pen and said “looks like a tactical pen”, sent it through the scanner and nothing else was mentioned… So tactical pens, and survival keychains will pass through law enforcement security checks! Just don’t have a multi-tool or knitting needles.

A: I’m glad you were able to have your tactical pen and survival keychain for safety. Crazy things can happen in a courthouse!

From: Ken G: I would like to sign up for the Underground AR-15 Build Workshop but I don’t see where I can select one of the two dates available, can you help me?

A: After you sign up using the blue link below, just email us at info@spyescape.com with the date you’d like to attend and we’ll make sure you get a seat in it.

Click here to learn more about the AR-15 Build Workshop.

From: George B: I’ve given several things out as gifts and have given some of your self-defense training to certain friends and family. It is invaluable information. Even though I have a lot of self-defense and fire-arms training material from other sources, none is as easy to understand and learn as your materials. Thank you so much for making the time and selling your materials at such an affordable price to help keep us all safe.

A: Thank you for sharing the self-defense tools and information with your friends and family to keep them safe. My goal with our training is always to keep it simple to understand because in the heat of the moment you don’t want to have to remember complicated training.

A: Yes, I will be teaching both days at the Spy Course in Las Vegas on March 31st – April 1st. Click here for more information about the Las Vegas course.

From Tom W: Which would you consider for the gun and price from first to third? I was pretty set on the new LCP but the Sigs feel good and I know you have the P238 and LCP you carry. The LCP 2 also felt fine, don’t get me wrong and I heard its really been improved from the LCP and LCP custom.

From Frank S: Great webinar the other day. What sling do you recommend for the AR-15?

A: I personally use the Wilderness Giles Tactical Sling. But I would try a few on and find the best comfort and fit for you.