Home Uncategorized Keeping Your Camp Secure in the Wild

This Week: How to stay safe while camping… Feedback on Orlando… How I travel with my gear in the E&E Gun Belt… And, the Tactical Pen does write like a regular pen.

Whether you just don’t like being around people while in the wild, or you have other reasons to avoid them, there are ways to keep your privacy while you are on the trail. Security in the wild is more about avoidance rather than active protection. 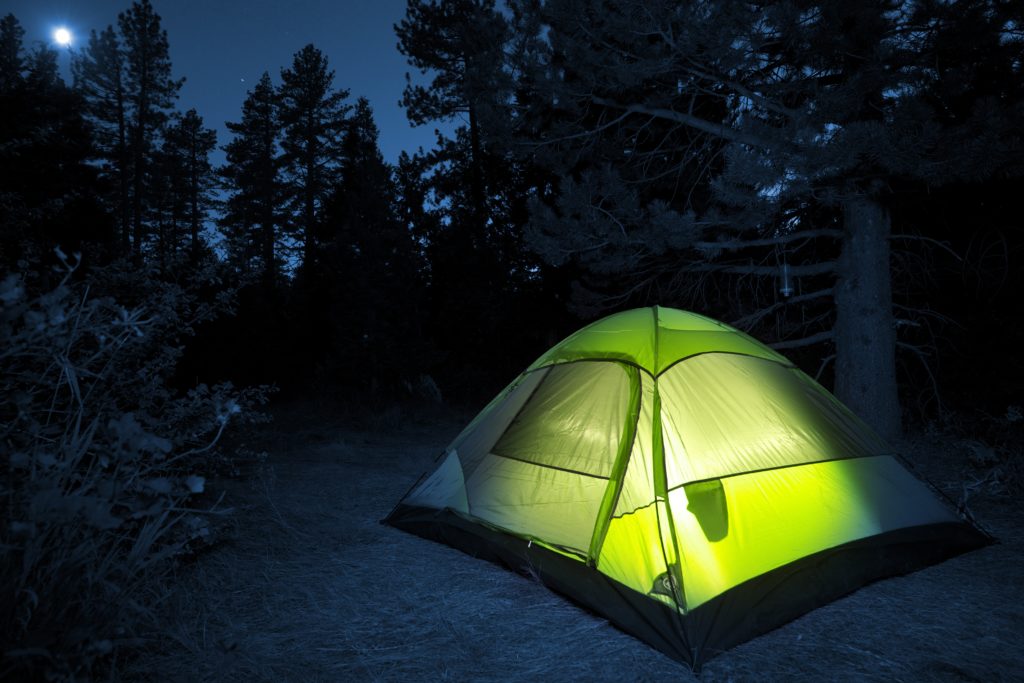 Obviously if you are trying to stay hidden from others, you won’t be pitching your tent on a prominent point that can be seen for miles. It is much better to pick a spot in a thicket or even clear a spot in tall grass to set up your camp.

You will want to avoid bodies of water as much as possible. People (even if they aren’t looking for you) tend to follow trials or waterways. Stay away from both if you can. Another disadvantage of camping next to a babbling brook is all the babbling going on. You won’t be able to hear someone approaching your camp due to the sound of the running water.

Backpacking equipment while pretty decent for use in the wild really stinks in blending into nature. Bright colored clothing, packs, and tents are fine if you want a better chance of being found if you get lost. But if you are trying to drop out you will need to pick your equipment from a different source.

Hunting catalogs provide equipment similar to backpacking equipment but usually in more subdued colors, along with being more durable for the most part. Military surplus is the choice of many who want the best in cost, durability and usefulness.

Don’t sleep where you camp 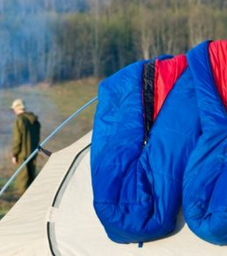 This will keep most signs of your presence at your main camp while you are awake, and if you have a hidden sleeping spot you can sleep soundly knowing no one is stalking you.

Smoke can be seen and smelled a long distance away, and light from a fire can be seen for miles. If you want to avoid others you need to overcome these two obstacles.

Smoke can be cut down considerably by burning only dry wood. The light of a fire can be contained if you have a shelter large enough to fully surround the fire. The other solution is to build a below ground fire in a Dakota fire hole or something similar. 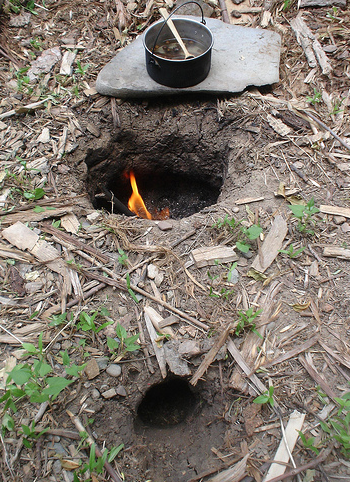 This is a hole dug in the ground about the size of your head. You then dig a smaller sideways hole that connects the big hole to the surface. This allows air to feed the fire and keeps the flames below ground level. The airflow also helps the fire to burn hotter and it will give off less smoke as a result.

Staying secure in the wild is usually a matter of just avoiding trouble by avoiding as much human contact as possible.

[This is a guest blog post from Dennis Diaz at Survival Ready Blog.]

From Bill S: Thank you for this timely and intelligent article. There was one shooter and 300 people in that room. A third of them were shot. Only one tried to stop him. Had just 10 rushed him, the results would have been very different. Keep up the good work. May God bless you for your service to the public, at least those who will listen.

A: You are right. The problem is those people didn’t know any better and weren’t properly trained. This is why we need to start training in schools just like we practice fire drills.

From Stephen J: Hi, when are you going to have the next seminar of how to build an AR15? Thanks in advance.

A: We have two more Underground AR-15 Build workshops this year. One is July 15-16 and the other is October 7-8. Click here for full details and to register for the workshop.

From Robert S: I am a professional speaker and one of my topics is personal safety in the event of an active shooter or terrorist attack. I carry my tactical pen with me everywhere I go. When traveling on airlines, I also put it in my carryon briefcase and put a couple of other regular pens on either side. I have never been questioned about the pen. However, I have had my credit card knife taken away when I forgot it was in my wallet.

A: The scary thing is, even though the credit card knife is a real knife and should not be taken on planes, I know people that have flown with them for years before getting them taken away.

From Justin M: That’s exactly what I thought when I heard about the tragedy in Orlando. How can hundreds of people not subdue one man with a gun? It is a dangerous and scary thing to have to charge a deranged maniac with deadly intent but it is necessary to save lives. News travels fast, other copycats won’t want to shoot up a place if the last guy got mauled and brutally beat to death by the angry mob he was trying to massacre.

A: As you mentioned, it’s scary and dangerous to rush a shooter and it’s against our natural instinct. So, if people aren’t trained they will never do it, which is proper training is critical.

From Eric L: How do you go through airport security with your E&E gun belt and the handcuff key and lock picks? I would like to buy it and I fly a lot. I am in the airport every week. By the way, I LOVE the pen!

A: When I go to the airport, all of the items are already in the hidden compartments of the belt (the lock picks, handcuff key, etc.) When I go through airport security I simply take off the belt and put it in the plastic bin to go through screening. I’ve never been stopped or questioned about the belt full of gear. (Click here for more details on the Escape & Evasion Gun Belt.)

From Judy L: Supposed to be able to use it as a real pen but don’t know how to do that. Please explain.

A: You simply pull off the cap of the Tactical Pen and it is a real pen you can write with. In other words, don’t try and unscrew the cap like some pens, just pull it straight off.