This Week: A Tactical Pen Australia… Rugby hooligans… Almost getting smashed over the head with a beer bottle… Another place to get a protection dog… What protection items to bring to the Republican National Convention.

Everyone knows the Tactical Pen is my favorite self-defense tool and I never leave home without it. In addition, my friends, family members, and thousands of my customers also carry the Tactical Pen. 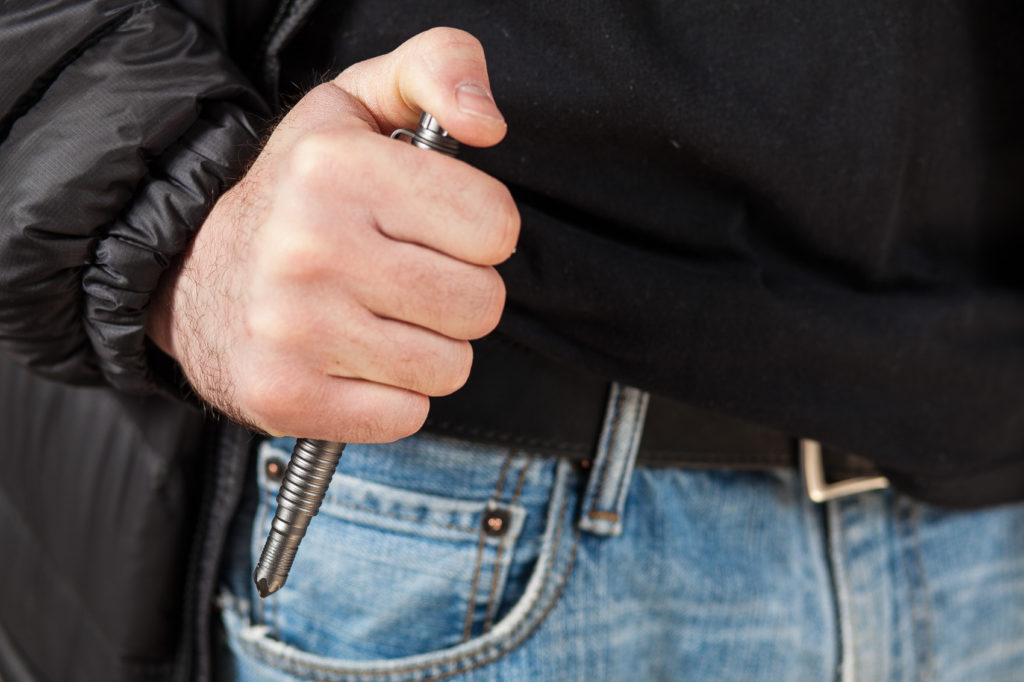 Over the years, I’ve been sent several incredible stories from customers who have used the Tactical Pen to avoid getting kidnapped, mugged, or attacked. Today, I’d like to share a story I got last week that might be one of the most unique and interesting of all.

This story is from Bill D. and I’ll let him take it from here….

In April 2016 my wife and I took a trip to Australia. I passed through airports in San Antonio, LAX, Tokyo, and Sydney with no problems at all. We attended a Rugby match in Sydney and were invited to an after-party by some Australian friends where things got a little heated because of the final score. 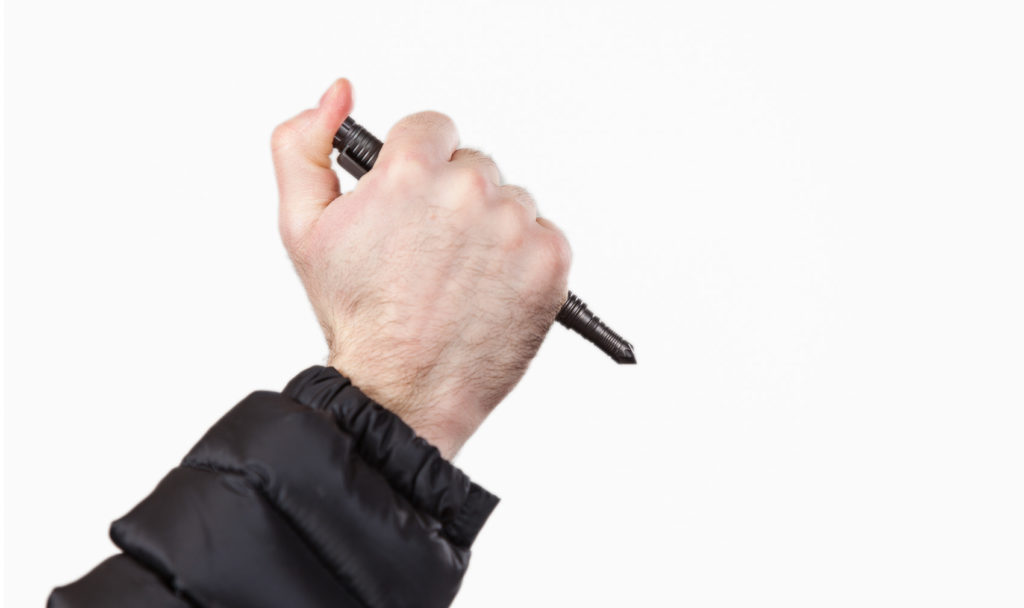 A fight ensued and as I was trying to get my wife out of the way and out of the bar, someone came swinging at me out of nowhere with about a 24 oz Guinness bottle in his hand. I already had my tactical pen out and as he swung I blocked it with the blunt end of the pen.

The bottle exploded in a very loud way, which sounded like a shotgun going off. The explosion stopped the brawl instantly. All I heard was “the bloke made the bottle explode with his fingers.”

The guy who was holding the bottle and took the swing was about 6’3″ and 250 and suddenly became very sober. I’m 5’5″ and 180. He dropped what was left of the neck of the bottle, which was about 1 inch and started yelling, “this yank has steel fingers.”

They didn’t see the pen because I had already slipped it into my other hand. They checked my right hand and saw I didn’t have a mark on it. The big guy apologized and tried to hug me. 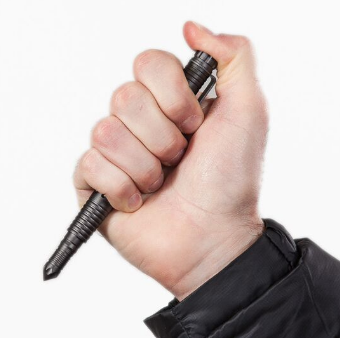 The owner of the pub treated us to steak dinners and we got handshakes, hugs, and looks of amazement all night. I was wearing my US Navy (Retired) shirt so the mystic only got more serious as the night went on.

Needless to say, no one got hurt, we have lifelong friends, my wife let an Australian redhead give me a big sloppy kiss, and we’re invited back to attend the next match with the Blacks from New Zealand. They said they might need some help.

I have carried the tactical pen across the USA, Europe, the South Pacific and certain parts of Alabama with complete confidence. We will be visiting Central America in the next few months and I’m not going anywhere without it. BTW, it’s great for taking notes.”

All I can say is wow, what an awesome story and I’m glad Bill and his wife were okay. May we all have “steel fingers” and remember to always carry a Tactical Pen with us.

(Click here, if you’re one of the few people who don’t own a Tactical Pen yet. They’re not expensive and your safety is well worth it.)

From Aaron H: My wife and I loved your book! We haven’t quite finished it, but it has already given us much to think about in keeping our family safer. I just added a review to Amazon for five stars. I honestly liked the book and couldn’t see how people didn’t like it.

A: Thank you so much for giving it a review on Amazon, I really appreciate that. As you noted, there are lots of “trolls” in the world who give people bad reviews because of envy or some other reason… you can’t please everyone.

From James B: We adopted a six-year-old canine shepherd that is an Afghan bomb sniffing vet… he has become a great dog and part of the family. Although he isn’t trained to attack, he is protective of his territory and family to strangers.

A: Now that is a great idea of a way to get a dog for your family.

From Craig C: Jason, I couldn’t agree more with your comments on the value of a well-trained dog. We chose to go with a well-trained Protection Dog (attack dog) and it was money well spent. Anyone interested in professionally trained protection dogs should look at High Class K9 in Florida, I can attest to the quality of Ivan’s dogs and his prices are affordable for the non-celebrity or multi-millionaire. He trains Belgian Malinois, Dutch Shepherds and German Shepherds among others.

A: Thank you for passing this along. I haven’t heard of this company so I’ll have to check them out.

From Eric H: Hi Jason, I’ve been watching and reading information about you and your company. Thanks for taking the time to put this together as it’s very informative. I ran across an interview with you, where you mentioned a Spy and Chase show happening in foreign countries. Can you let me know where I can read more about this show and possibly how to partake in it. Thanks Jason, Spy On!!!

A: I’m not 100% sure what you’re referring to or which interview you saw. However, I have mentioned that we’ve been approached by several reality show companies about doing a spy show overseas and that is something still in the works right now.

From Bob B: The wisdom of 78 years doesn’t help with memory problems much. I really enjoy your presentations and the various items that you make available. I seem to show my age quite clearly and the “thugs” in the streets are quick to notice. Old or not, I have no intention of allowing some punk to put me in the hospital.

A: I love your attitude. No matter your age you can always practice good situational awareness and you can carry items such as a Tactical Pen, gun, or knife to protect yourself.

From Joseph B: I’m an alternate to the Republican National Convention in Cleveland. With all the riots around the political events right now, the RNC could be dangerous. We will be driven from our hotel to the event daily and I believe security inside the event will be high. I was considering a ballistic panel for my computer bag and I carry my tactical pen everywhere, but don’t know what else would be allowed in a high security area. Any suggestions?

A: That is definitely going to be a crazy environment so it’s a good thing security will be tight. The only other item I would consider in addition to the bulletproof panel and the Tactical Pen is the Micro Spy Tool. You can get details and see a video of the Micro Spy here.