Gene Penaflor was an avid hunter and experienced outdoorsman, so when he and a friend decided to go on a hunting trip in the California mountains it was something he was prepared for.

Gene was 72 at the time and in relatively good health. During his hunting trip he separated from his hunting partner so they could cover more area. Unfortunately, Gene ended up falling and knocking himself unconscious. 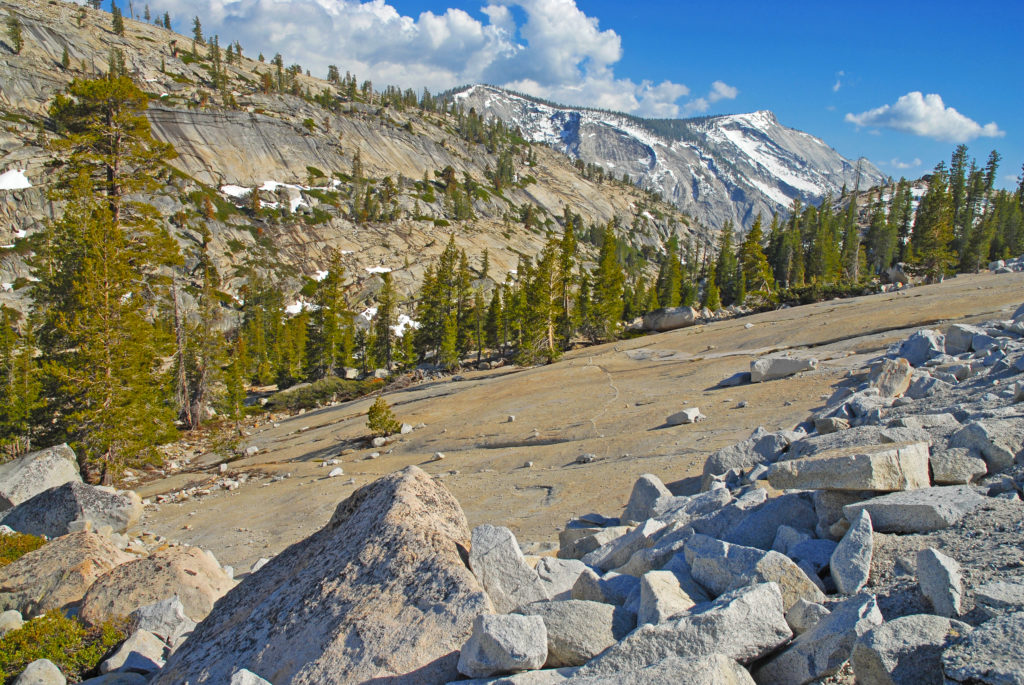 By the time he woke up he was disoriented but knew he had to do whatever it took to survive. Armed with a rifle, he survived in the mountains for 19 days by eating lizards, frogs and squirrels. He knew that shooting small game, such as squirrels, would give him the best chance to survive since it is easier to shoot and cook than large game such as deer.

Hopefully, you never find yourself in a similar situation to Gene, but if you had to survive in the wilderness or survive after a tragic disaster, which rifle is best to use?

Well, there are many different options when it comes to survival rifles but, as the saying goes, the rifle you have with you at the time is the best one. That’s why I love takedown and collapsible rifles since you can store them in your bug out bag in the back of your car and always have them with you.

One of the most popular collapsible rifles is the Ruger 10/22 Takedown. The Ruger 10/22 has been in production for over 50 years and the Takedown model came out in 2012 and is very similar to the standard 10/22 models.

The Takedown is very simple and with the push of a button and twist of your wrist the rifle can disassemble to make it more compact. When the rifle is broken down it’s less than 20 inches and weights under 5 lbs.

The Takedown is a perfect survival rifle and can easily fit in a backpack for an emergency. The Ruger 10/22 Takedown sells for around $375 and comes with a backpack for carrying the rifle.

When the rifle is taken apart all the pieces fit inside the impact and water resistant stock of the gun. Many pilots, who need a small compact rifle that can survive a crash, use this rifle. 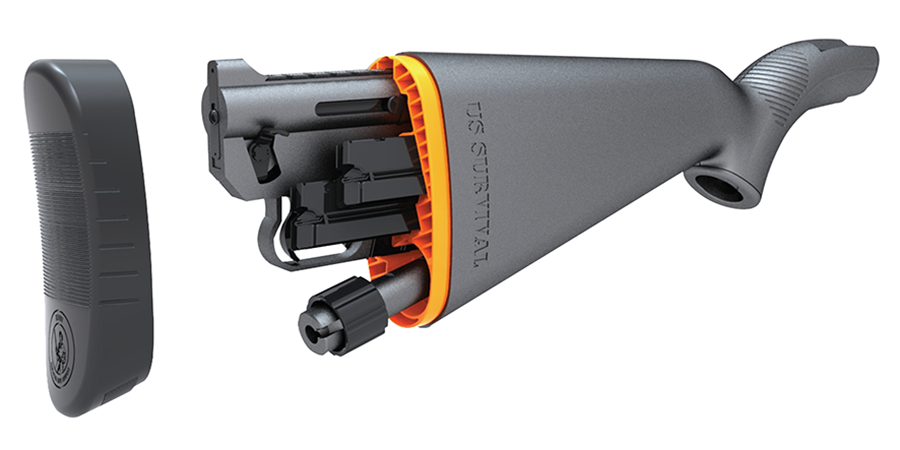 The Henry Rifle has a few more components when broken down compared to the Ruger, however it’s still a simple collapsible gun to put together. All you have to do attach the receiver to the stock then insert the barrel and screw on the nut.

Also, the stock of the rifle will float in water when it’s secured tightly, which would be a good option to have if you spend a lot of time on the water. The Henry AR-7 sells for around $250, which is a good price for a survival rifle.

The third collapsible rifle that I really like is the Kel-Tec Sub 2000. The biggest reason people want this gun is because it’s available in different pistol calibers. The Sub-2000 can be purchased in 9mm, as well as .40 calibers. It also uses magazines that are interchangeable with handguns.

In other words, if you own a Glock 19 you can buy the Kel-Tec Sub 2000 that uses the Glock 19 magazines. They also make models that use Smith & Wesson, Beretta, and Sig Sauer magazines. 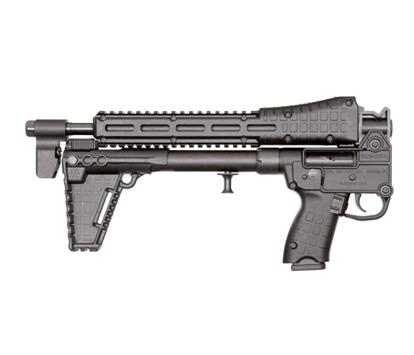 The difference between the Kel-Tec and other collapsible rifles is the Kel-Tec simply folds in half. (The barrel folds up over the stock of the gun.) There is no need to unscrew any parts and all you have to do is simply unlock and fold the rifle. When folded it’s only 16 inches and weighs 4 pounds. Depending on the caliber you want the Kel-Tec sells for around $500.

All three of these takedown rifles are relatively light, easy to carry in a backpack, and can be used to shoot small game and defend yourself in a survival situation. Each collapsible rifle has different advantages so it’s important to decide what will work best for you. (I own the Henry and Kel-Tec rifles. I also own multiple Ruger 10/22s just not the Takedown version.)

If you have any questions or comments, leave them in the comment section below.

From Eddie P: I received an e-mail about a class you offered where you would build your own AR rifle and receive training afterwards. You had various dates for this class. Unfortunately, I have lost that e-mail and I am very interested in the class. How could I go about getting the information again?

Answer: We actually have one of the Rifle Build classes this weekend but it’s full. We have two more dates this year and you can get full details by clicking here.

From Jonathan W: Jason, I have to take issue with your advice to Laura about the PPK. I have a pre WWII PPK that is dead reliable, I also have a PPS as my primary CC gun, a P99 as my home defense gun as well as a Glock and a Colt Officers Lightweight among many others.

Answer: My personal experience with the PPK was not good. I found it unreliable and I’d never carry one. I do encourage everyone to go to a shooting range and test out any gun they’re thinking of purchasing because all of us will have different experiences.

From Bill W: Do you have any knives made completely of the fabricated carbon?

Answer: No, all my knives are made out of some type of steel. For instance, the NOC Knife is made from AEB-L with carbon fiber handles.

From Brent G: Is it possible for a private lesson for 7 to 10 people on a weekend in Denver? All will be family members. All adults and have own firearms.

Answer: Yes, I do private training often. Send an email to Lisa (info@spyescape.com) and she can get it arranged.

From Neil T: Hi Jason, how’s it going? I’m from England and would just like to say thanks for sharing your knowledge/experience of working in the CIA and letting us into the spy world. Some of the tips you are telling us are very good, I’m a bit of a prepper and have always been interested in this sort of thing. Thanks again mate.

Answer: You are certainly welcome and anyone who calls me Mate is good in my book.

From Jake P: I recently received your flashlight/stun gun and have been the envy of everybody who sees it – it has been one of the best gifts from my wife!

Answer: Everyone who has one loves it and I’ve personally got them in my home and office. (If you haven’t seen the video where my wife shocks the living daylights out of me with the flashlight stun gun, click here.)

What is your favorite takedown rifle?  Share your thoughts below.