Home Blog How This Guitar Hero Stopped an Attack

This Week: Stopping a stabbing attack… How we need to react… More information about Tactical Pens on cruise ships… Reasons to use Uber… And, online self-defense training.

What would you do in this situation?

You’re sitting on the beach strumming your guitar when all of the sudden you hear horrible screams coming from nearby. You turn your head to see a man viciously stabbing a group of people. 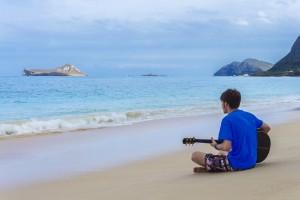 Would you freeze and continue to sit there and do nothing… would you finish playing Stairway to Heaven… or would you rush over and try and stop the knife-wielding attacker?

Well, a 26-year-old Israeli man found himself in this position and he chose to rush over to help by smashing his guitar over the attacker’s head.

According to the 26-year-old man…

“I had just sat down to play my guitar near the ocean when I heard screams from down the road. Immediately, I stood up and started to run after him with my guitar, I slammed it on his head. He was stunned and didn’t know what to do with himself. If I didn’t have my guitar in my hand he would have succeeded in stabbing me.” 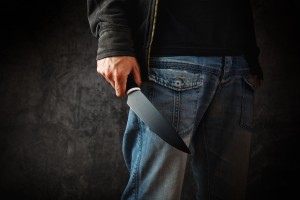 This guy is a hero because the knife-wielding maniac had killed an American tourist earlier… And if more people acted like this man we would likely be able to prevent more deaths from these random attackers whether they have a knife or a gun.

The thing is, here in the U.S., we still don’t train enough to put ourselves in the correct mindset to do something if we witness an attack like this. A lot of people will “bury their heads in the sand” and just freeze and do nothing.

But those who have mentally trained – mostly law enforcement and military – know that you need to rush toward and take down these attackers. However, the chances that law enforcement or someone in the military will be around when one of these attacks takes place is slim. 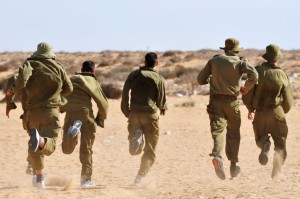 This is why we need to be our own best protector and why we need to mentally prepare. We need to know that if a guy walks in with a knife or gun we will do whatever we can to stop him and utilize whatever weapons (including a guitar) we can get our hands on.

Believe me, I pray that you and I never find ourselves in this situation and I know it is extremely unlikely that we will. But, unfortunately it happens to someone far too often these days and we need to be mentally prepared and mentally tough in order to stop these attacks.

It’s a decision that anyone can make and can run through their mind the next time they go to Wal-mart or the grocery store or the shopping mall… that they won’t freeze but will do whatever is in their power to stop an attacker.

From Ben A: As for bringing the pen onto a cruise ship I know for a fact that it is allowed. I worked for a cruise line for about 8 years and traveled numerous times with a tactical pen. Extremely useful while cruising for both notes and self-defense in a foreign country.

A: Thank you for letting us know since you were a cruise ship employee.

From Gene B: I have a couple of your tactical pens and carry one daily. We recently went on a Caribbean cruise and even though you talked about going through airport security, I was a bit nervous. No need! Didn’t have a bit of trouble either at the airport or ship security when coming back onboard.

A: All this talk about cruises makes me want to schedule one for the wife and I this summer.

From Katie L: Do you have an online course that teaches self-defense?  I’d love to take one of your live courses but I just don’t have the time to get away right now and would love to learn all I can from you until then.

A: I do have an online course that teaches self-defense. You can get all of the details about the course by clicking here.

From Jim H: I am so glad you are talking about your Last Ditch Kit. Since very few have even a 72-hour kit or bug out bag, almost no one thinks about their survival items of last resort. As you said, the included items will vary based on where people live and the circumstances around them.

A: For those who didn’t read last week’s article, make sure and check it out so you know the items you may want to consider for your Last Ditch Kit.

From Lynn F: Why people do use Uber: It’s cheaper than a taxi. It’s easier. It’s often quicker. It’s done through a phone app which people love these days. The company keeps records so if there is an incident, the driver is quickly identifiable. The drivers have to pass background checks. They are fully insured by Uber, not just covered by private insurance. There is a way to rate your drivers, and anyone below a certain rating is dropped by the company.

A: I know I am in the minority on this subject but I still won’t use Uber. Their “background checks” are very suspect and I doubt they’re doing in-depth checks.

Jim P:  I would really like to attend the Underground AR-15 Rifle Build Workshop, but I live in CA and the laws are a bit stricter to make our rifles legal. Can you help me modify the rifle we build in class so I can legally take it home?

A: Yes, if you live in CA or another state that isn’t exactly gun friendly we help you modify the rifles and make them legal for your particular state. Click here for complete details on the Underground AR-15 course.