Home Blog How this Producer’s Identity Was Stolen

This Week: How one man’s identity got hacked… How to protect yourself on public Wi-Fi… Is it safe to dry fire your handgun… Lights for your home defense gun… And, protecting yourself vs. protecting another person.

“Can you help me? My identity has been stolen.” That was the beginning of an email I received from a producer of a TV show where I’ve made several guest appearances. 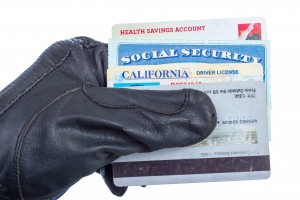 After talking with this gentleman, it was clear he had been hacked and I shared with him the measures he needed to take to make sure it never happens again, which I’ll also share with you in a moment. I told him that once it has happened you have to clear up the current mess, which unfortunately means spending a lot of time on the phone closing credit card and bank accounts and opening up brand new accounts.

But before I tell you what I told him to do let me share with you how I believe his identity was stolen.

Put simply, it most likely happened because he was surfing the Internet using public Wi-Fi, which is a terrible idea. In fact, I was just reading an article in USA Today that made this great point: “Public Wi-Fi systems such as those found on airplanes, in cafes, or at malls are completely insecure, and anyone using them should think of everything they type as being broadcast to a billboard in Times Square…”

The reason public Wi-Fi is so dangerous is because anyone can “spoof” a Wi-Fi spot and then use easy to obtain software to access all of your data. Here’s an example. When my wife and I moved to Utah a few years ago we lived in a townhouse community. 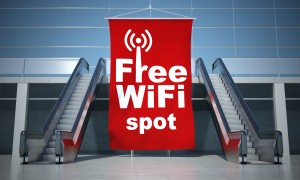 When I would log onto the Internet there were almost a dozen different Wi-Fi spots that popped up and I’m sure you’ve seen people name their Wi-Fi all sorts of funny names including FBI or Police. Well, a criminal can do the same thing and create a fake Wi-Fi spot and name it whatever he wants.

For instance, he can go into Starbucks and create a fake spot called Starbucks1 or he can go to a Holiday Inn and create a spot called HolidayInnWiFi. The fact is, people will click on these spots and they have no idea they’re fake and as they’re trying to login and using their passcodes the criminal is downloading all of this information.

In fact, in the article I mentioned above from USA Today, one of the writers for the newspaper had his identity hacked and they were able to trace it back to the GoGo Inflight Internet he used while on the plane. (Someone spoofed the GoGo Wi-Fi and the writer tried to use the fake spot instead of the real one.) 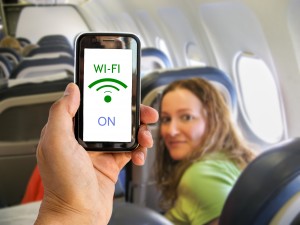 The good news is, it’s very easy to protect your identity when using public Wi-Fi even though almost nobody does it, which is especially scary since free Wi-Fi is everywhere these days from McDonald’s to the mall.

All you have to do to protect yourself is use a Virtual Private Network (VPN.) I’ve mentioned VPNs in the past but I wanted to bring them up again for two reasons. First, we’ve got a lot of new readers and second, when I hold a seminar and ask people how many of them use a VPN I’m lucky if 10 hands out of 100 go up.

The VPN that I personally use is called TunnelBear and it costs about $50 a year, which is dirt-cheap. There are also several other VPNs so you can do research if you wish and find the one you like best.

Once you’ve chosen a VPN you can download it onto your computer in a matter of seconds and you’re up and running. So, if you don’t have a VPN yet, please change that now. Before you do anything else go to TunnelBear or whatever VPN you want to use and download it so you don’t become an easy victim the next time you’re surfing the Internet at a hotel, airport, or anywhere else.

Also, before I forget, there were two things I told the TV producer he needed to immediately do so he didn’t have to worry about his identity getting stolen in the future.

The first was to get a VPN and the second was to put a freeze on his credit. If you don’t have a credit freeze yet (I’ve had mine for about 15 years now) this is something I highly recommend you do today too. It only takes a few minutes on the Internet to freeze your credit and if you do it while on public Wi-Fi definitely make sure you’ve already got your VPN installed. 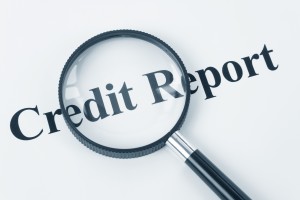 From Richard N: I shoot a Colt 1911. If I dry fire it 10 minutes a day like you suggest I’m concerned that might cause a fair amount of wear on the firing pin?

A: This is a myth. You can dry fire your 1911 until the cows come home and you won’t have any troubles. I’ve been dry firing my 1911s for years.

From William M: With all the different types of available lights and varying methods of attaching them to shotguns, which do you prefer when it comes to nighttime home defense? Thanks again for all the timely information and quality products you bring to our attention.

A: I personally use a handgun for home defense and I attach a laser/light combination to it. The one I use is made by Viridian. If you use a shotgun, consider a light attachment made by Surefire.

From Yancy C: I have not received any newsletters yet that are included with my membership. Can you help me?

A: I just checked our records and they show you haven’t yet signed up for the Personal Protection Alliance. The Alliance includes several free gifts, a monthly printed newsletter, monthly training videos, monthly gear reviews, and more. Join the thousands of Alliance members and get your free gifts by clicking here.

From Amy S: How do you ship products? I’m just wondering if I should supply you with my PO Box or my street address.

A: All of our products are shipped via USPS so you can supply us with either address.

From Bob P: As a former LEO, I have a mindset on the use of deadly force which you may be able to help me with. When on duty, I knew I had a responsibility to protect others, using deadly force if necessary to protect someone’s life. But now that I am no longer an LEO, I have had advice given to me that if I use my firearm when someone other than me is at risk, I may end up in jail.

A: Deadly force law is the same whether you’re protecting yourself or someone else. In other words, if I’m in Wal-Mart and some guy runs in and starts stabbing people I can shoot him because I believe he’s going to seriously harm or kill those people in that moment. So, whether you’re defending yourself or another you have to believe they will very quickly be killed or incur serious bodily harm.

Mark S: I will be in Cedar City and am wondering if you have a storefront that I can visit?

A: We have our training facility for students but no storefront that you can walk into and buy products. You can get all of our products from our Spy Store at www.SafeHomeGear.com.