Home Blog Why This Man is (Probably) Going to Jail

This Week: Understand when you’re justified in using deadly force against someone… Don’t end up in jail… How much ammunition to have on hand… Another reason not to use Uber… And, what items to fly with. 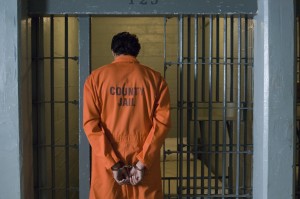 Phillipe is the New York City man who tried to sell a pair of sneakers on craigslist a few days ago. When Phillipe pulled up to meet the buyer he found himself looking at the wrong end of a gun.

The buyer, Zachary Sams, said he was going to shoot Phillipe if he didn’t give him the $190 pair of sneakers, which Phillipe did.

As soon as Zachary Sams got the tennis shoes he walked across the street thinking he’d just gotten away with robbery. However, Phillipe had other plans. He turned his vehicle toward Sams and essentially mowed him down causing Sams’ arm to be severed off. 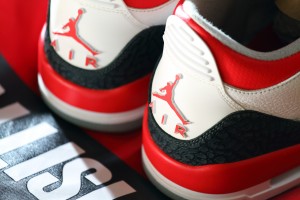 Now that the smoke has cleared, prosecutors in New York City have charged Phillipe Pierre with attempted murder… and they’re exactly right to do so.

The fact is, when it comes to the use of deadly force, which includes mowing someone down with a vehicle, you have to be in fear for your life or serious bodily injury at the moment that you use the force.

In other words, when Zachary Sams pulled the gun on Phillipe, Phillipe could have drawn his own gun and shot him or stabbed him or done a number of things at that moment and he would have been fully justified. 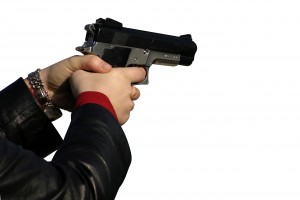 After all, I don’t know too many people who wouldn’t be in fear for their life when someone pulled a gun on them and said they were going to shoot them.

However, once Zachary Sams had the shoes and was walking away he was no longer a threat to Phillipe and Phillipe could have driven off and called the police. Instead, Phillipe made the effort to turn his car and run down Zachary Sams when the kid wasn’t threatening him anymore.

So, if you carry a gun like I do, or if you ever think you may need to defend yourself, please make sure you fully understand deadly force law before you end up in jail. 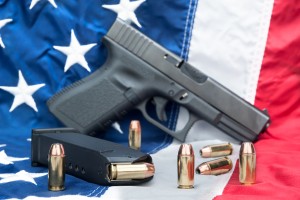 In most states, when you get your concealed carry permit they cover this and if you don’t have your permit then find someone who understands the laws in your state.

Unfortunately, Phillipe Pierre who was previously an average law abiding citizen may be going to jail for a long time because he didn’t understand when he could use deadly force against another person.

From Pete G: Jason, I enjoyed you on Coast to Coast last night. Very informative and made a lot of sense. I have two granddaughters and three grandsons that need to hear what you have to say.

A: Doing the Coast to Coast AM interview was great and I definitely hope you pass on the information to your grandchildren and anyone else you can.

From Jordan B: How thick is the Escape & Evasion belt? And how far out
are orders?

A: The Escape & Evasion gun belt is ¼ inch thick and orders are 10 days out so you won’t have to wait weeks to get a belt. (Click here for details and to order.)

From Darren M: Been reading a lot of your blogs and am learning a lot. I own a few rifles and a couple of handguns. For a disaster situation or just being prepared, how many rounds do you feel is the minimum you should always have in hand?

A: At a minimum, I would have 1,000 rounds of ammunition for every caliber you own. Over time, build up to 5,000 rounds per caliber if you can.

From Rod S: The irony is I also do NOT use UBER. However, my reason may seem odd to people. First and foremost, I don’t have enough information on the company… meaning I don’t understand how a company can simply “hire” regular folks to do “Taxi & Limousine Commission” type work so easily. Back when I was growing up, it was illegal or at least “frowned upon” by police to have a person ride in the backseat while you’re driving your personal vehicle for thoughts it would look like you’re earning money without a license doing that, and now anyone can simply sign up and become a “livery car service”???!!!! I don’t understand or trust it, so I don’t use it.

From John K: I’ve flown weekly to a lot of the US over the past 6 months, only this last trip was my card knife found and of course I voluntarily surrendered it. I had forgotten totally that it was in my wallet. Tactical pen has yet to raise any concern. Thanks for all you do Jason.

A: It is scary how many people are able to fly with their credit card knives and that it take months before they get found. It just proves the point of needing a way to protect yourself on an airplane, which is right where the Tactical Pen comes in, as you said.

From George P: I work in international development in some moderately hazardous spots such as Ethiopia. I find your book and tactical pen great. I’ve been through some Department of State training but need more help with working without a security detail.

A: Consider taking our 2-day Spy course, especially with the places you travel. The Las Vegas Spy course is sold out, but we do have a few open seats in the Washington, DC training later this year. Click here for full details.