This Week: Why you always check your bag before flying… What to carry in your bag when flying… Why I don’t use Uber… The Intelligence Ops course… And, if you use pepper spray, do this…

Over the weekend, I got together with a friend that I don’t see very often. As we were sitting down to lunch he got a very serious look on his face.

He said he needed to tell me something that had been weighing heavily on his mind and had caused him a lot of stress in his life. From the awkward way he was saying this I was waiting for him to tell me that he’d murdered someone or had cheated on his wife or something crazy like that. 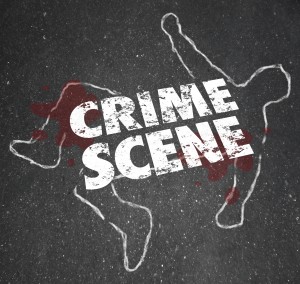 He continued talking, saying he’d been in Las Vegas a few weeks back. He was carrying concealed as usual and was carrying the Smith & Wesson M&P Shield along with a spare magazine in his pocket.

When his trip in Vegas was done, he unloaded his gun and locked it in a hard-sided case to go back to California where he lives. He threw his spare magazine in his backpack.

Well, a few days later this friend had to leave on a business trip. As he was heading through airport security detectors one of the TSA workers held his backpack up in the air and asked whose it was. Moments later, the police and a whole host of other people were surrounding my friend. 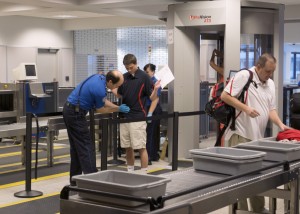 He’d accidentally left the spare magazine in his backpack, which he explained to the police and TSA workers. Thankfully, he wasn’t detained and was let go with a ticket. They told him that all he had to do was pay a fine and to go to the courthouse as soon as he could to pay it.

After his trip, he went to the courthouse but was told he needed to appear before a judge and that this was much more serious than he thought. All of the sudden he was panic stricken and all sorts of thoughts jumped in his head about how he was going to lose his job or lose his concealed carry permit.

He ended up hiring a lawyer (which cost him a small fortune) and on the day of court he was prepared for the worst. He was set to appear at 8:30am and at 8:15am his lawyer notified him that everything had been taken care of. He didn’t have to go to court, the charge was dismissed and nothing would ever show up on his record. 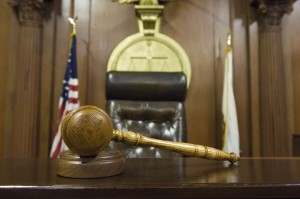 My friend was so grateful and now checks his carry-on bag a million times before heading to the airport.

This is a great reminder for all of us to be more diligent in checking our bags before we fly. The fact is, TSA reported that last year they found a record 2,653 guns in carry-on luggage and you obviously don’t want to be one of those folks or even like my friend.

That’s why, even though I fly often, I check my bag each time for the following reasons: 1) I want to make sure there’s nothing that’s not supposed to be in the bag such as a knife or gun and 2) I want to make sure I do have ways to protect myself, which is why I always fly with my Tactical Pen and Micro Spy Tool.

From Gary B: My wife is 91 and thinking of not buying a car but using Uber taxi to get around town. Reading your thesis on taxis in your book, I’m wondering what you feel about Uber taxi? Are they as bad as a taxi, or could she do well with this mode of transportation?

A: I have never used Uber and don’t recommend it. In my opinion, they’re more dangerous than Taxis and it’s a lot easier for a criminal to sign up as an Uber Driver. Uber claims they do background checks but they must be using only the $9.95 background checks that are a joke.

From Larry Q: I’ll be flying in to SGU on April 14th for the AR-15 experience.  Do you know if there is a shuttle service from St George to Cedar City and back to St George?

A: Yes, there is a shuttle that travels back and forth frequently. Simply do an Internet search for “St. George Shuttle.” (There are only 7 seats left for the April Underground AR-15 Experience. Click here for full details.)

From Athena C: That disguise is incredible. Will the Personal Safety and Intelligence Operators course be available on video?

A: This is a live-training course only. There will be no video and each attendee does have to pass a background check.

From Stephen B: I was in the army for 8 years. Two years as a military police officer. I now have my own private armed security company. To reduce the chances of getting my own spray on me, I use a pepper gel spray. I also use a Cs military tear gas and pepper spray combination to make sure it affects more people. The combination not only burns but messes up the senses thus greatly reduces the chance that the bad guy will not be immune to its effects.

A: Good idea. If you’re going to use pepper spray you’ve got to be very careful so it doesn’t end up affecting you.

From Jack V: I wanted to send my wife to the training in Las Vegas. I returned to your sight today to find that the class is full. Will you please contact me if a spot becomes available?

A: The Las Vegas Spy course is completely sold out. I have put you on the waiting list and will let you know if any spaces become available. The next open Spy course is in Washington, DC. Click here for details.