This Week: Spy tradecraft training… My creepy looking disguise… What you should carry in the back of your car… Why I don’t like pepper spray… And, legal coverage in the event of a self-defense shooting.

The past two weeks, I’ve been teaching a Personal Security and Intelligence Operator’s course. This is a course that teaches you true spy tradecraft such as dead drops, brush passes, eliciting information, and how to lose surveillance in a vehicle.

In this course we also cover disguises and how intelligence operators can properly use a disguise to get their job done. While we don’t have the resources of Hollywood (or the gov’t) when we’re doing disguises, it really doesn’t take too much to put together a quick disguise.

You can see a picture of me in disguise during the course below, and then a picture of what I really look like… 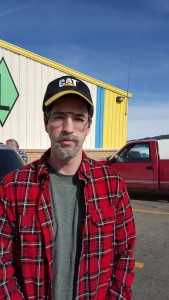 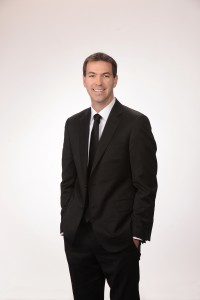 My disguise picture is what is called a “close disguise” meaning people can get close to me and it’s good enough that they can’t recognize me. There are also “distance disguises” that are good from a distance but not from up close. A distance disguise might be just throwing on a ball cap and changing your shirt.

Now, unless you’re in the intelligence business you probably don’t ever get in disguises. But, I would recommend that you keep at least a baseball cap and t-shirt or jacket in the escape bag that is hopefully in the back of your car.

As far-fetched as it might seem, you never know when you’ll need to cover up so people don’t recognize you. Perhaps you end up in a place where being a certain race will get you in trouble so you don’t want people to see that you’re white or black or whatever race you might be. 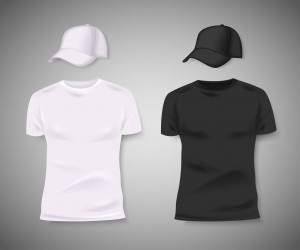 Also, what if you’re traveling overseas and you need to quickly cover up so that people can’t tell you’re an American or other nationality?

Like I said, I know the chances of you having to utilize a disguise are extremely slim. But in this unpredictable world we live in it’s better to have a t-shirt and baseball cap in the back of your car just in case than to need it and not have it.

From Roy P: Hi Jason, I enjoyed your book. What are the dates for the next Ultimate Spy Week?

From Bob P: I agree with your advice on where to sit in a restaurant, but I have been in a few where the seats in the rear were the farthest from the nearest exit. If some lunatic, or terrorist (if there’s a difference) comes and starts spraying rounds around, this would greatly reduce the odds of escape. Thoughts?

A: You bring up a great point and you are right. Most restaurants I’ve been in have had an exit to the rear near where I’m sitting. If there wasn’t one, then I would change tables to be closer to the exit. Don’t forget that there is always a back exit out the kitchen for staff.

From Richard H: I have been told to use mace or pepper spray, your views please.

I don’t like it and I don’t use it. It doesn’t affect everyone, plus if it’s windy you can accidentally get it in your own face. I prefer a gun, a knife, and a Tactical Pen.

From Rich F: I’m a Personal Protection Alliance member, how can I tell if my legal fees would be covered if I was to ever (God forbid) have to use my firearm in self-defense?

A: Titanium Alliance members get $1 million worth of legal coverage in the event of a self-defense shooting. The only reason it would not be covered is if you did something illegal and shot someone not in self-defense. Click here to join the Alliance as a Titanium Member.