This Week: The story of Cassidy Wolf… What you need to do ASAP to your computer… I’m getting ripped off… Belize… Get a free survival keychain… The Ultimate Spy Week 2016… And, how the stun gun works.

You may remember the following story about a young woman from California named Cassidy Wolf. Cassidy was Miss Teen USA and was on her computer one day when she received an anonymous and threatening email.

The man who sent the email said he had thousands of pictures of her, including many nude ones, and that he’d been watching her for over a year. 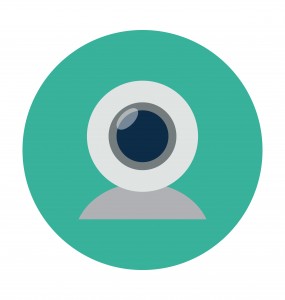 He was going to put the pictures all over social media unless she got on Skype with him and agreed to do a series of inappropriate things.

Smartly, Cassidy and her parents got the FBI involved and they eventually caught the dirt bag that was watching her. The dirt bag’s name is Jared Abrahams and he was a computer science major in college at the time. 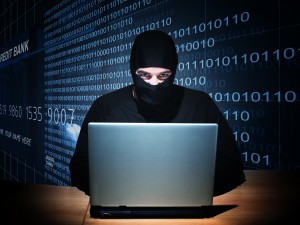 He’d not only hacked the webcam of Cassidy Wolf but as many as 40 other women, some who gave in to his sick blackmail demands instead of calling the police.

In an interview with Business Insider Cassidy said about the whole ordeal: “Your bedroom is your most private and intimate space. To think that someone was watching me in my bedroom for a year and had all my most intimate moments, he had conversations I had had with my mom and my brother, and knew everything about my life — someone can have access to all of that by your computer.”

As a father of two daughters, I get filled with anger just thinking about people doing this to young women. If it happened to one of my daughters I’d sure like do things to the perpetrator that our legal system frowns upon. 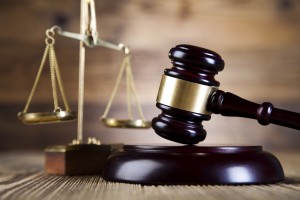 Unfortunately, with the rate that technology increases every year there’s going to be more programs and more ways for criminals to hack people’s webcams and other computer devices.

This is why my computer has a piece of paper taped over the camera. This is such a simple thing to do and only takes 5 seconds and it ensures that nobody can watch you.

What’s more, I don’t bring my computer into my bedroom either. As Cassidy mentioned, the bedroom is an incredibly private space where you likely have conversations with your spouse that you don’t want others to hear. My computer stays in my laptop bag when I get home from work and when it does come out, I’m usually sitting in the living room checking email for just a few minutes.

Also, don’t forget about all those other devices that have cameras too, like your phone and your iPad. While you might not want to cover the camera on these devices I still wouldn’t use them while you’re in a “comprising state” that you don’t want others to see.

The fact is, it’s sad that we have to do these things, but it’s the price we pay for living in these times. So if you’re reading this article and your computer doesn’t have a piece of paper taped over the camera, please go do it before you forget.

From Chad L: I’m one of your biggest fans. I got this email today that is exactly like you’re stuff. They are hijacking your schtick.  Just an FYI.  I’m sure it’s un-preventable but it’s still jerk thing to do. These guys have lost credibility in my eyes.

A: The more public I make the business and the more people I train, “knock-off” artists do appear. I don’t think they realize how it embarrasses them and makes them look bad since they don’t have the background or experience to teach this and since they sometimes even use the exact words from my website.

Lilac C: Hi, I know you are busy and get lots of orders. I just ordered a keychain and wondered if you can please send me a colorful one. I’m artsy and like colors. Plus a colored cord would look more like a lanyard, cute item and less utility like, hence more secret spy like 😉

From Gary C: Jason if you are going to Belize, I was there a year ago for a month. If you need a few suggestions where to go in Belize let me know.

A: I may take you up on that. I’ve never been to Belize and would like to travel there this year. (My wife wants to stay in one of those overwater bungalows.)

From Bill O: Does the stun gun work from a few feet away or does it have to make physical contact to work? It looked like from your video it did not make contact to be effective.

From Allen L: If I want to do the Spy Week with my company what’s the number of people you need to do this for our private group?