This Week: How we stop the terrorists… A drive-by shooting near a reader’s home… Why I don’t like gun safes with fingerprint access… Another camera option for home defense… And, staying in condition yellow while in Rome.

You’ve no doubt read countless news articles regarding the horrific terrorist attacks that took place in Paris. And, yesterday, ISIS continued their threats this time against our own country.

The fact is, we live in an unprecedented era and it’s about time that our country shifted gears and did more to encourage our citizens to protect themselves.

Let me further explain how we can do this and tell you what this has to do with an email a customer sent me about a drive-by shooting near his house. 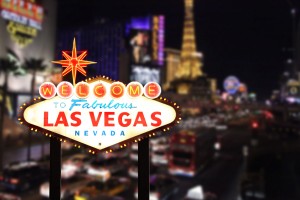 On Monday morning, I checked my email and found this message about a shooting…

“It’s currently 11 P.M. here in Vegas on Saturday. My wife and I usually go to bed around 10. We were sound asleep when I heard 4 (it’s crazy how I can tell you exactly how many) gunshots in front of our home. I immediately jumped out of bed and retrieved my handgun from the safe. I ran and grabbed both girls and threw them to my wife and set up a chokepoint at the top of my stairs. I proceeded to clear my house working my way to the front door. As I carefully looked out the window I could see cars and people scrambling everywhere outside. My wife was on the phone with 911.

The people who live directly across the street were having a birthday party. Apparently, there was a drive-by shooting targeting their home. There were 4 shell casings in the middle of the road directly in front of my home. Our street is currently blocked off with 2 helicopters above.

Jason- It is amazing how quickly you react from your training. I was out of bed and had my gun safe open before my wife even realized what happened. I have no doubt if there had been someone breaking into my home I would have stopped them at the stairs.”

For anyone, that would be a scary encounter and thankfully this gentleman and his family were all safe. But the key lesson here is that he had prior training and so was able to react within seconds. Because of this, if someone were coming into his house he would have been able to stop them.

Training is what we need more of as a country to better prevent terrorist attacks and to stop hundreds of innocent people from becoming victims.

You see, I’ve had multiple teachers who’ve taken my training over the years and they always comment, “We love this. We’d love to have you do an assembly and teach this to the kids.”

I have never done an assembly because the superintendent or principal always blocked the idea and said this information shouldn’t be taught to kids or wasn’t politically correct.

But the fact is, every school in our nation should have a “Self-Defense/Terrorism Response” course. This training would be age appropriate and it would teach kids how to deal with a terrorist attack.

What’s more, this wouldn’t be a Rambo-type of class, it would be training for every American and it would teach people the proper response to an attack. It would save lives and give people more confidence to handle a terrifying situation.

Truthfully, it’s sad we have so many school subjects (many of them worthless) but we don’t have a self-defense/terrorist response course in classrooms and universities all over the nation. We especially need this type of training because when someone walks into a mall or restaurant with an AK-47 the training will kick in and who knows how many lives it could save. 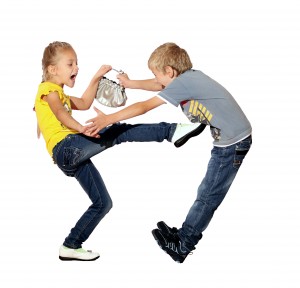 The bottom line is, our country needs to have this type of curriculum in schools that trains people how to stop these attacks instead of being sitting ducks.

In other words, as Lt. Col. Dave Grossman famously said we need to do more as a society to create Sheepdogs instead of sheep. Unfortunately, with the current generation of kids it seems like we’re doing the exact opposite.

From Gary C: Jason what do you think about guns that have finger print access. Would you buy one it look like this is coming also there are ones that will have wifi with a watch or ring. Thanks again for all your great info at the seminar here in Las Vegas. I still learning for everything you and Michael taught us.

A: I don’t like fingerprint access safes and don’t own one. I’ve heard too many horror stories of people not being able to open them because their finger was too dry, too sweaty, too dirty, etc. Also, I don’t like the watch or wifi ones either. Just too much technology that can break down and cause your safe not to open at the wrong time.

From Mark M: Jason and co, first off I’m very proud to have taken my cc and advanced pistol course with such a celebrity! It seriously changed my wife’s whole perspective on security and firearms. I read your camera article and would like to offer an alternative solution we use. The Samsung Smartcam is better then drop cam in my opinion because it backs up to an SD card instead of the cloud.

A: Thank you for passing this along. I’ll check out the Samsung and I’m sure many other readers will too. (You can see the camera here: Samsung SmartCam) 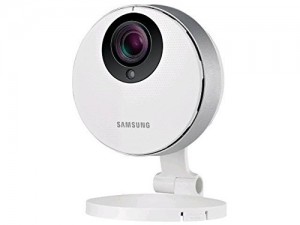 From Jetta M: When in Rome with my sister, I was on yellow alert, and became aware of a man who was wandering around the circumference of my sister and I as we were waiting for a train. At one point, I noticed my sister’s small carry on bag was facing somewhat outward from where we were standing. I had already told my sister my suspicions of this man, and when I saw the position of her bag, I turned it inward and put it in the middle of the circle where the other bags were between us.  I turned around to look for the man and he was gone. I couldn’t find him anywhere. So thank you so much for your help! It has been very useful!

A: Nice job being aware. In Europe, there are petty thieves everywhere looking to take advantage of Americans who aren’t paying attention.

From Bob A:  How can I review what I’ve ordered from you in the past without having to call your office each time I have a question about it?

From Hannah Y: I have been looking for a course like this for as long as I can remember! What are your spy school course dates for 2016?

A: Right now, there is only one Spy School date for 2016. You can get the full details and register, right here.