This Week: An excellent question from a reader… Hollywood myths about the shotgun… What shotgun I would use… The best communication device for a grid-down scenario… And, where to get the audio version of my new book. 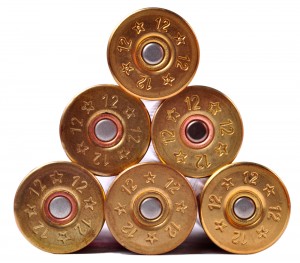 A few days ago, I got this excellent question from a reader named Karl L…

“I find it interesting that you recommend a rifle over a shotgun for home defense. All the other experts I have talked to and research I have done point to a shotgun because with 00 buckshot you don’t have to be dead on accurate to stop an intruder. They all have told me the other issue with handguns and rifles is they take longer to master well enough for home defense and are harder to use. I respect your opinion greatly, so can you please talk on this issue more? I recently bought my first gun, shotgun, based on all this. Thanks.”

And, here’s my answer and the reason I prefer an AR over a shotgun for home defense…

It seems there’s been a huge myth that’s developed over the years thanks to Hollywood and so-called experts. This myth is that the shotgun is great because you really don’t have to aim, you can “spray and pray,” you don’t ever have to train with it, and all you have to do is rack the shotgun and the burglars will magically disappear.

The fact is, every gun owner is responsible for every bullet that leaves our gun. I don’t like the fact that some folks are touting the shotgun for home defense because “even with your eyes closed” you can hit the target and you don’t have to know what you’re doing with the gun. 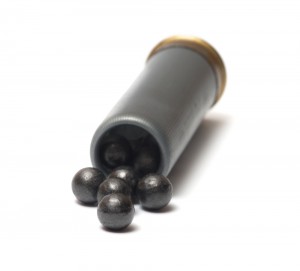 I personally believe every gun needs to be respected and you need to train with every gun you plan on using for personal protection. So, if you’re going to use a shotgun for home defense that’s great, but make sure you go to the shooting range often, that you practice loading (combat loading too), and that you truly know how to manipulate the shotgun.

If you’re going to do all these things then you’ll have no problem taking care of yourself if you have to use your gun during a home invasion. (If I had to use a shotgun it would be a Remington 870 with 00 buckshot.)

The reason that I prefer the AR is that it holds more ammunition and it’s very easy to operate. I think the problem is that the AR looks more intimidating and so it scares many folks away.

But, if they took a rifle course they’d quickly realize how simple it is to use. And, if you had a truly horrific home invasion scenario with multiple intruders you’d probably wish you had the AR since it has 30 rounds versus a shotgun that may have 5-7 shells.

The bottom line is, the gun you use for home defense obviously comes down to personal preference and is purely your choice. Just make sure that whichever you choose, you don’t buy it and just throw it in a safe and never train with it. Take it out to the range and become proficient so there’s no question you’ll be able to properly operate it should your life ever be in danger.

From Roy P: Have you ever considered producing an audio version of your newest book. I typically have 1.5 hrs. downtime each day commuting thus an audio version would be the most cost effective method to infuse me with the knowledge you are willing to share.

A: I have produced an audio version of Spy Secrets That Can Save Your Life. It’s available on Amazon right here.

From Chris F: I want to learn a martial art but there are so many out there. And each one says they are the “best.” What do you think? What martial art would you recommend to learn for someone who only wants to give themselves the best chance of protecting themselves and their family in the event the stuff hits the fan. Look forward to your thoughts.

A: I would recommend taking Krav Maga. I’m sure there are many schools close to you that offer this training.

From Bill S: Just happened to need camera’s for my apt. today. Keep up the good work. Your system is a good starter (not going over board on fancy dancy system) so if my system needs up grading in the future I can always use your suggested system elsewhere. Thanks for the good info.

A: When it comes to surveillance cameras the good news is that there are a lot of options. You can definitely start inexpensively and basic then add on to most of them when the time is right.

From Bob M: I’ve been trying to find a decent app for off grid (wifi or bluetooth direct) voice communications. Background is that I have 2 daughters in college together and would like to be able to contact them if I was in the area and there ever was an incident. Thinking ahead, the cell towers would probably be overloaded with voice and data as well as the school-wide wifi.

A: In my opinion, the best thing for a grid down scenario would be a BaoFeng radio. They’re inexpensive and you can leave them plugged in at your house (or dorm room) at all times so they’ll always be charged.

From Kyle J: Hi Jason, I just finished reading chapter 5 of your book and I was just wondering if you could clarify something for me. So even if you expecting a delivery you don’t answer the door? Only answer if you expecting a specific person? Also what is the best way to handle not Ignoring the door if it rings and its unexpected.

A: Yes, if am expecting someone or it’s someone I know, such as my next door neighbor, I do answer the door (I don’t receive any mail or packages at my home, only at a mail box in town, so a delivery person would be suspicious to me). However, if it’s a complete stranger I don’t simply ignore the door because they may think the house is vacant and try and break in. Instead, talk to them through the door and let them know you’re not interested in what they’re selling or they can just leave the package on the step. (It’s socially awkward but it works.)