This Week: How to protect your home for a fraction of the price… A good surveillance camera choice for use indoors… The CIA reads my material… And, swapping out barrels of a gun.

In order to get a high quality surveillance camera system it’s going to cost you around $1,500 for a set of four cameras. These cameras are not wireless and so you’ll have to run wires into your house. 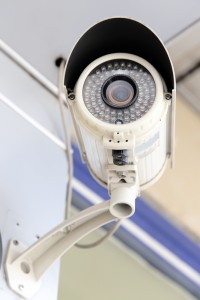 This system will allow you to monitor your house via your smart phone so you can see what’s going on even when you’re at work or on vacation.

It will cost you about $240 to set up this four camera system, which is far less than $1,500. However, the tradeoff is that you will not get all of the smart phone features and won’t be able to check your cameras whenever you want.

The cameras you’re going to use to set up this more affordable surveillance camera system are trail cameras, also called game cameras or scouting cameras. Put simply, these are the cameras that hunters use to scout game. 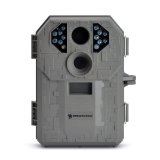 These cameras have a variety of settings and you can put them on picture only mode where they snap a series of pictures over about a 10-second period or you can have them on video mode where they take a 10-second video every time the motion sensor is tripped. Below is one of the videos where I’m (poorly) attempting to look like a burglar. (Just click on the blue STC_003 link to see the short video.)

These game cameras can be plugged into a regular outlet or they can be run on AA batteries. The specific camera that I use for my surviellance camera is called the Stealth Cam STC-P12 and its features include:

These are not the only cameras of this type available. In fact, there are many other game camera makers out there from companies such as Moultrie and Browning, which can take surveillance photos like the one below. 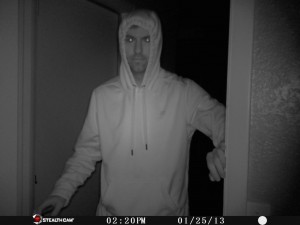 So, not only are these cameras good for hunting or for that remote cabin in the woods, but they’re also an inexpensive option for your home if you’re looking to invest in some additional home security.

Just remember, after you set up these cameras you need to test them to make sure the videos and pictures are covering the intended area. In other words, you don’t want to find out after an attempted burglary that the video cut off the burglar’s head since it wasn’t positioned high enough.

From Kelly N: Looking to become a OC/Handcuffing instructor…do you have that course with your Academy? If not, can you recommend anyone in the VA/PA area.

A: We don’t do OC or Handcuffing instruction and, unfortunately, I don’t know anyone in the VA or PA area who does. I would talk to local law enforcement in your area and see if they can recommend anyone.

From Deirdre R: A big shooting buddy of mine is looking at a CZ .40 SP-01 and getting the Kadet Adapter so he can modify from .22 to .40 just changing the slide. Is this something you would advise?

A: The only thing I would do differently is that I would get the 9mm version of the gun instead of the .40 since I personally prefer the 9mm over the .40.

From Chris F: I live in NYC and I wanted put a surveillance camera outside of my apartment door. Could you recommend brands and/or models? Thanks. Look forward to taking a live class with you one day soon.

A: You can use the cameras I recommended in today’s article. Also, if your apartment is located inside a building so that the camera won’t be outdoors in all kinds of weather, take a look at Dropcam.

From Stephen F: I assume the CIA vets your course material? Is this true?

A: Yes, the CIA has to read my material. I had to send them my new book and they had to approve it before I could release it. You can see the CIA disclaimer in the beginning of the book. (Click here if you haven’t gotten my book and the $763 in FREE gifts yet.)