This Week: What a terrible case of poison ivy forced me to become a better shooter… How to choose a home surveillance camera… If it’s legal to fly with a bulletproof panel… And, my opinion on caltrops.

I am highly allergic to poison ivy.

I grew up in Virginia and my house was surrounded by woods so I used to get poison ivy all of the time as a kid. My skin would bubble and ooze fluid (gross I know) and I’d be laid up for a few days. 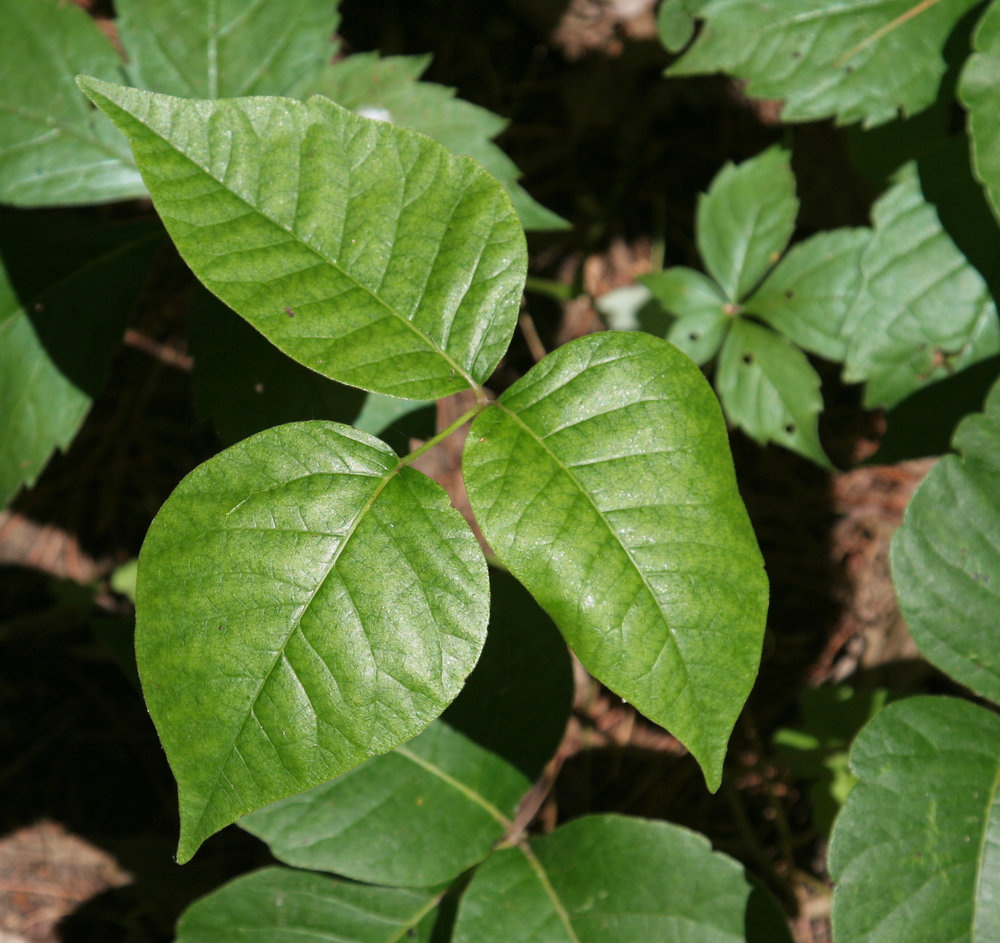 Thankfully, I hadn’t got poison ivy for about 15 years, until last week. I was training in the very thick woods of Louisiana when I got both chiggers and poison ivy.

My skin started doing its “bubble thing” and as soon as I got back to Utah I went to the doctor to get a cortisone shot. When the nurse walked in to give me the shot I rolled up my sleeve and she explained that this shot needed to go somewhere else.

Despite the fact that I got the shot, that I was taking Prednisone, and that I went to Walgreens and purchased almost every anti-itch cream ever made, it still took several days to clear up and it was a miserable experience. 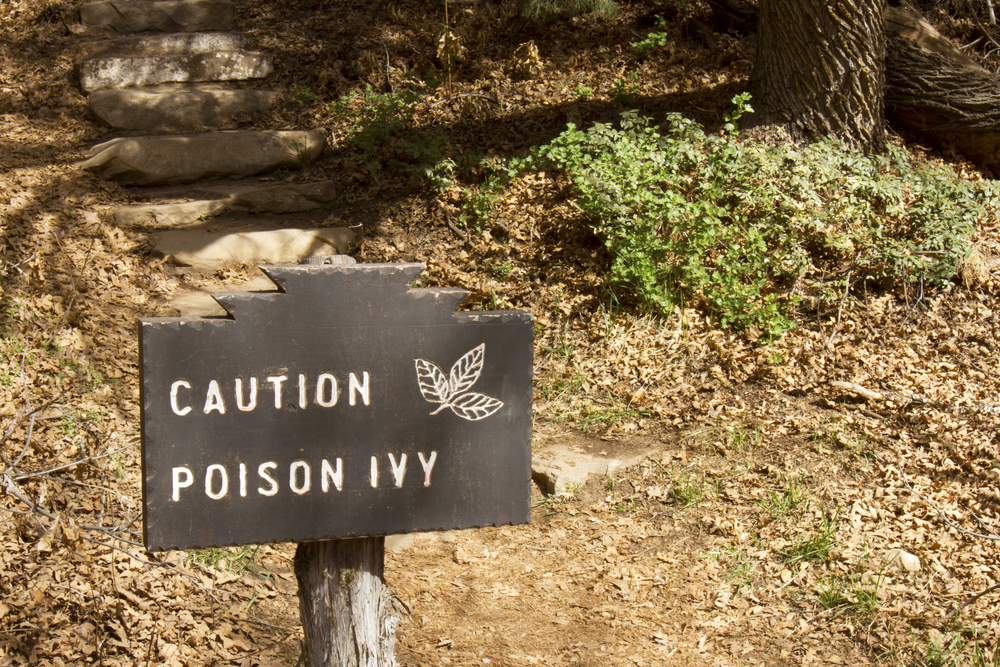 During this time, I still tried to keep my normal routine and go about business as usual. This includes carrying concealed everyday and also doing 15 minutes of dry fire handgun practice daily.

The thing is, my right hand was covered in poison ivy so I couldn’t get my normal two-handed grip on the gun. The fingers on my left hand would have been all over the ivy on my right hand and it wouldn’t have felt great, to say the least.

This forced me to do one-handed dry fire practice, which I do anyways, but don’t spend as much time on as I should. After all, since most of us aren’t as accurate with just one hand (and we hate missing) we don’t train one-handed that often, but after the poison ivy I’m a better shooter. 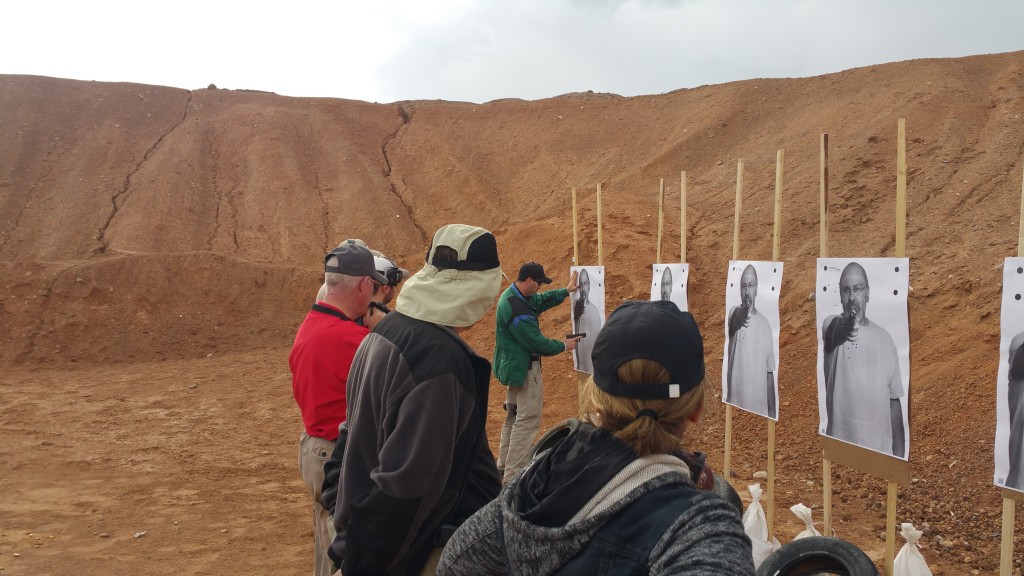 But the fact is, of the many people I know who’ve been in gunfights about half of them have involved one-handed shooting. This is because the other hand was carrying something or because the shooting took place at such a close distance they just drew and fired one-handed. If it comes down to it, you need to be the better shooter.

The important thing to practice with one-handed shooting is that you make sure your support hand is out of the way. In other words, when I practice, I keep my left hand touching my stomach so I don’t have to worry about it getting muzzled (or in real life, shot). 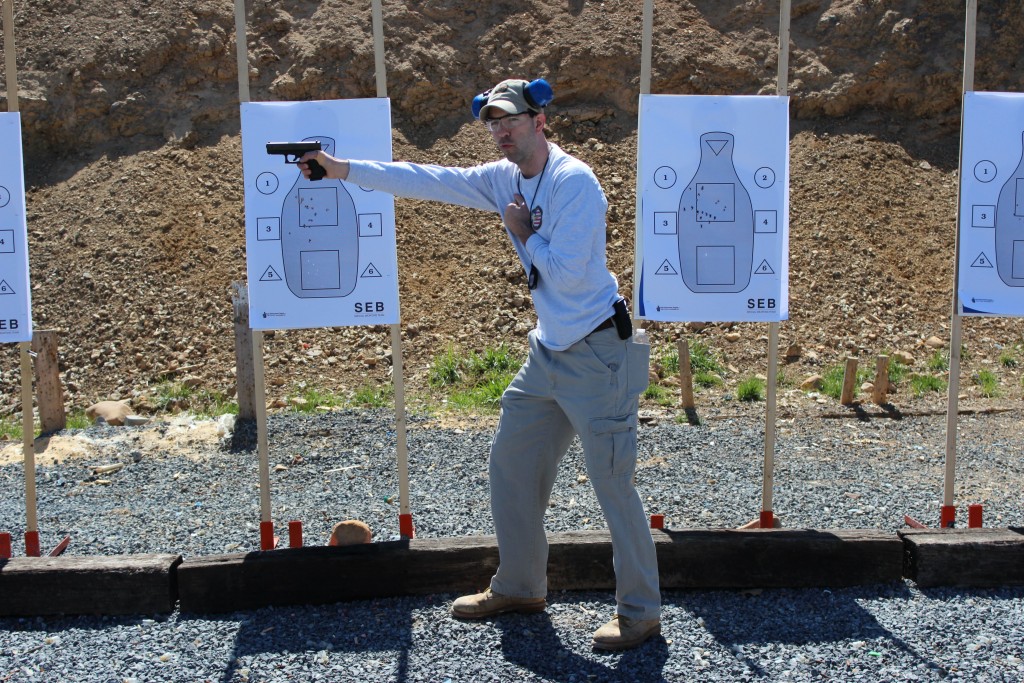 Also, when I shoot one-handed I cant the gun in towards my body at a slight angle. This works for me and doesn’t have an impact on my accuracy. Of course, once you practice dry firing one-handed, go to your local range and do some live fire to ensure you’ve been training properly.

Like I said, I realize practicing one-handed shooting isn’t everyone’s favorite activity, but it’s important to train this way and become a better shooter. I just hope you’re not forced to do it because of poison ivy (although it was a good reminder for me to do it more often.)

From Robert F: I am sorry to bother you but I don’t know whom else to turn to, and I have grown to trust your advice. I live in Las Vegas and recently we have had several home break-ins in the last few weeks and my wife really wants external home video cameras. What in your opinion is the best for the buck? Thank you so much for all you do for us.

A: There are several factors to consider. If you already have an alarm system you can go through your company such as ADT or Brinks. If you want to do it yourself you need to decide if you want to go wireless or not. (Wires means you have to drill holes into the house to run the wires.) Check out Uniden for both wire and wireless setups and check out Arlo for wireless.

From Matt R: Hi Jason, I was thinking of buying a bulletproof panel so I can place it in my backpack. I travel a lot and wanted to know if its legal to go through airport security with one of them in my bag? Or will it get flagged? I’m always looking to be safer while I’m traveling and want the most protection I can get. Thanks!

A: Yes, it is legal to take your bulletproof panel through security. I have flown all over with mine and it’s always in my laptop bag. (We’re getting a new shipment of bulletproof panels October 1st, so click here to reserve yours now.)

From Ben W: Do you actually write with your self-defense pen, or just use the fact that it is a writing instrument to cover its actual purpose?

A: I do actually use my Tactical Pen for writing whenever I need it. The plus of the Tactical Pen is that most of us carry a pen to write with anyways so it might as well be a Tactical Pen that can serve more than one purpose.

From Steve W: I think caltrops are a great idea for non-lethal escape in a motor vehicle.  Do you have an opinion on caltrops?

A: For an extreme emergency situation (Mad Max scenario) I am a fan of caltrops. You can buy them online or they’re easy to make yourself. (You could even just carry around some roofing nails in your car.)